We dont even know who created the bitcoin system, it could be a criminal who suddenly pulls the rug.

This is how I imagined it 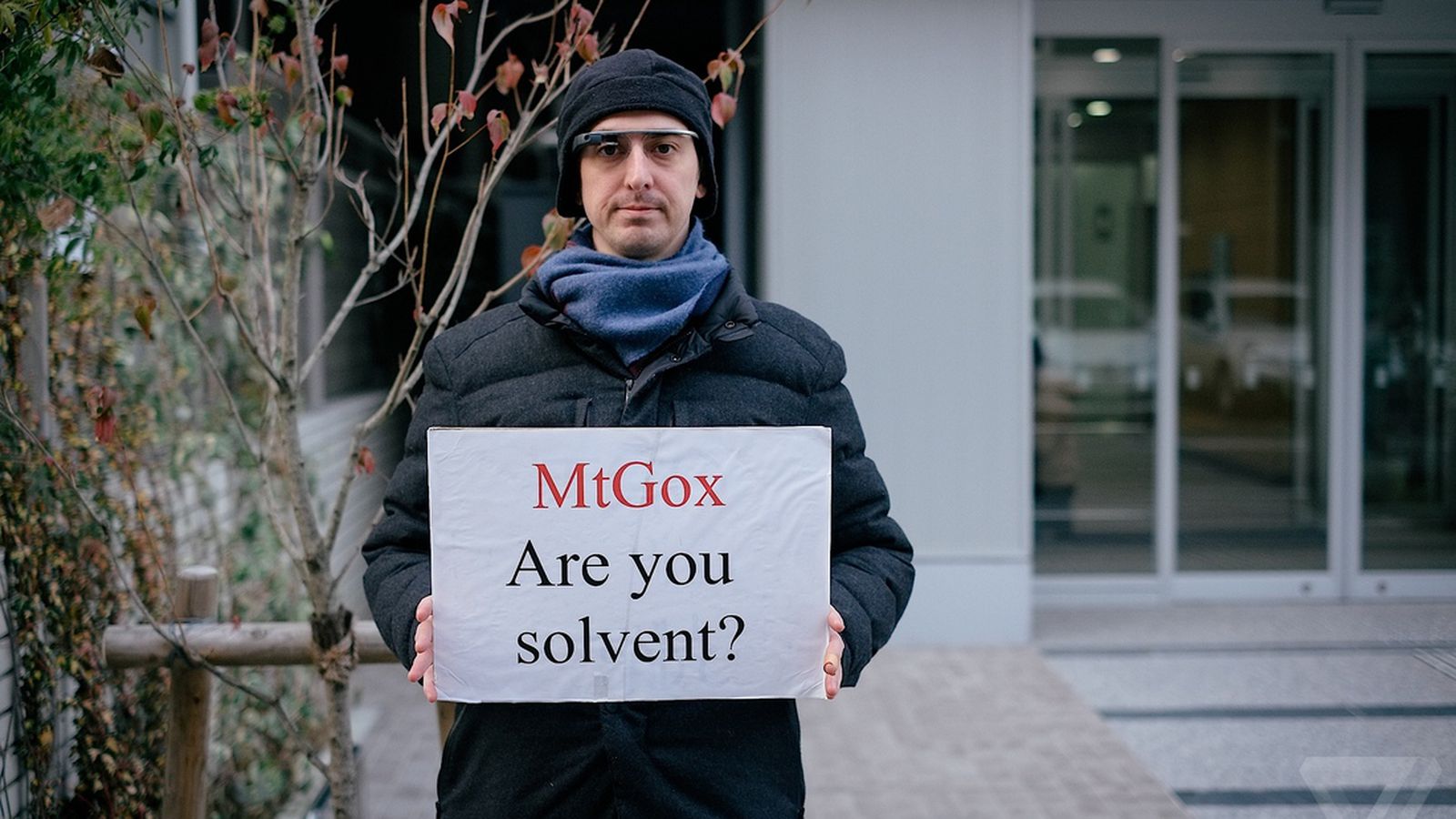 The embattled Bitcoin exchange Mt. Gox has gone offline, after several organizations from the Bitcoin community released a joint statement distancing themselves from the Tokyo company's troubles....

Blame it on a bug, yeah right.
Buy hard assets instead of this crap.

I’ve been a Renoise customer since… well I don’t know. Maybe 8 years or something. A good while. How come you guys haven’t asked me to help you with your payments? I’ve brought this up before! I did start Canada’s first specifically e-commerce focused merchant account provider in 2001. I’ve been working with a network of European acquirers for over a decade with a specific focus in multi-currency. Next time you are feeling like revisiting the payments send me a PM! =-) And now to include a superfluous link to Merchant Accounts.ca for good measure… (thank you google for 0.001% pagerank relevance boost from the thread comments).

If he was one of the Mt Gox investors, i highly doubt that

Sorry, but we have absolutely no plans to accept Bitcoin at any point in the foreseeable future. Bitcoin is a totally unstable and volatile currency that simply isn’t ready for mainstream usage or acceptance yet. It’s hugely unpredictable and a pain in the ass to deal with.

(Technically, it’s not really up to us anyway… You’d better go nag our payment processor Avangate about such things)

Look at it this way.

Every currency, every company share, everything that is new and enters a market, and undergoes “price discovery” is going to have fluctuations of the kind you see in bitcoin.

And even if you have a problem with fluctuations, you could use one of the many bitcoin exchanges / merchant systems that would convert BTC to fiat immediately and still give us bitcoiners the ability to pay in the currency of our choice.

So bitcoin’s fluctuations are no argument at all.

If he was one of the Mt Gox investors, i highly doubt that

What about all the scammers who used fiat money (Dollars, Euros, Swiss francs) to scam investors (madoff, etc)?

Do we blame the dollar for what madoff did?

Since when do we blame the currency a scammer uses instead the scammer himself?

Doesn’t the exponential generation of the bitcoins mean that the further you go in the future the less there’s likely to be?

So now we have a culture of early adopters are rich? Or only the tech-savvy have money? How is that better?

So if someone rich wants bitcoins, they buy a server farm and boom.

I totally agree that making money separate from government is a good idea, but all this seems to do for me is replace one set of chiefs with another. One, that can be concievably the rich anyway due to how they’re made.

Well this thread didn’t age well :D. Getting back to the subject now since there are now various ways to set up bitcoin payments so that you’ll don’t have to hassle with btc when you are selling a product:

For example BitPay supports settlement in 8 currencies and direct bank deposit in 38 countries. Bitcoin settlements are supported in 240 countries.

Personally, I think bitcoin is seriously flawed at best, a scam at the worst.

Bitcoin’s price is not a reflection of its growing usage as currency; it reflects merely demand for the mirage of its speculative value. Its price is rising only because people all over the world are hearing stories of how others doubled or tripled their money in a short period – and they don’t want to miss out

I don’t want to seem overly negative but, good luck.

Me will donate a licence to Vic, if ($)he gets a proper haircut & will pay that thang viaBitCache.

Image all the money you could have made if you accepted bitcoin back in 2014 when this topic was created. Yachtsfor everyone!

But seriously, you should look into www.coinpayments.net. I believe you can settle for fiat automatically. I would just hold the coins when the market is down. I want to buy Sononym with Ripple.

Last time i checked a direct BTC transfer could take hours if not days and cost varied a lot, think up to 50 USD, sure there are exchanges that does it quickly but quite a few are going bust, hacked or corrupted. I see it’s usefulness but it’s a gamble to use, also it’s pyramid scheme if you ask me.

Charges like that are usually due to exchanges extorting you. Sending BTC from your own wallet or through something like Lightning only costs a few pence/cents and don’t take very long.