OK, so I have searched a bit on the forum, and there doesn´t seem to be an easy or good way to zoom the whole GUI. I downloaded the patternfonts from Trash80, and it sure helps a lot. But I wish there was a way to zoom in/maximize the size of everything in Renoise, or at least all the fonts. Milkytracker has this option, and it´s really neat, the GUI gets bigger, and still clear, not blurry. Changing the resolution in the System Preferences (OSX) helps a bit, but the fonts gets blurry and ugly. Having an option like this in Renoise would make it a perfect tracker

As a workaround, I’ve downloaded a free display resolution changer (http://www.12noon.com/displaychanger.htm), and then created the file “RenoiseRes.cmd” in my “C:\Program Files (x86)\Renoise 2.7.2” folder, with the following contents:

For 3.x I’d like to see Renoise move away from the custom GUI and move to something more OS native (GTK+ or something?) – as it stands there’s not only the problem that it all gets a bit small and fiddly on high-resolution displays, there are plenty of other flaws too: no way to have multiple views open (e.g. mixer and pattern editor), multi-monitor support is non-existent beyond spanning (no use if, like me, you have displays of differing sizes in a non-horizontal layout), you’re limited to one song per Renoise instance (which, given OS X will only run one instance of an app at a time, means on OS X there’s no way at all to have more than one song open at a time without duplicating the application), and there’s basically a choice between full-screen or too small to be usable. The “looks a bit like FT/ST/IT/etc.” layout was fun for a while but it really impacts usability, and I suspect there are very few people left who’d be moving to Renoise straight from one of its ancestors so for the most part the UI probably puts prospective users off…

For 3.x I’d like to see Renoise move away from the custom GUI and move to something more OS native (GTK+ or something?) …

I don’t think that not using an OS native GUI is the problem here. A rewrite of the GUI seems to me as programmer
like a major rewrite, and it would take ages until the new GUI would work as well as the current GUI and even longer
until the actual rewrite really pays off.

Also, keep in mind how many other DAWs also have quite custom GUIs. If I was a renoise developer I would checkout
how scaling works in those Applications.

For applications like these the GUI code is a big part of the whole code and porting all the workflows that have
been taken care of to a completely new GUI will probably not pay off at all. Old users will be alienated by the
“super scalable new GUI” which is unusable due to many bugs in the essential functionality. And new users will be
alienated by the whole “making music using a spreadsheet” concept.

But overall: +1 for bigger GUI - Please

Fredrik: Looks neat, thanks for the tip! Nowadays I use OSX the most, but I will try to find something similar for mac. Elbiggus: I would have to disagree, I guess I’m oldschool when it comes to trackers, but one of the things I like about Renoise, is the way the GUI looks. I grew up using Protracker and FT2, so Renoise really hits home for me. But I understand why other people would feel different.

I’ve been using the extra large patternfonts from Trash80 a while now, and I would have to say it works really well. For me, it turned out to be what I was looking for. I still wouldn’t mind being able to zoom the whole GUI, though. 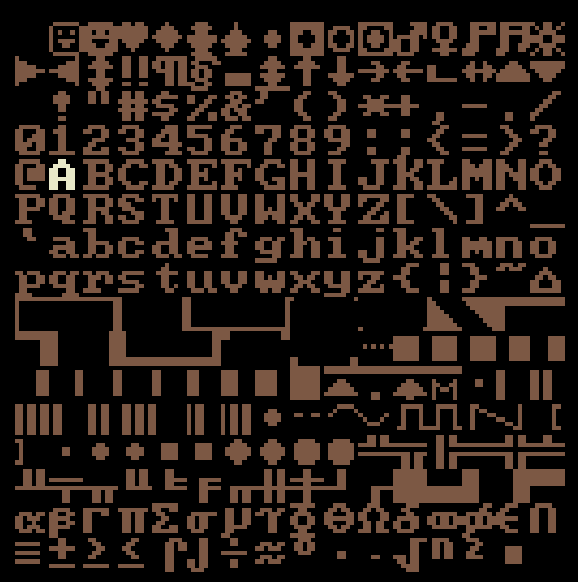