I decided to try out Csound today, so I went ahead and installed that, and then realized there was something I wanted to finish up in Renoise before diving into that. So I open up Renoise, and I was met with these errors, for all my installed tools: 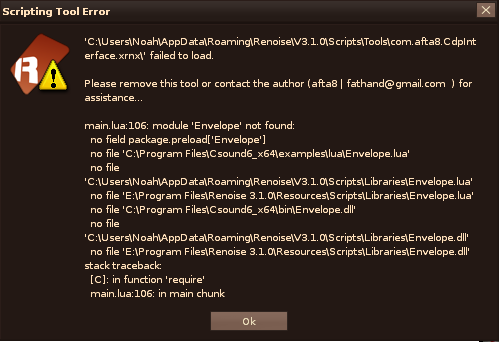 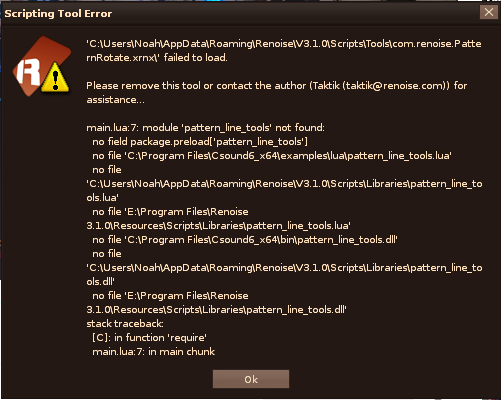 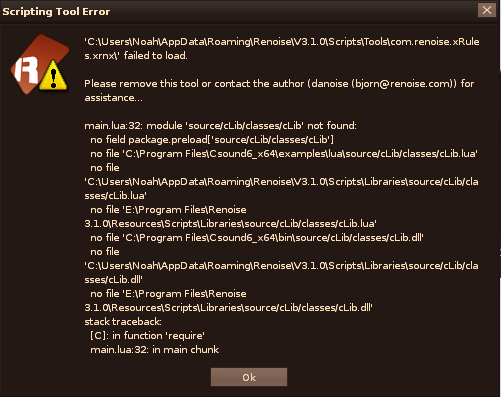 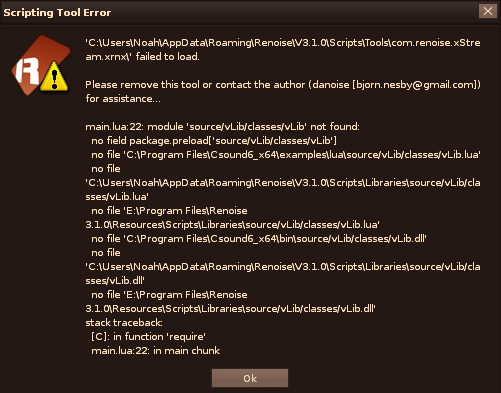 Does anyone know what the deal is here? It looks like some sort of confusion between the programs’ Lua resources, but other than that I’m pretty puzzled. Does anyone know to sort this out?

Hm, perhaps the CSound installer defines some PATH systemvariable that lua is thenresponding to?

You can check if this is the case…exactly how depends on the version of windows you’re running.

Renoise tools essentially shouldwork without such any modification, but indeed the lua runtime might still consider these paths.

I had the same problem.

Had the same issue (and posted about it somewhere on these forums but can’t find it now).

CSound mucks with the Lua path. I think it adds something to your ENV (something like LUAPATH maybe). And then when Renoise loads its own Lua interpreter that environment value breaks it all.

I know I fixed it and I think it was by removing that ENV item but memory is hazy.

Yup that was it. I deleted the Lua related paths (and expected some issues with csound) and now both programs run fine (lucky). Thanks!

Weird I’ve been using Csound and Renoise happily without problems… perhaps it was because I’d installed Csound before I’d ever installed Renoise, not the other way round.