Does This Work In The Browser You Are Using Right Now? 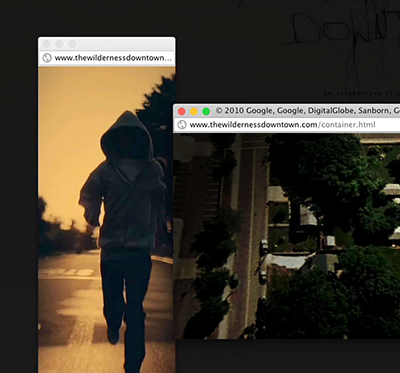 if it does there’s many more here:

if it doesn’t, what does it do?

the above example is running on a javascript 3d rendering engine named Pre3d
http://deanm.github.com/pre3d/

I’m pretty impressed with it and the other examples on chromeexperiments.

Perfectly in FF not at all in IE (well I assume perfectly and I don’t keep IE or it’s plugins uptodate as I don’t like to use it.)

This one is jerky in FF though (and again not at all in IE.)

Definitely does not work in IE8. I realize that many programmer types often have a beef with IE, but if this is something you want to put production it’s something you will probably need to get that figured out! (and by probably I mean certainly) =)

Definitely does not work in IE8. I realize that many programmer types often have a beef with IE, but if this is something you want to put production it’s something you will probably need to get that figured out! (and by probably I mean certainly) =)

It’s not “programmer types having beef with IE”, it’s IE having beef with itself and the web. It’s more about IE being exactly the piece of shit someone would expect to drop out of the asshole of a brutal dumb fuck as microsoft is.

And it’s greedy manager retards that require it mostly. Otherwise, the proper solution would be to support the standards, and let the browser fight it out amongst themselves. PERIOD. And just say “good fucking riddance” to all the oh so precious “customers” you’re losing, while patting yourself on the back for having made the world a better place.

Supporting IE because you gotta cater to the sheep is like putting roads where people drive, and sidewalks where they walk. Instead of just putting them where they make sense, and let the morons who insist on wandering in the woods die of starvation, so everything can return to the proper balance.

Everything else is just just carrying the problem (= idiots) into the next generation, which then has to figure it out… and it is something we will probably need to get figured out, lest we perish. (and by probably I mean certainly)

Yet it’s surprising how many websites ONLY work on IE. Yesterday I came across one and it was for an ISP (moving house so need to get new internet.) Instant put-off for somebody whp is meant to be providing your internet access is a website that wont even display correctly on compliant browsers! The finding offers and clauses on main pages that are past 6 months out of date was maybe even worse though…

I’m now pretty sure microsoft is forcing silverlight into the market for graphics like these, by making sure it doesn’t support the current standards. Since they have the highest userbase of the land, they are using that to take advantage of their own move. Somehow it seems illegal.