The third album of electronic music project Kategorija B was published under the name Monologue. 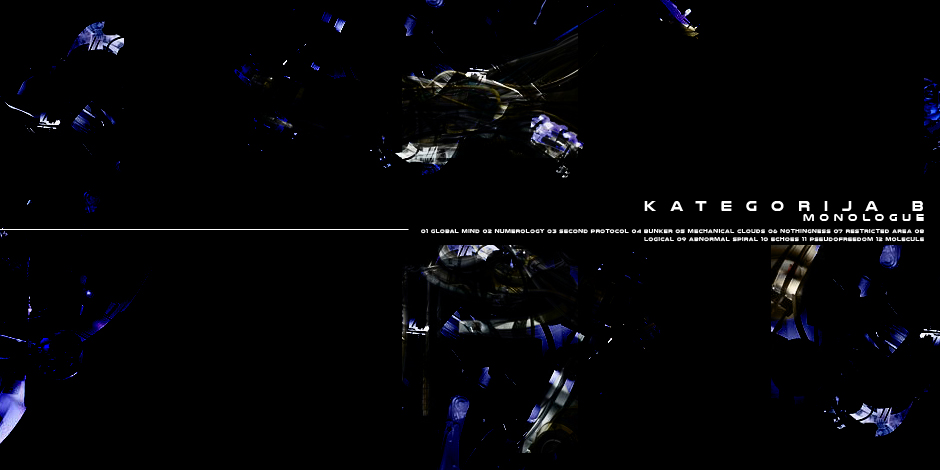 The album concept was developed for a long time, since the spring of 2013. The work was done in the direction of the search of ideas for songs and was completed about a year later. At the same time Recin’ actively engaged with cutting and editing amen breaks, resulting in the album Foreign Waves appeared in late 2014.

Topics in the album Monologue affect the political, military and personal issues are a manifesto against war and violence in the world. 12 tracks are a mixture of hip hop, drum and bass, dub(step), house, techno and ambient music styles converted to 175 bpm tunes, that could be called neurofunk.

Get your own digital copy of the album now. Only 199 downloads available.

Visit https://kategorija-b.bandcamp.com profile to listen and download the album.