Has anyone figured out a good way to achieve granular synthesis in renoise?

Hi, in this video i will show one of the techniques of making granulation of a short samples. As renoise haven’t yet integrated random sample loop start and looping point overlap, i created a short video for you making this in different way. Useful if you have good short sample but its sounds ugly when looping. watch in full screen HD no voice comments! just action. p.s. it may need some tweaking changing lenth and form of the envelopes, changing speed, it is acctual granular playground […

and although it does achieve the sound, it still leaves a lot more to be wished for in terms of experimentation - it’s not possible to scroll the grain along the sample, adjusting grain size and so on.

did anyone figure out a way to do granular stuff besides the method mentioned above?

It isn’t really possible in Renoise as key parameters that would be needed to achieve it aren’t automatable. I am waiting for Quanta by Audio Damage to go on sale for any granular synthesis needs. Might be worth using a VST or another DAW and resampling into Renoise after.

scroll the grain along the sample,

At least for my purposes, havent done tons of testing yet,
but… this tool seems to do a good job on the moving along the sample,
just might need some work on grain size at the moment but its been improving:

IMPORTANT Requires Renoise 3.3.0 or above There is a device in the FX Chain named, ‘DON’T CHANGE/AUTOMATE’. So don’t… or you’ll get errors and the tool could break. If you delete things in an instrument that are used by this tool and the warning tells you to undo this immediately, it’s not kidding. If you don’t then you may get errors and the tool might stop working. [Loop Marker Automation] > Download Loop Marker Automation This tool allows you to change how a sample is be…

Thanks! I’ll check it out, sounds promising

@source-recision Loop Marker Automation is pretty cool for really rudimentary granular stuff. Where the issue is with this tool is that we don’t get multiple play-heads for the sampler. So, the Tool is really cool for all sorts of glitching - rhythmic or arrhythmic, and playback of clicks 'n pops. Where it doesn’t perform is when the end-user would want to have say, a ‘granular haze’ to make pads and smears, etc. Because only one play-head is available, it’s just not possible to milk the sample for all it’s worth. I’m hoping @taktik will eventually make this a possibility, because it would make the sampler a full-on granular synth. I hope they make the issue below also a possibility.

Due to the API, there isn’t a way to prevent the sharp granulated clicking when the playhead jumps around. It’s always going to be that way until there is a capability provided to ‘round out’ the edges of the waveform playback (imagine a softer sound).

yep, i was just playing around with it for an hour and yeah, it’s suitable for sharper more jagged type sounding stuff.
I’m reluctant to use vst’s since none are really well designed besides padshop (overpriced and comes with steinberg bloat) and granulator II in ableton (m4l only). I make do with a max msp patch a friend of mine made that i rewire into renoise but it’s a bit hacky and breaks my flow real quick. so yeah, hopefully this something we see in future updates!

Oh! I’d agree with your reluctance. I absolutely refuse to use VST/AU with Renoise, because it’s built-in engine is just so strong that other effects are not necessary. Everything is clean and exacting.

As for Padshop, use PadSynth. I highly recommend this, because it creates some of the most beautiful and abstract pad sounds within the Renoise software. It’s using the PADSynth algorithm from Paul Nasca (Paulstretch creator), and this same algorithm is used in ZynAddSubFX. It’s very good.

I don’t know if you have remarked it,but this: 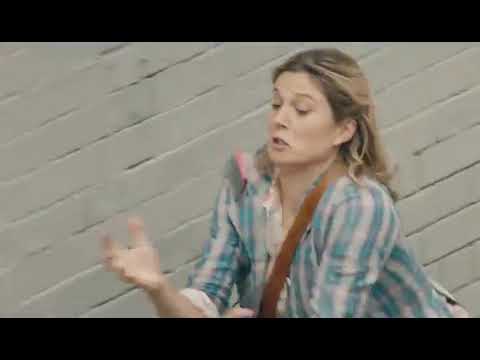 thanks for the video! looks interesting but not what i’m looking for. this is single wave cycle synthesis (which renoise is amazing for).

here’s a video that explains and demonstrates ableton’s m4l Granulator II, which is what i’m after. Here’s another example- a standalone tool and a Max4Live tool. I just recently bought this. I love the AudioBulb tools. I first got turned onto them when I stumbled upon the Sophia and ABvst VSTi’s. I use Grainscape and Ambient to get random sounds out of sounds.

I actually recently came up with a way to make multiple playheads. I made a new phrase with the same note played like 6 times in different tracks, and then used the sxx command to make them start ahead. Idk if this is entirely what you were going for because I am not too familiar with granular synths. Heres an example
harp granular.xrni (1.3 MB)

@unconventionalmauric It’s an interesting way to make multiple playheads, but the issue with these is that the actual envelope for each playhead (which I don’t believe we can do per phrase) would be not only adjustable in size, but in play-position and playback speed. Check out that Grainscape software video above. In the case of the Grainscape video, pay attention to the melodic parts (pads, etc.), and you’ll hear a ‘haze’ of sorts, and multiple pieces of audio being played back simultaneously. Granular synthesis is truly a unique method of sample manipulation, and is all over the more exotic sorts of electronic music:

Both methods have a very ‘clicky’ envelope, so the sound is very sharp, very on/off. Really cool for making slow bits of click-based ‘beds’ of sound. When one would want to make a softer form of granulation (imagine small envelopes at the beginning and end of the granular sample - smaller than what we can make with the Envelope Tool), the API doesn’t currently allow for that. A mushy sound, so to speak. This would allow for singular ‘pad-like’ sounds with circulating grains, also adding FFT filtering to it would make even more audio options. Lots of think about.

The 0Sxx way is the one way that Renoise can currently do a granular synthesis, but it’s really more of a time-stretching method - here’s a mention of it:

Someone should build a lua tool for doing this in renoise natively, basically you can do grain manipulation (timestretching etc) on high enough pattern resolution (up the pattern length, bpm & lines/beat settings) and using the Sxx commands. There is a panning column for stereo fuckery and you can change the notes for different pitches of the grain -> then render the result to new sample. If I had the coding chops I’d build this one myself

So, it can be done, but at the cost of the entire track if one would want to use it as an effect in the track. extremely fast tempo, and the LPB all opened up. More of a sample generator, instead of a useable effect occurring within the track. If that’s the case, then loading up a VST or AU would solve this. A bit more on this:

You’ll need to be able to access samples at a finer level than with sample offset in the pattern, ideally down to the individual sample points. Then being able to modulate the offset with lfos and other slow moving curves, multiple overlapping individual grains/samples, that stuff is a real pain right now. Not to mention there’s more ways to approach the granular window than with just chopping the grains up, moving sampels into fft for some clever pitch mangling then makes total sense. Does anyo…

For those of us that don’t want to use VST/AU effects - built-in granulation techniques is one of the things we’re kinda hungry for as far as the sampler is concerned. The sampler is INCREDIBLE, and would have even greater capabilities with this option added in. I’ve been begging for it for approximately 3 years now, just FYI

If you don’t mind a larger instrument, and all the work creating the instrument…

It may be possible to set up a multi-sample instrument where the samples are
all the same (initially) but with different start/end loop markers and their own
modulations page and/or micro-edits to the start/end of the loop.

Then to trigger a swarm just play a chord; so there may be ways to do this sonic-ly.

Does anyone have any other work-arounds while the tools are being forged?