Hard times my friend i hope your buddy pulls through

Busy with work, no time left. Just starting to recover while having a normal working level again since this week, so I managed to create the first track of this year. Btw, happy new year! And don’t worry about your singing, you started it, you’ll end it, take your time.

Happy new year to you too.Lets hope 2021 is a better year for all of us 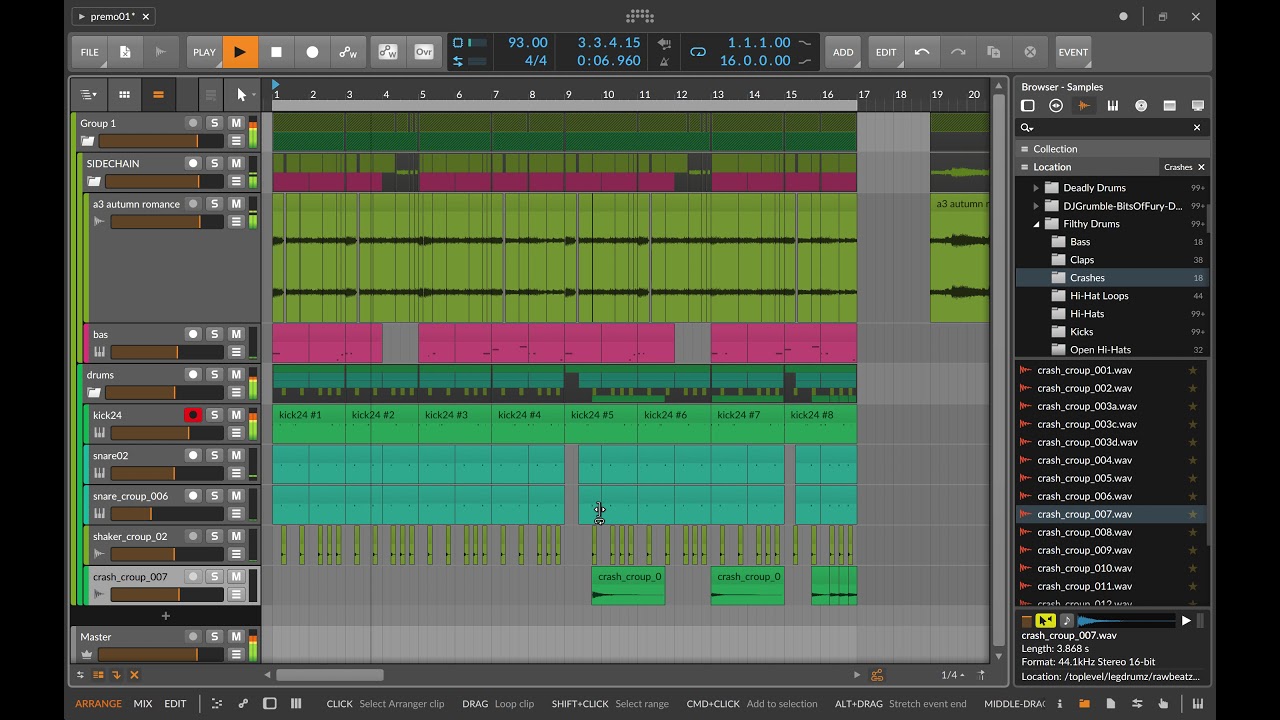 Hey man do you write any lyrics?I could cook up something on one of your beats if I had some

32 posts were split to a new topic: Offtopic talk from “I would like to hear your music made with Renoise and other Daws”

The Bitwig part fits with german rap, the Renoise part with US rap. I like both, sounds nostalgic.

I’m back after a few months’ hiatus.

Laid back music, very good! You’re using Renoise for music like this?

I did a drum and bass track in bitwig.

And it sounds very good! The sound itself could have a little more “whoomp” and “depth”, but it’s well composed, everything fits, it has a good balance. Thumbs up!

I present my song “Slow Flying”:
You can criticize,

I like it, very good composition, reminds me of cracktro and demoscene music from the good old Amiga days. If there’s something to criticize it’s the loudness of the leads, they’re too loud if you ask me. Otherwise nothing to complain about, sorry. Well done.

I really like your mixes, so clear and on the point. Nice that you have a strong middle but it still sounds solid. Do you have any general mixing rules? I only have one rule: No rules

Ok, good base sounds, fixing issues in the synths. But my old unfinished projects have tons of eq, compressors etc. Also I always tend to do anything wide.

So funny how different this mix sounds, completely other mixing style: 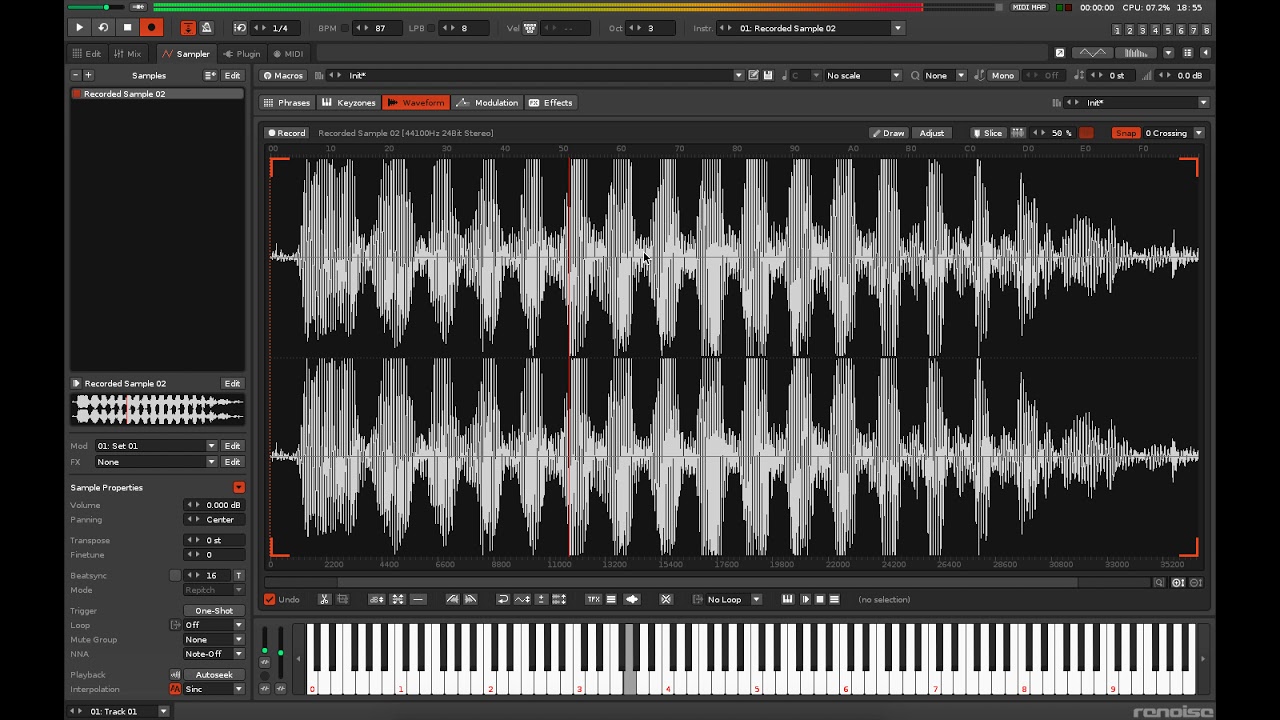 aaand this is the main reason i have hard time switching to other daws in general… Renoise is just so much fun!

aaand this is the main reason i have hard time switching to other daws in general… Renoise is just so much fun!

Me too. Renoise is like a playground for kids and to me the most direct Daw. And here you have Codex plugin using voice generated on www.readspeaker.com. If you like to play with your voice and think your voice is bad (like mine for example) - this is at least more fun than some vocoders.

I really like your mixes, so clear and on the point. Nice that you have a strong middle but it still sounds solid. Do you have any general mixing rules? I only have one rule: No rules

Ok, good base sounds, fixing issues in the synths. But my old unfinished projects have tons of eq, compressors etc. Also I always tend to do anything wide.

Thanks. I still haven’t found the holy grale of mixing, but of course I adopted some techniques.

You’re not the first one telling me that the mids are strong in my tracks. I don’t know why exactly, the EQ in my master channel always pushes the highs and lows twice as much as the mids. I just push the mids when it comes to arps, plucks or other similar small and short “background instruments”, because for me it sounds much better, it’s thicker, deeper and clearer and most importantly you get a better audibility even if your song would be flooded with loudness and bass. Generally I’m pushing single frequencies for some instruments. The kick or bassdrum for example always gets a push around 1000 Hz. Usually some frequencies need to be tamed, others to be pushed, depends on the instrument and its sound. What I also do sometimes is to cut the highs by LP filter (hihats, snares, other drums and if necessary also other instrument types), but of course only if it’s stringently required (which my ears are telling me). And when it comes to the final mix and mastering, I also use mastering techniques like the rear bus technique, parallel drum compression (for example the so called New York compression), parallel bass compression or else. But I can’t say “it always has to be done like that”, depends on the song and the type of sound you’re creating.

All right, now it’s time for you to answer my question I asked 3 months ago.

But you have to tell me how you did that specific note sliding at 0:51, 0:54, 0:57 and so on. That’s exactly what’s missing in my VST world, I only can do this with samples via pattern effect commands, but I don’t use any samples except the drums. And portamento isn’t the right thing to get it into practice that way. How did you do it?

Thanks for your insight. How to you exactly apply the filter? what slope? do you usually “only” do like bandpass each instruments area? or do you only hp? Do you only use an eq/shelve or full cutoff/filter?

That mono check workflow is a nice approach, will do this again, too. Usually I am to lazy for all this, but surely, if it sounds right in mono it means that the eqing and instrument selection is done right.

Not too sure what I can tell you here more. Here is a video how I did the position 0:51:
( tstlab.virtualcreations.de/obxdlead.mp4 )

I am simply using midi pitchbend. There was a second track only with modulation wheel/vibrato, but I think it was lost by accident in version 239. I actually really like the cheapo implementation of pitchbend in Renoise, because with using pattern commands only, it sounds pretty “steppy”, which gives the bending some nice retro like character maybe. But most comfortable to edit would be to use a proper VST3 synth and MPE pitchbend pianoroll editing. Hope that helps you.

Here another version I found:

ive posted this b4 in a thread, but its good so ENJOY.

How to you exactly apply the filter? what slope? do you usually “only” do like bandpass each instruments area? or do you only hp? Do you only use an eq/shelve or full cutoff/filter?

We’re still talking about using filters for mixing, right? When I want to “add” or subtract frequencies I use EQ., when I want to “kill” frequencies I use filters. What kind of filter I use depends on what goal I want to achieve. Most time it’s “only” HP (“killing” the low frequencies of hihats, hats, snares etc.) or “only” LP (“killing” the high frequencies of some basses or else) or both at the same time (for example when a hihat sounds too harsh), Bandpass not that often (for mixing). Mostly I’m using the standard Renoise Digital Filter with the standard settings (Biquad, Oversampling 2x) and adjust Cutoff and Resonance. Very simple.

No, not really. Transients are “eliminated” for example via heavy compression of the mirror of your drum bus while executing parallel compression. You keep the original signal of your drum bus and add for example 30% of the heavy compressed mirror without the transients. At the end you will get a fuller sound because the softer parts of the signal are “louder” than before.

I am simply using midi pitchbend.

My first Reggea track, at least it should be: rofl:
Ahoy Becky,
Happy B-Day.
I wish you health and all the happiness in the world.
Take care and don’t clean too much sew 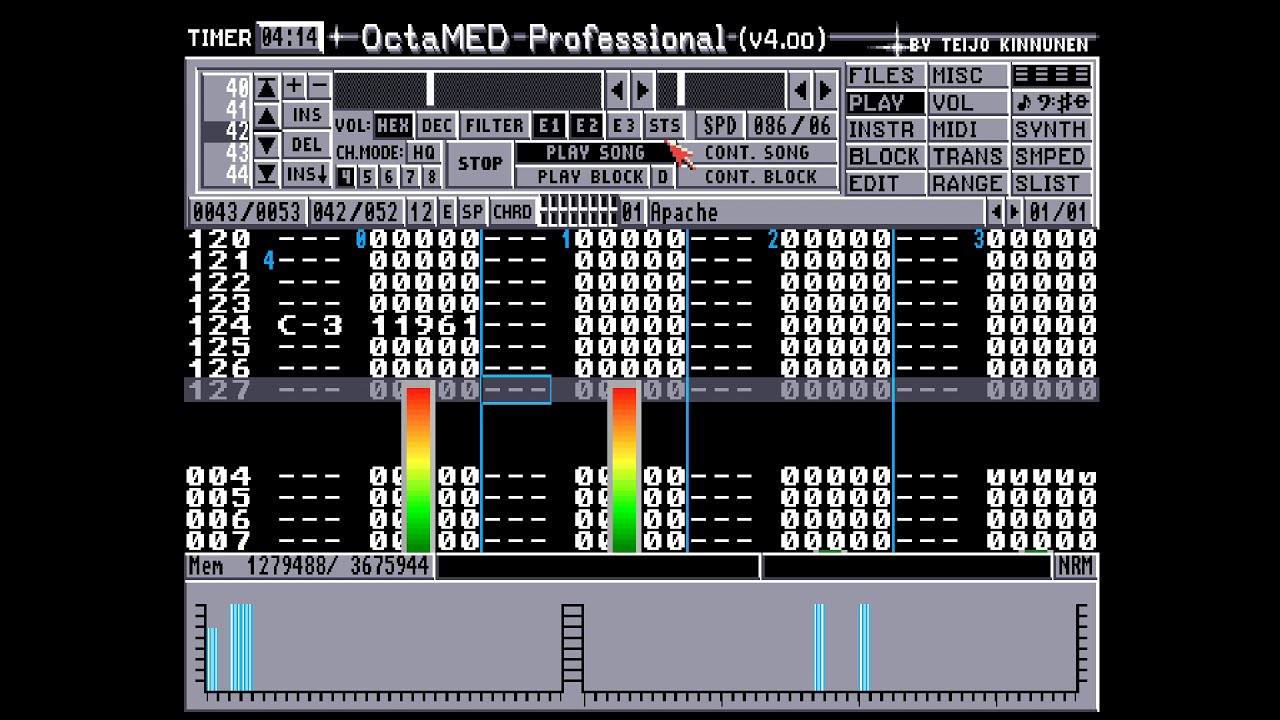