Hi everyone, it’s been a while since I posted my previous song. I’ve been sitting on this one for a while, not 100% happy with it but I feel like I can’t work on it any more. Need to move on.

Anyway, please let me know what you think. Cheers! 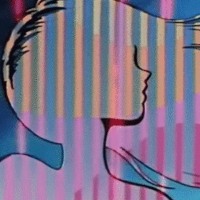 It’s good, but I reckon the lead could be louder. Also the highs on your hihats and that noise sweep might be just slightly too sibilant.

Well done, feel-good-music. I like the “snapiness” in that kick and bass.

@freezedream: In my opinion the lead trail is not too quiet, because the lead notes don’t change that much and mostly they’re long (but not “displeasingly long” )

… and in a few minutes I’m transported back to the late mid '80s.

Reagan is president, greed is good, cocaine seems so innocent compared to crack, AIDS isn’t something you live with but a death sentence, the Hollywood Wives and PMRC are telling everyone how evil everything is, DnD is a satanist front, nuclear war with the Evil Empire is imminent, dance clubs have way too many fluorescent clothes, and grunge is something collecting around the shower drain.

I thought corn whiskey had killed all the braincells which remembered that stuff.

Still, very true to style. I agree with the sibilant quality of the tops - maybe a tiny bit more filter, or less resonance on the filter?

Guys, thank you for the kind comments and feedback! Glad I’m getting closer to that 80s vibe. It’s not authentic at all, but I want to try and capture that innocent 80s feel but using all of Renoise’s added extras to make something new.

Regarding the feedback, I live in a small flat right now so I only have my laptop with some old Sony MDR-V150 headphones for getting the levels right.

I’m taking notes and I’ll be revisiting these songs later to see how I can improve them.