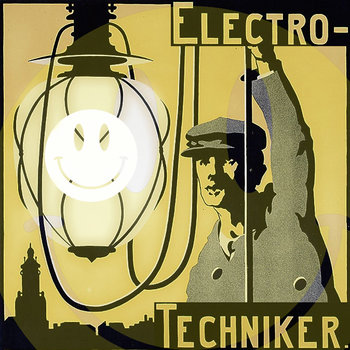 Many moons ago, it must have been a weekend in early 1993, a friend came over with a bunch of disks for the Amiga 500. Mostly games and a few demo’s, but also disks with .mod rips written on the label and a disk named utilities. Through a knowledgeable Amiga contact he had learned that the musical content of the demo-scene exhibitions we were addicted watching & listening to (e.g; Jesus on E’s, Spaceballs & LSD demo’s), could be opened through so called tracker programs which were installed on the utility disk. Out of all the programs listed, we randomly chose Protracker and after booting, inserted a song disk to load and play a mod rip. As a 14 year old kid I was fascinated seeing the structure of breakbeat rave music running in Protracker for the first time. How the music visually translated across patterns of hexadecimal numbered lines, hearing the succession of note-events, seeing how triggering of samples at different pitches at the same time related to harmony, seeing how the distance between notes related to rhythm. The realization that similar to construction with Lego, this program enabled you to build your own arrangements out of samples. It opened up a possibility to create the music that I loved on a ‘personal computer’ in my bedroom and all of this without having the need for expensive midi gear, I was mesmerized (cue mindblown.gif). This was something I wanted to do, create music! I spend the rest of the year playing around with sounds from the shared modules, learning the program inside out through trial and error, without rtfm because there simply was no manual. The Amiga only had four mono 8-bit channels and very limited memory (max 1mb with the ram upgrade) so you had to be creative using the available resources. Eventually I saved up for a techno sound turbo sampler which facilitated the recording of external sound-sources, gradually getting better at essentially creating the same song.
I guess through the plugexpert moniker I’m trying to recreate the initial excitement that I felt as a kid, often referencing the old through design and choice of sounds interleaved with current influences and technology.

Richard Jonas on the beats.

Artwork by G.W. van Biene, from collection ReclameArsenaal, www.reclamearsenaal.nl, raped by me adding a few smileys in photoshop . [/i]

Masterclass in jazzy spaced out rave breaks - if 1993 sounded like this to Plugexpert, I hope a lot of people get to experience that!

Definitely weird and experimental, but executed with such impeccable sound-design skills that you’ll want more. I should know, I’m only at track 6 and I’m sold.