rendering instrument ( controlled by midfi vst ) gives 50 ms offest
I am controlling abl3 by loomer architect ( modular midi environment) runnng as a plugin in renoise >
In achitect the pattern/sequence is running when it receives a note on message and stops when it receives a noe off ,
But upon rendering selection to sample there is a whopping 40 ms delay time , iow thhe first part is cutt of

Just wanted to say that this happens with a lot of midi plugins and only in renoise .
I re-inserted the plugin and now it behaves fine , after a couple minutes the rendering is again of by 20 ms miliseconds .
This fishy behaviour has never been fixed ( when renoise became able to use midi plugs ) >>
PLease guys , fix this 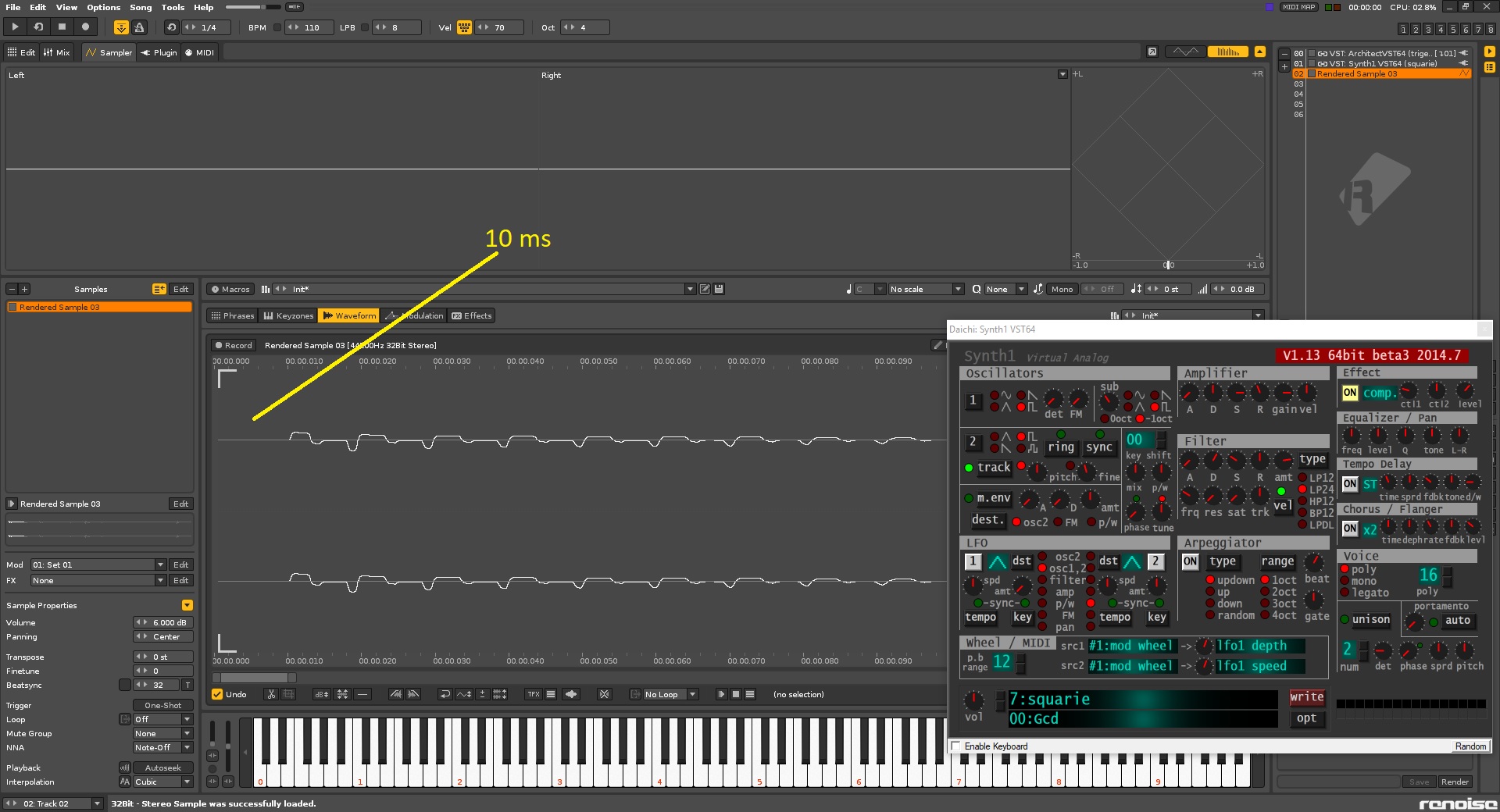 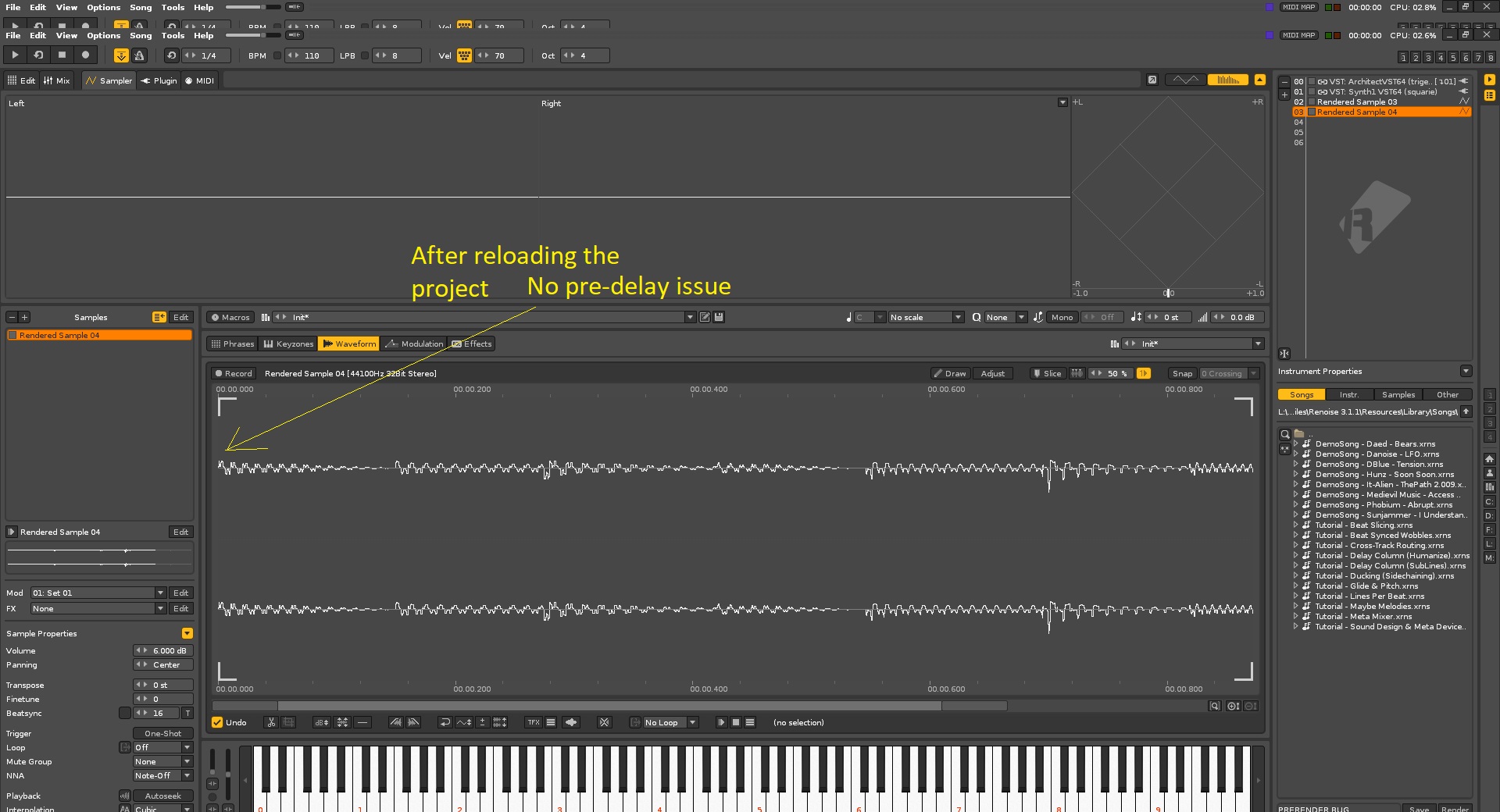 Maybe this happens to prevent a sample from being cut in a place you don’t want it to be cut, I really don’t know but this interests me too.Not big of a deal but I like learning things.

no ., it has nothing to do with cuting of samples .
The rendered selection is just ONE note that activates the sequencer in the midi vst ( loomer ) which outputs note data to a plugin .
A bit like using the phrase sequencer , you also only need one note to trigger it .
it’s a rendering issue