I love renoise but this is more of a rant about renoise being a vst host , iow instruments and vst’s being sequenced from hardware
I have one of the finest/tighest hardware sequencers on the market , cirklon 2
I didn’t even use the cirkloon usb out but the physical midi out and using the roland integra as a midi interface
Here is a project with two files , first reaper being the host , the other renoise
The instrument being controlled is a single microtonic channel .
Sequenced at 140 bpm , first the sequencer doing 16th notes , then 32 the notes and lastly 64 th notes
Renoise just struggles with the input , even noticeable at 16 th notes .
Reaper otoh is supertight
Will do some more testing with other hosts , but damn this is bad

Testing loomer architect ( one of my favourite programs )
Handles the dense midi input without any problems
C’mon developers , fix this

Yeah I have to say, I’ve lways had latency difficulties with Renoise but have ended up making it work somehow…mainly recording the audio then chopping it after.

If it was a live situation it would be more difficult to resolve this. I feel your pain!

This has nothing to with latency , latency is just an added value but at least it’s constant
In this case it’s jitter between received midi events ,meaning the vst’s that produces the audio sound drunk
so there is NO use in recording the audio .
If you look at the screenshots and listen to the files you’ll notice that the 16th , 32nd and 64 steps don’t have equal spacing between them because renoise is not accurately capturing the incoming midi data , while reaper does .

Summary , renoise is ONLY used as an instrument host , all the midi data it receives comes from the cirklon , renoise’s play button is NOT used 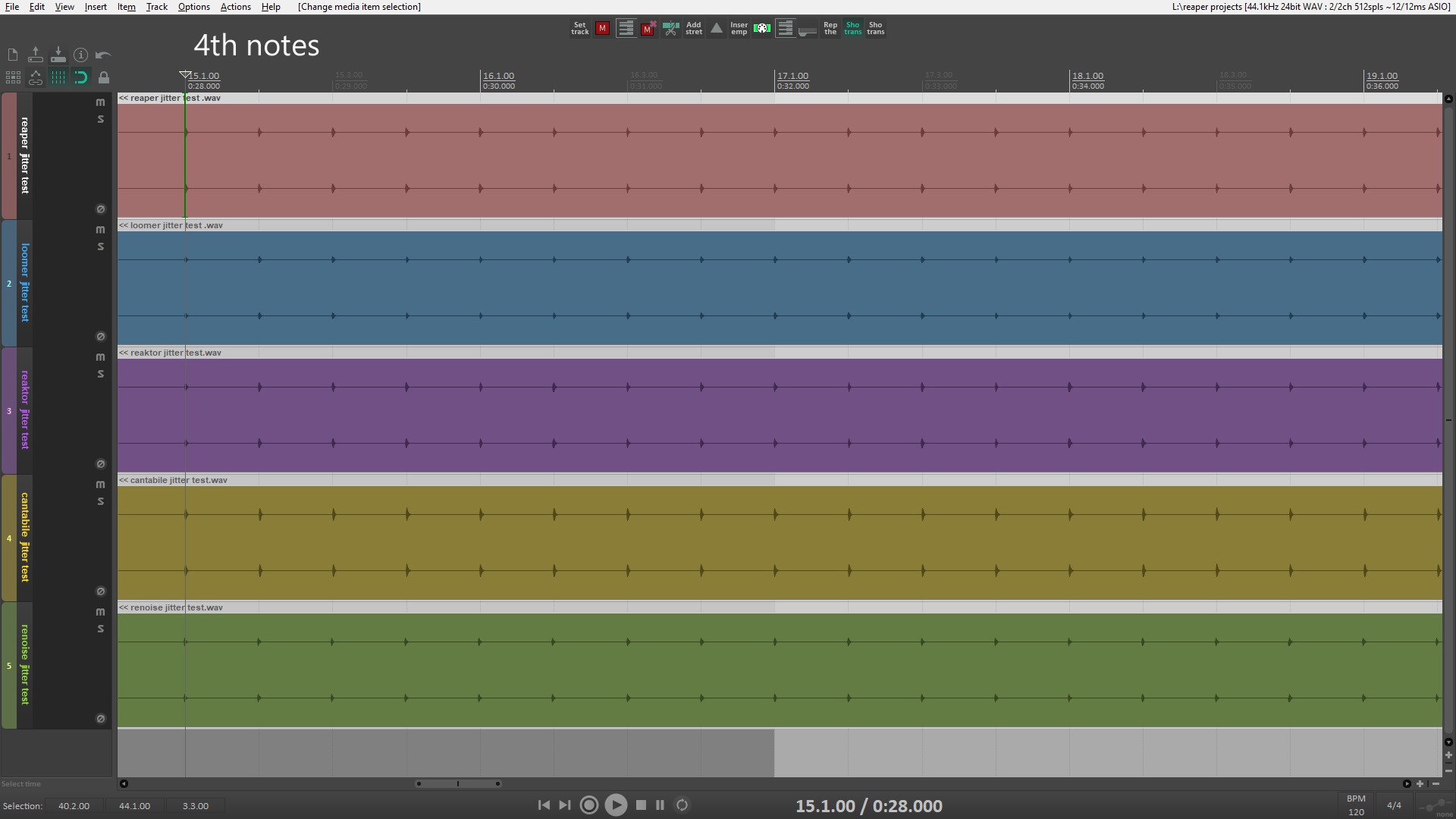 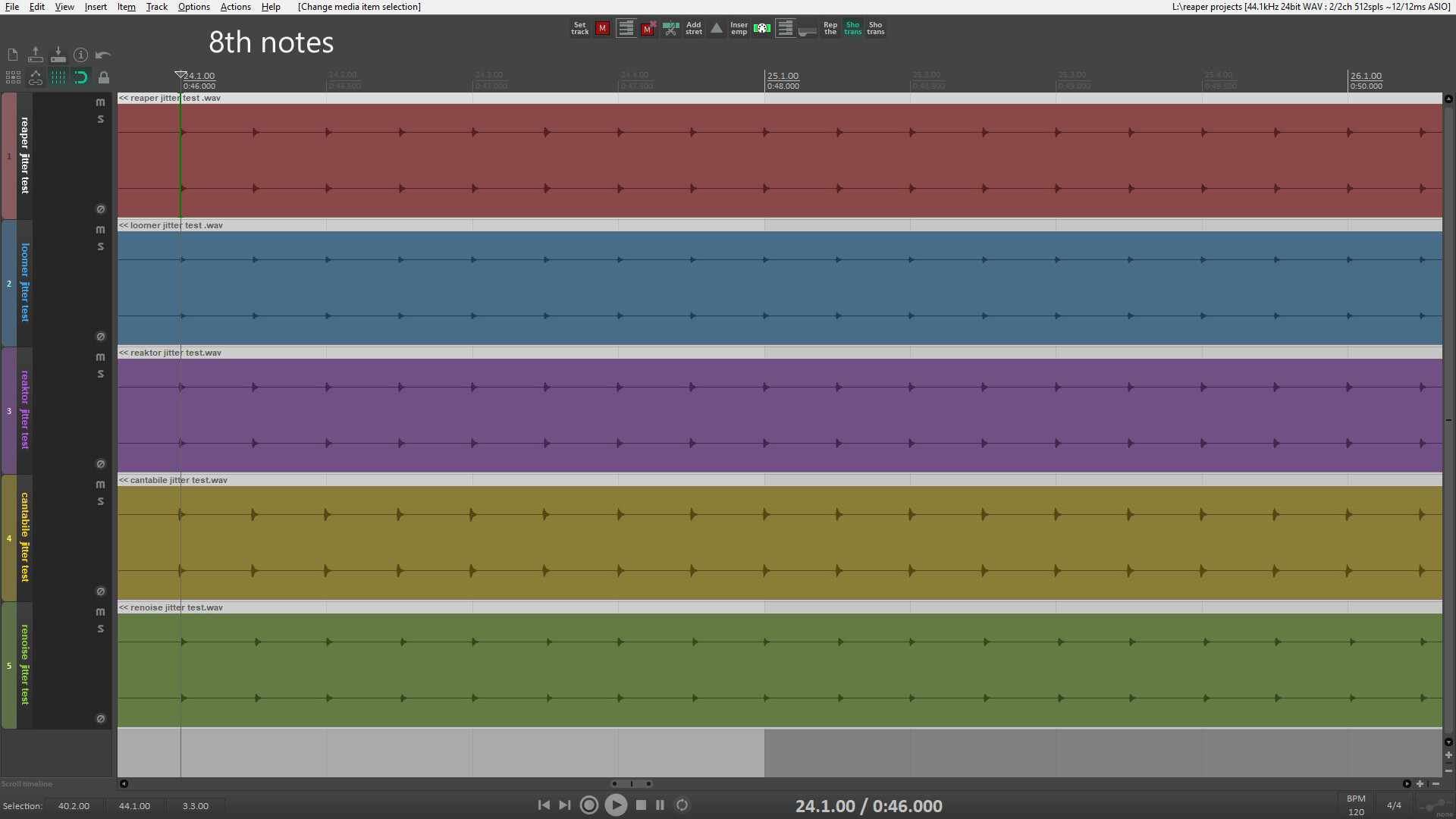 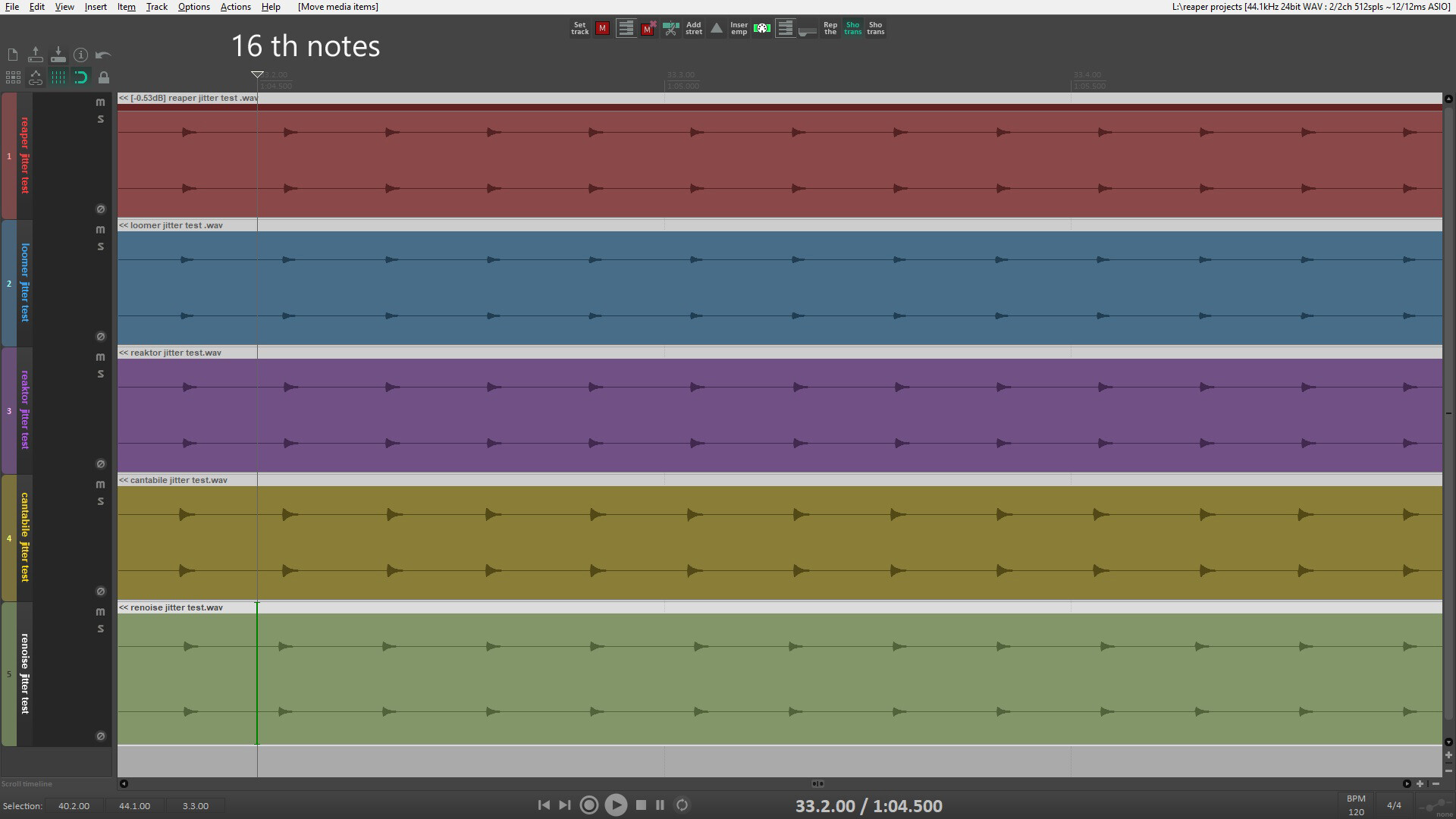 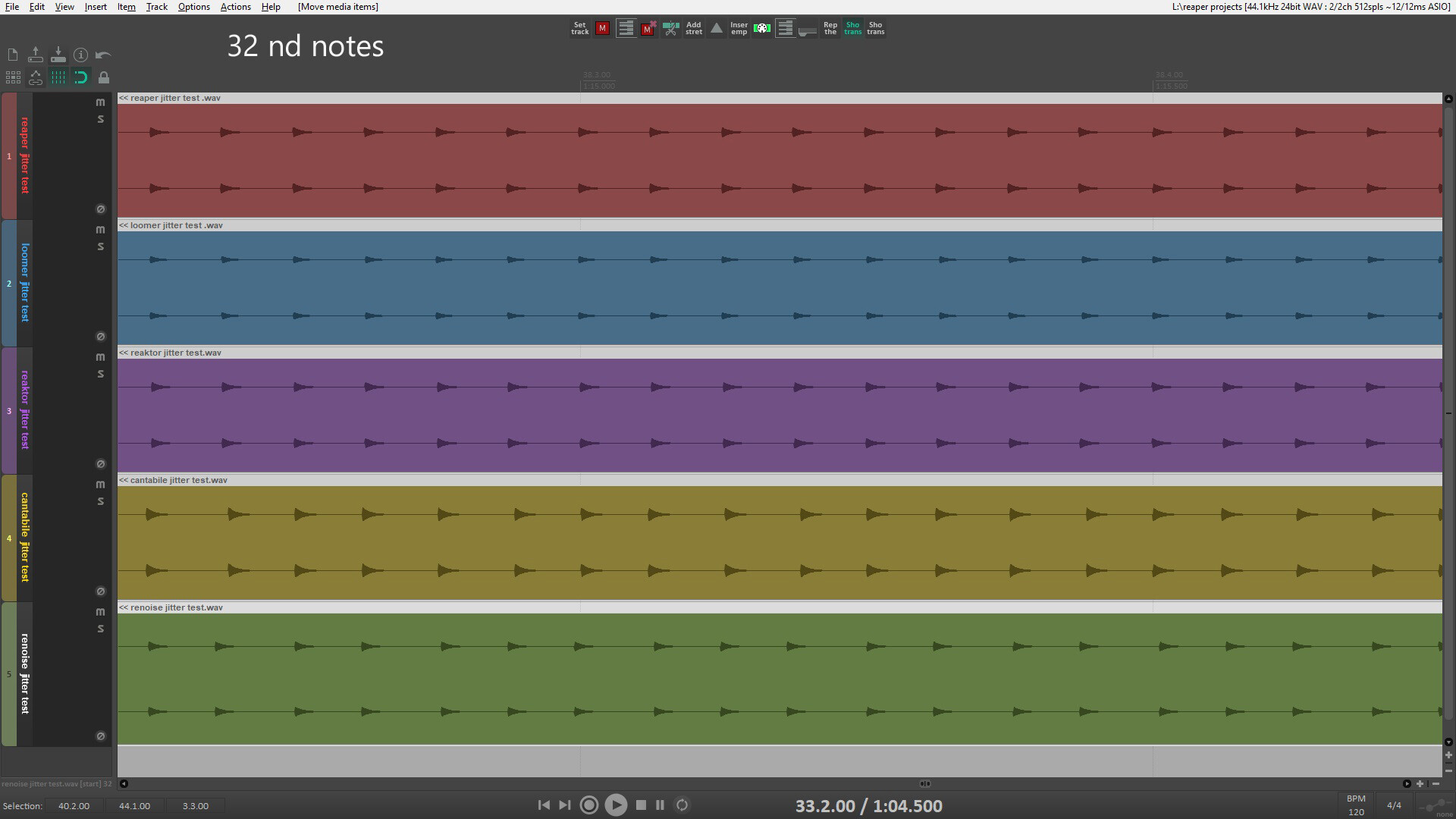 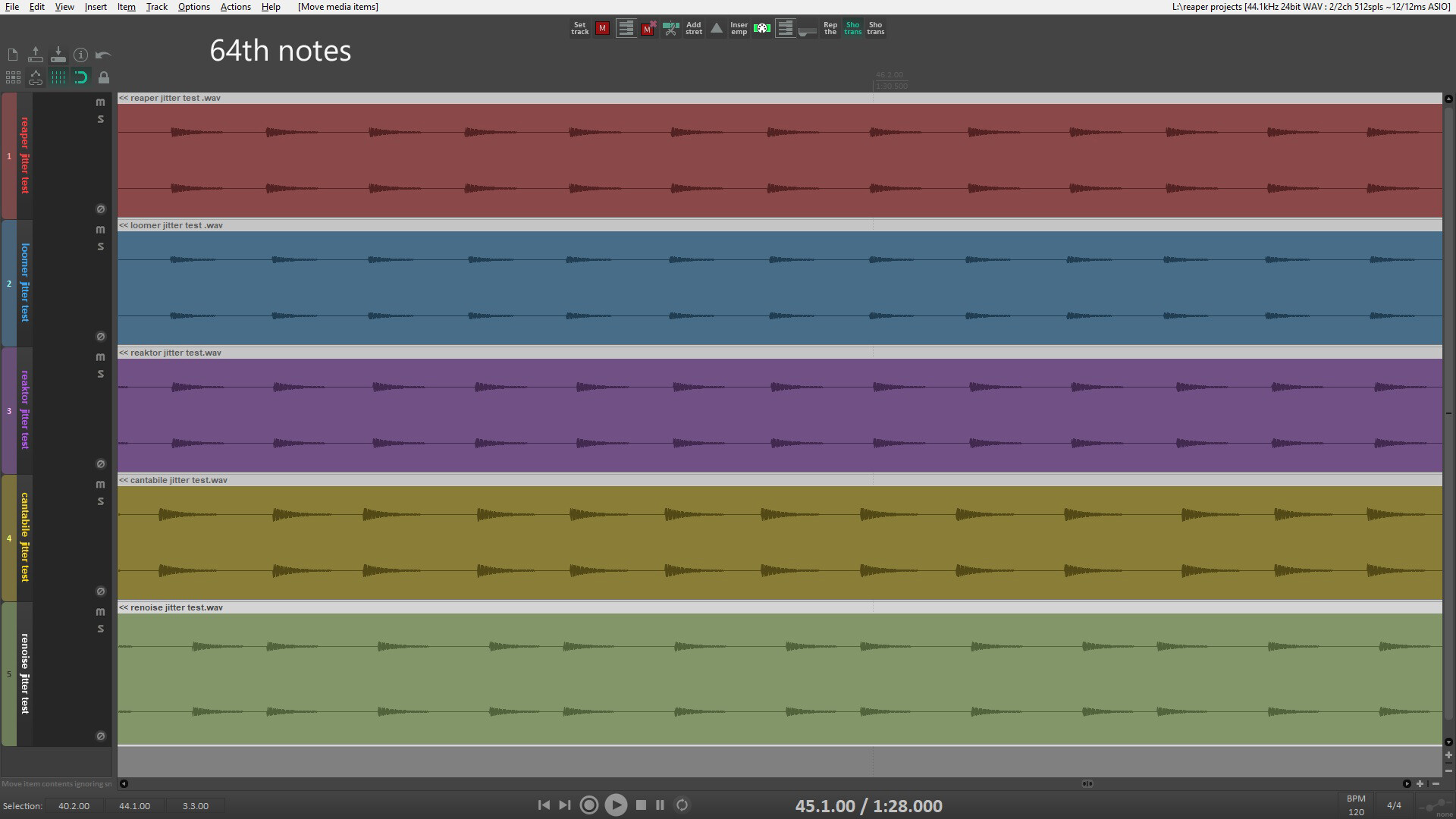