Those Native Effects That I Never Understood...

scream filter is an old version of the current filter which has been kept for both backward compatibility and for his distinctive “bad” sound which could be “good” for some uses.

a filter based on sending its delayed output to its own input. If you don’t understand it, simply skip it.

a filter which modulates the frequency of a sound on a defined harmonic. If you don’t understand it, simply skip it.

If you don’t understand it, simply skip it.

Awesome expression, fits pretty much in any type of an answer:)

distortion is so diverse… and with the proper dry/wet control really I could use it on almost any track of a composition, kick get ‘shape’ distortion, snares a big ‘fold’, synths get razor and so on… this is probably one of my most used native fx (damn, now I’m thinking about it, I want renoise usage statistics of since I’ve begun tracking

)
scream filter, well, yes it does create one hell of a sound so it’s not fit for everything, but I’ve managed to make a saw+sine*saw kind of chiptune sound like a big string section with just a Reverb, Filter, Chorus, Stereo X, Exciter. Sorry about that one, I’ve just concluded that there’s no Scream in it, well I’ve also managed to get a sound close to dj scratching, out of a simple triangle wave, with a chain made of LofiMat, Filter, Scream Filter, Stutter, Reverb, Filter and another Filter (first 3 devices automated in some manner). I’ll update the old ‘scratching in renoise 2.7’ post sometime soon I guess.
the other ones, well I can’t really explain to you. It’s funny though, I’ve worked about 2 years like full-time with Renoise and the devices I don’t totally grok are the Phaser, Chorus, and Flanger. (Phaser I use quite a lot though with Floor & Ceiling at the same spot to make an effect much like Reason’s ‘Resonator’)

Comb Filter: I use it on drums sometimes, I have a preset which is just the default with 2.97 KHz and low wet and high dry signal, I put that on kick or snare track sometimes to make it ‘punch’, or get a little crunch in higher frequencies. Also I use it on a send track full wet with frequency at .03 or near, then send a kickdrum there to get mega ultra OOMPH. Don’t forget to LPF it.
RingMod: So many possibilities, it’s a fun distortion on a drum track sometimes, just like the LofiMat really, they’re both awesome tools for sound design. Just experiment a lot with them and you’ll probably one day find a good use for all of the tools.

To me Chorus and Flanger almost always are darn destructive to sounds. Could you explain your use of these?

i use renoise since a few years and im really in love with it. but when it comes to some built-in FX, i have to say that for some, i never had a clue of a possible usage. i suppose they have a purpose, but i dont know what!

When in doubt, try using a simple sine wav and test effects with the native analysis tools such as the Spectrum Analyzer and Phase View.

Point disto, lo-fi, and scream filter at cabinet simulator or compressor, play with the order they are linked in…

Comb with lfo changing the cutoff is similar to phaser as it is also a phase-cancel effect, but it is easier to control.

@den&bass: try this:
Keytracker with both sliders all the way to the left > LFO Reset - LFO set to slowest possible setting, random > Lofi Mat Bits slider. now play a snare or a hat on that track, and you’ll get a new bitdepth for each hit, which can sound pretty cool.
another thing to do with the Lofimat is to make a ‘breakdown’ of your sound. automate both sliders (bitdeph & rate) to go from full to nothing (with some kind of curve but you figure that out by ear) while a sound is playing, so as to ‘break it down’, reduce it to bits, etc.

the distortion has been covered already, indeed, spice up drums, add a bit of grit.
screamfilter i never use, good question

comb & ring: use them seldom, but when i’m looking for a weird vibration in a sound and i’m not sure where to find it i usually try these out and find something cool.

@Cas: Chorus can be nice to ‘buff things up’. say you got a weak synth sound. try and hammer a chorus on it to fatten it. you can see the result nicely in the Pulsemeter. also, on more extreme settings it can do pretty cool fx.
Flanger i never really use, but if you want some spacy cymbals or hats or whatever, try this on.

i think i never use the Reverb (regular one) - because the mpreverb has more options and i find it sounds nicer, or the Scream Filter. that’s about it.

ring modulation is good for everything.

The original purpose of ring mod is to give bell-like overtones to a sine wave. Try it on a sine sample and you’ll hear a stereotyped classic sound… Use it on something else and you can create metallic overtones that don’t match the source.

They need a ring modulator that follows the key of the sound source. I mean, I could analyse and automate the ring mod to do that, but it’d be a sick feature if they could figure it out.

They need a ring modulator that follows the key of the sound source. I mean, I could analyse and automate the ring mod to do that, but it’d be a sick feature if they could figure it out.

Here is a Renoise 2.7 .XRNS file that demonstrates some other tuned native devices: 7629 dblue-tuned-devices.xrns The following devices are included: Flanger, Ringmod, Filter, Lofi, Comb Filter, Chorus, Phaser What I mean by ‘tuned’ is that their frequency or delay times have been programmed to respond to the notes you play, by connecting a Key-Tracking Device to a carefully created custom LFO Device which in turn controls the tuning. In my example I’m using noise (either a quick burst or a…

Oh man, thank you so much. Still would be sick to see it integrated into the Ring Modulator.

Distortion is a thing that you need on specific samples to get the idea.
Try applying it to acoustic guitar samples or organ samples.

Oh man, thank you so much. Still would be sick to see it integrated into the Ring Modulator.

I don’t really get it, ringmod is made to add extra harmonies?
anyway, for the topic starter, here’s a quick thing i put together to show you what I mean with using comb on a drum track (it’s on track 2) try the loop with the comb on and off ! 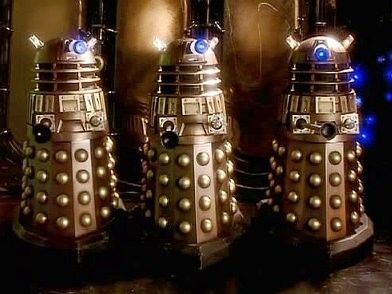 the lofimat will help you to make your quality hifi speakers to sound like this :

visualisation, haven’t thought of that.

nice! you gave me cool things to expermiment! gonna play a little now! thanks a lot!

I don’t really get it, ringmod is made to add extra harmonies?
anyway, for the topic starter, here’s a quick thing i put together to show you what I mean with using comb on a drum track (it’s on track 2) try the loop with the comb on and off !

yeah i just use overtunes great expsin function for that

btw i know what ringmod is

-lo-fi mat (‘it rocks’, says the tip of the day!)
-disto and scream filters : awfully destructive effect, sometimes i use disto on the slightest settings possible, but not more!
-comb filter
-ringmod

I use all of these all the time except for the scream filter.

I use lo-fi to dirty up drums and bass.
I use distortion on almost everything.
The comb filter is great for higher drums and pads if you hook it up to an lfo.
Ditto for the ring mod.

I don’t think I’ve ever used the scream filter. I’ve tried, but I just don’t like the way it sounds.