the chordlord tool lets u do it, if you set key commands for each chord in the preferences. I use it a lot its really good. It even has commands to change inversion, scale, and mode

Thanks for your response! Would you mind explaining exactly how you did this? For example, I was able to set key commands such as Shift Z for the I chord, Shift X for the ii chord, Shift C for the iii chord, etc., but when I do real time recording it did not record the chord triggered by the key command - only when I click the actual button within Chord Lord. In addition, when recording I can’t hear the chord that is triggered, although the notes do get recorded.

Any other help you could provide would be appreciated!

It can’t record your chords live because you set one of the keys to a midi key, so it just plays a C note if u tried to press Shift and z(z is the key for a C note). This is what I have mine set to, idk if you have a number pad or not but if you don’t you can use the Fn keys, or try to avoid a midi key. 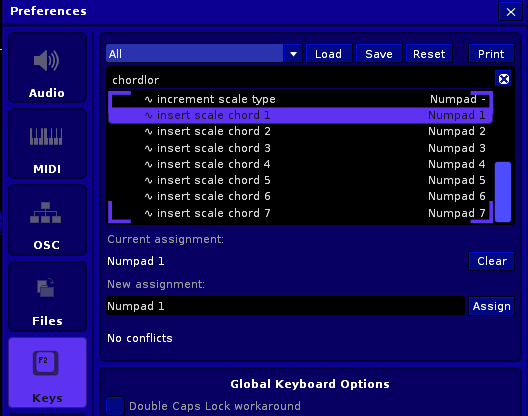 As for hearing the sound while recording I have no idea how to do this, I’ve been meaning to figure this out myself. Usually I will just play without recording until I know what I want then turn record on and play the same thing.

You can do this with the phrase editor. 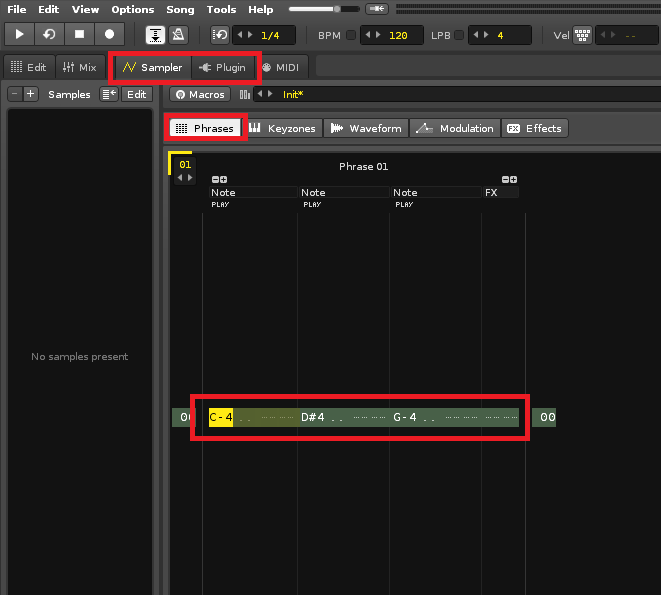