Tracking As A Job

Just curious if anyone here is supporting themselves fully from money made by producing music … it’s something I’ve pondered for a while now. 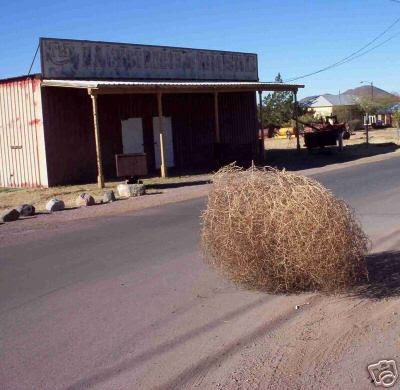 Occasionally doesn’t count eh? I’ll make some money with Renoise in a couple of weeks when I review 2.5

I think you will have a hard time finding someone supporting himself making music period!

I think snares man does

tracking is more like an addiction isn’t it? you can’t make money from being a crack addict. you have to do things to support the habit. personally i hold up liquor stores and break into drug stores to steal their LFOs. when the goings good you can stay up for days without sleep, just tracking, occasionally going out to score some more squarewaves.

one thing is earn some money to spend on more material, or drugs or whores

but sure there are some who are millionaires

music is the most competitive and hard to win business in the world, or so i read that in a business newspapper once

the tour i made more money was because we had a sponsor that paid all expenses, so all profit came to us

of course Dj/Rupture is also a music journalist. I think Steve Goodman aka. Kode9 teaches at university and follows the academic path when he isn’t running hyperdub. He has his book ‘Sonic Warfare’ published now, which I believe was his PhD thesis.

I think the answer is probably “most of them.” And those who do not now, probably will be in 5 years.

I think the answer is probably “most of them.” And those who do not now, probably will be in 5 years.

it should be a fun business in the first place

“When I worked at NME, for instance, we were surprised to find that the same guy we were declaring the “future of music” - Bloc Party’s Kele Okereke - was also selling us popcorn at the Curzon cinema in Soho.”

it’s not only hard work but also a lot of luck, you can make the best music in the world, you send it to a lot of newspapers and labels and no one cares because they don’t even give it a try. there are a lot of labels that in their websites say something like “don’t send us demos, we will see you live or someone may tell us about you”.

and you may find some guys at Warp or other labels that make music worst than yours and have albums released and a certain amount of sucess and you think it’s unfair, it may be… they have something you don’t - they know someone there

another thing, the best sucess is the growing one like Aphex Twin, he’s a guy with a past, he won’t fall down that easily

it’s not like those guys that reach sucess with their first album and then no one ever knows from them again. they will suffer that for the rest of their lifes

my advice is: have fun, do your best and take your time, in the end if you don’t make it you won’t regreat it. and do not imitate your favorite musicians, steal from them all and recycle into something new. it’s not hard to see that most sucessful musicians have their own style, those who don’t are the ones that have 1 hit only.

a good example:
when Tortoise became more known they already had 3 or 4 albums, they could do a bad one that it wouldn’t kill them. And how many post-rock bands appeared when they became well known? a lot… how many survived? not many.

that said… if someone thinks that i’m being negative and just want to be a downer for your dream, you are being stupid

Music is my full-time job now. Composition is only part of it, and somewhere in there I look for time to continue doing my own, just-for-the-hell-of-it stuff.

But if that’s all I did, I’d be hard pushed to call myself a musician - I’d just be a composer. As a musician, I also play violin professionally (both solo classical stuff and lots of Irish stuff), do some accompaniment (guitar, keyboards), do little bits of recording for people (all of the above, plus things like flute/tin whistle/mandolin/bazouki and, when the worst comes to the worst, accordion) and - the biggest breadwinner - TEACHING.

I don’t hate it, but it’d be nice not to have to do it. On the other hand, it’s nice to be able to drop it off for a few years and then pick it up again when you need it.

I also do some work for my dad’s company, going into primary schools and doing various types of music workshop <- this sort of thing is a goldmine if you prepare well and do all the networking. In the UK, primary education has a real shortage of musically trained staff, so many schools pay for people to come in and deliver those bits of the curriculum.

I did make some money touring and playing around the UK as Syphus (chipmusic - Amigas and live keytar), but touring’s a hard life and going to lots of little one-off gigs that are all spread out is arguably harder… Finding income close to home with only a few highly-paid trips away each year is the best way to do it, I reckon.

So I’ve listed a lot of stuff, but I’m still broke-ass as fuck. That’s the choice you make. I quit my well-paid, frustrating job because I wasn’t able to find the time for music…but I didn’t have time to spend all that money anyway. Rather be broke and happy.

Oh, and if you play fiddle in pubs, like I was doing earlier this evening, you’ll often get a few pints of Guinness bought for you

And Guinness isn’t cheap these days!

P.S. I mentioned ‘little bits of recording’: if you can play anything, anything at all, even if you’re not that good, if you can get a reputation as someone who’ll do a bit of session recording for other people, you could do well from it. If you already play an instrument, branch out: reason I can play mandolin, bazouki and tenor banjo is that (here’s the secret) THEY’RE BASICALLY THE SAME AS THE VIOLIN! Only much easier, because they’ve got frets and you can pluck 'em. If you cheat like that but provide what people need (and often it’s just a few notes to go into their sampler so they can pretend they’ve got an authentic recording in their song), it’s another string to your bow (if you’ll pardon the pun).

P.P.S. I agree with Spike’s comments on “not yet” ONLY insofar as if you’re unable to say “YES, I’m a MUSICIAN!” when somebody asks you, then you’re not a musician. Or a . My musical output has been low for the past little while, while I was working full time, so I could never say that with confidence. If you’re in a position where you have to say “Er, well, not yet; I need to get some stuff written, make a demo, lay some beats down, y’know”, then you’re better off not saying anything at all. Prospective customers (let’s be mercenary about things for a moment) will think you’re a joker unless you can walk the walk as well as talking the talk.

But it’s not like selling cars, where each sale is a start-from-scratch endeavour that relies on arbitrary conditions. As soon as your reputation builds (as a producer, performer, whatever), it self-perpetuates and you’ll start to get more and more work. Sometimes more than you actually have time to do, and then that’s a whole other problem…but not one I’m suffering from right now

FINALLY… If you’re thinking about going for it, making a living from it, just fucking go and do it. It’s such an amorphous, organic skill that gets fine-tuned from all directions all the time, that you will be able to adapt to your circumstances better than most freelancers and if the worst comes to the worst, go into the street and busk. I know some buskers who make more money from tourists and passers-by than many other full-timers, and they only have to work weekends!

I know some buskers who make more money from tourists and passers-by than many other full-timers, and they only have to work weekends!

In a past life I did the streets for a couple of months in Valencia with 2 friends, playing didgeridoo, jugling, etc.
We made about 4000 pesetas in one hour, taxfree!!! more than I’ve ever earned in a normal job… glorious days!