I’ve reproduced this with Kontakt 4 and Vivaldi MX (free fm synth), but I suspect it’ll work with any VST which has multiple output channels. I’m using Renoise 2.8.1 registered version on Windows XP 32 bit.

Group tracks, although different to normal note tracks, do seem to share some of the same properties in Renoise.

SO let’s take the example of your 3 track project. Let’s not rename anything but leave it as standard:
Track1 : Track2 : Track3

Do you see the automatic renaming that is going on there? the Group is treated as a extra track inserted between the last track in the group and the next track.

It is of course possible that the Devs missed something in the automatic renaming and routing when adding or removing Groups and I don’t have any VSTs installed to test if this is the case but it would surprise me for something such as this to have slipped through the net for so long!

I think that sending audio to group tracks should either not be allowed or something is really wrong in the routing.

That seems like an arbitrary restriction and kind of defeats the purpose of group tracks as logical units for instruments. (In my example I had a “left hand” and “right hand” track for a piano. It seems natural to group them and route the audio to the group.)

Do you see the automatic renaming that is going on there? the Group is treated as a extra track inserted between the last track in the group and the next track.

Yes, your point being? I gave a minimal example to reproduce the bug and even a freeware VSTi along with it. Anyone on Windows should be able to confirm it. Btw the track structure you gave was correct, in case my first post was slightly confusing.

As far as I can tell it’s simply a bug in Renoise, and a bizarre one at that. 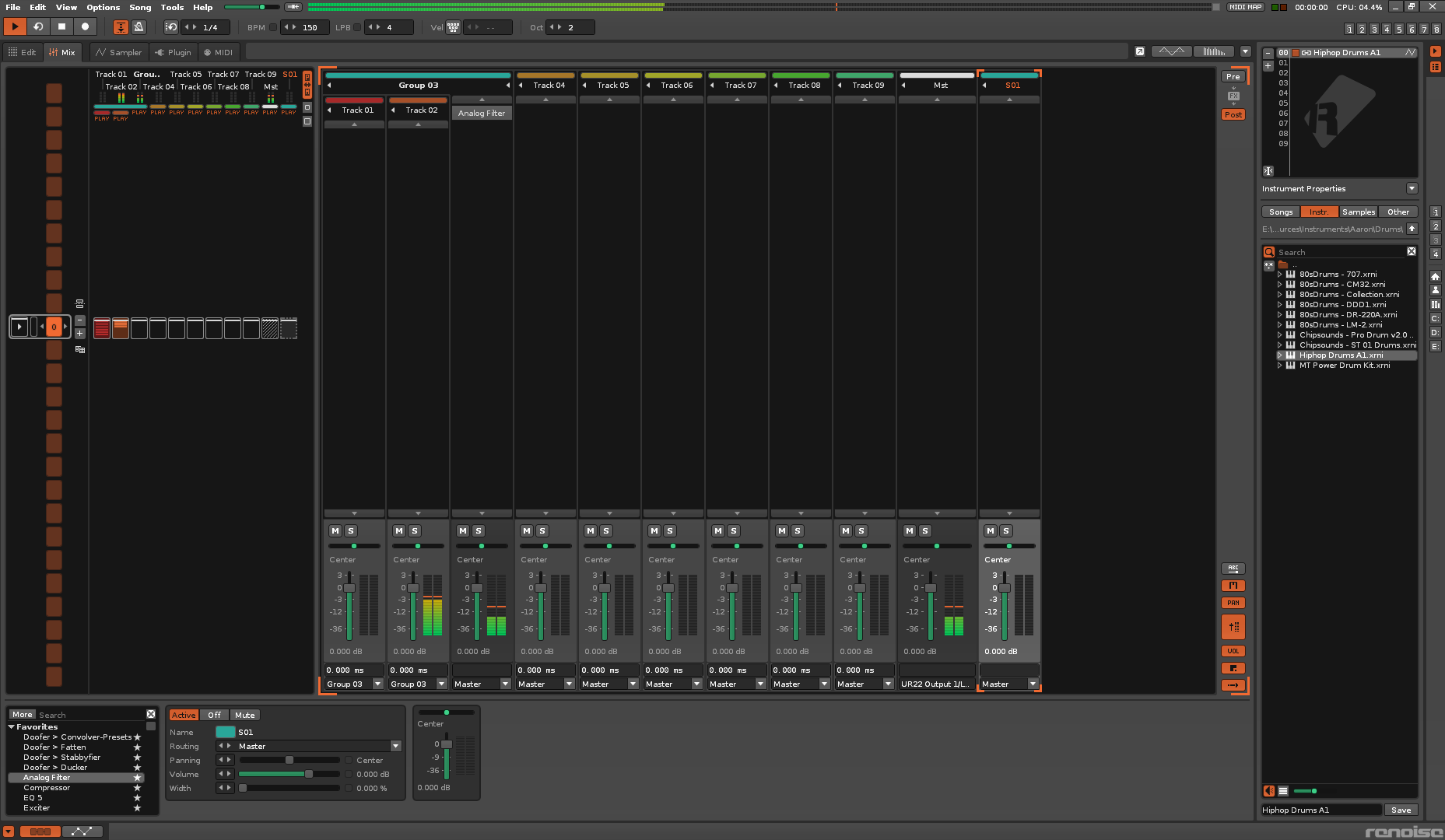 Does this bug still exist ?
I ran into something similar. It’s a sample instrument (With effects). As you can see it gives output to Channel 1 and 2 but 1 doesn’t show any output and when I put the Filter on Track 2, it effects the sound of both channels ! When I mute Track 2 the sound of Track 1 appears as normal.

It’s a sample instrument (With effects)

Keep in mind (because you have a FX chain with that instrument) you can only have that instrument playing in a single track. From the Renoise manual:

Renoise only: Much like plugins, instruments that make use of sample FX Chains can only be played in a single track at a time.