I know using a cracked Version of a sheap software is gay but lädt Week i buy the license for 80€. And i Love it to use the First Time a licensed Software that is not a pc Game

that give the Motivation to Stay in Produce. With the Version 3.1 i dont have anymore Problems with automate the vst kairatune.
I just want to say. I am now a legal member and in my opinion the Crack User Wouldent buy Software of they dont Produce seriously!
A Game Developener says: we have a damage of a few Million Dollars because the illegal Downloads of our Game (world of goo) that is Not Bad for us because they Never Would buy the Original if they Cant Download this copy.
I want to buy renoise already Last year but there are to many another things happened and i use the cracked Version to learn renoise. I know the Demo is good for it too;)

Good for you! Congrats

R 2.8 was my first bought audio software ever :]

Not forget to now deeply purge/cleanse the pc where the cracked stuff was on, and if you’ve ever been so silly that this pc has been connected to the internet since illegal stuff was installed then also change all vital online passwords used on it, from another hopefully clean pc or after throughout cleansing. Srsly. And don’t try to rely on antivirus software, cleansing means to just wipe all disks, backup only nonexecutable files, install everything new beginning with the bare OS from ground zero & only from trusted sources. This is the price you pay for using pirated software. Staying offline and cleansing, or being at risk of having all of your data in the hands of criminals. And depending on how you used the pc this data could bring you or others into trouble of one or another fashion.

And why use cracked renoise when the demo does everything vital but rendering/resampling? With 500€ software having only a very crippled demo I’d understand, but with renoise…

‘when the demo does everything vital but rendering/resampling’

it also can’t use ASIO drivers, this is why I’ve bought it

A friend of mine told me that he once installed Pirate Renoise and his PC exploded!

His PC was on fire and he had to buy another. He investigated and came to the conclusion that Renoise’s pirate software had a virtual explosive detonator (activated randomly). What he did was load the CPU and the GPU previous configuration with superoverclock, until the PC burned.His PC was high-end. So you imagine the experience he had. 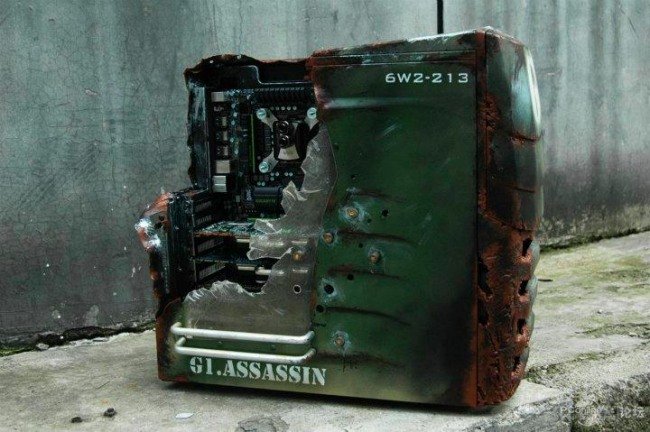 Then he decided to buy Renoise’s license (v3.0.0), and his new PC did not burn. It works like silk.

Later, he realized that he made a fool of himself by not paying the license.He began to investigate the prices of other DAWs, which were much more expensive, more more expensive. He also started sorting his favorite VSTi and starting to add the money that was worth all his licenses (Full version of VSTi). Some VSTs were very simple and they cost a lot of money.He saw all the VSTi he wanted, each one cost much more than Renoise’s license. Something did not fit. He realized that Renoise’s license is literally a gift.

And in the end, after using several months Renoise, he realized that most VSTi are not needed. He’s only interested in some heavy bookstores. Also discarded using other DAWs.He checked that Renoise is better.

Just half a year ago he was arrested by the police.First he thought the police investigated him and found that he had a pirate VSTi (related with Native Instruments).Turns out it was because he used Renoise Pirate 2.8.It turns out that version was an impersonation of identity.

Not only did your PC burn.He had trouble stealing money online from banks.Obviously, it was not him.But the scare follows frightening the morning.

Conclusion. Never have to play with Renoise’s piracy.Buy the license! It is very cheap and your PC will be happy.

He is still very regretful!Poor!

And yes, I obviously did purchase full v3.1 license (never used pirated version, though) simply because there’s no better DAW at this price and no comparable tracker alternative!

I think he was playing CS so bad even the computer rage quitted. LOL!

Man, this is so sad, I could cry all day. Renoise isn’t really developed anymore… A bunch of basic things are missing (e.g. proper automation+pitch/modulation recording, sidechain or bug free quantization) and will never arrive. It’s like stopping in front of the goal…

Well, surely Renoise 3.1 it’s worth the money. It’s a very unique, creative music software, IMO worth any effort. But as Taktik lately stated, “take it for what it is, not for what it could be”.

What is it not?

What is it not?

yepp definitely needs an audio recording/comping/etc. focused DAW beside it, luckily Renoise supports the ReWire protocol so it’s not a dealbreaker thing (working perfectly with Reaper, which hasn’t got feature loss if it acts as ReWire slave)

Sidechaining… I’ve been looking into this lately to see what it’s all about. So, from a noob perspective… how is Renoise not sidechaining well?

Sidechaining… I’ve been looking into this lately to see what it’s all about. So, from a noob perspective… how is Renoise not sidechaining well?

http://tutorials.renoise.com/wiki/Meta_Devices#.2ASignal_Follower can be used or

That’s not the same. Sidechaining is common standard nowadays in almost any electronic music style. Sidechaining is much more precise, and you will get the dynamics character of the specific compressor you use.

Also sidechaining is not only good for dynamics, but also for vocoders, or fancy morphing effects like Melda’s MMorph. It will give you a whole new dimension of awesome effect possibilities. Have a look at Bitwig: They did it right. In Renoise, sidechaining could be “simply” achieved thru the send device. There are several suggestions how to implement that here in the forum.

E.g. have a listen to Scooter’s recent 2016 album: They used there kind of multi-layer side chaining in a bunch of songs. It sounds really interesting. Their songs have like DR of -7dB, but still sound a bit dynamic, because of that multi-layer techniques.

You could use a LFO or automation, of course. Sometimes it sounds good. But the drawing of automation in Renoise is imprecise due lack of spline curves. Which gives the precision of such approaches. The LFO tool is not required in Renoise, it can do that by its own.

ok then the real deal, "Someof theirRules can be bent, others can be broken "

needs a send unit, a send track and a standard one, and some modular fx plugin, MUX is perfect