Aftertouch live recording does not open the FX column 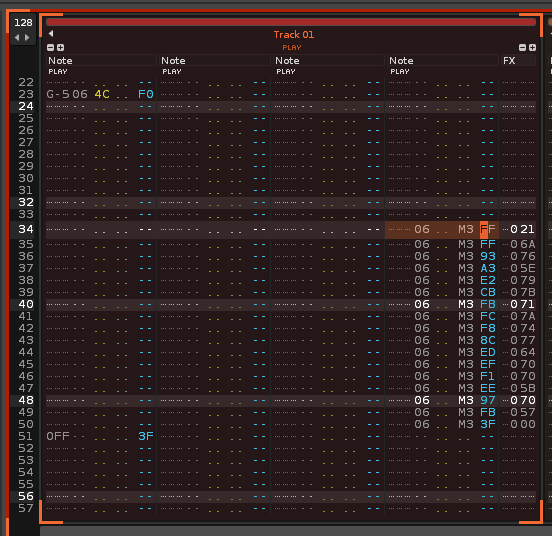 When recording with a midi controller with aftertouch keys from a default note track with all sub-columns closed, it should automatically open all sub-columns that record data.

The fact is that it opens all the necessary ones, the volume one, the delay one, the pan one to capture the M3 value, but the first FX effect sub-column remains hidden, it should also be opened (in the image above, I had to manually open the first FX column, which was hidden and full of newly recorded information.).

To test this, record with a MIDI controller with aftertouched keys from a track starting with all subcolumns closed, making sure to play with aftertouch.

Also it should automatically add / open a second note first, for aftertouch and pitchbend recording, so it does not interfere with the fx on/off automation. If you do not add a extra note column, and then delete an fx which is on/off-automated, the pitchbend and aftertouch automation will be messed up, causing now random on/off automation of any fx in the track.