Sometimes there are some LEDs blinking (e.g. CC oder Prog Change) when playing notes. I think it can be sometimes triggered by choosing the keyboard in the midi menu as an output device.

For instance what I don’t understand: When activating the arpeggiator on the MPK mini the ON/OFF LED should be turned on all the time when the arp is on. When I choose the keyboard in the midi menu as an output device and play a note the LED is going off although the TAP/TEMPO is still blinking which means that the arp is still on. Did anyone observe such effects?

It seems that with your MIDI controller it makes no sense to use MIDI output. So it is best not to activate it. It will not help at all. Your controller does not need to receive messages from Renoise, just send them.

Does the same thing happen with MIDI output disabled? When you have MIDI output activated with your MIDI controller and you use all physical controls, does data appear in the Renoise MIDI OUT panel (Instrument editor, MIDI tab)?

Hi Raul, thanks. Yes I think it makes no sense, but I wonder why the controller seems to get confused. I can reproduce the arp issue which definitly is gone when the output is disabled. For the other lights I have to make longer tests. I also could reproduce it on two linux PCs and one Windows

When you have MIDI output activated with your MIDI controller and you use all physical controls, does data appear in the Renoise MIDI OUT panel (Instrument editor, MIDI tab)?

Does something appear to change?

When the setting is like this, I see only data in the input window. Exactly what I play and nothing else: 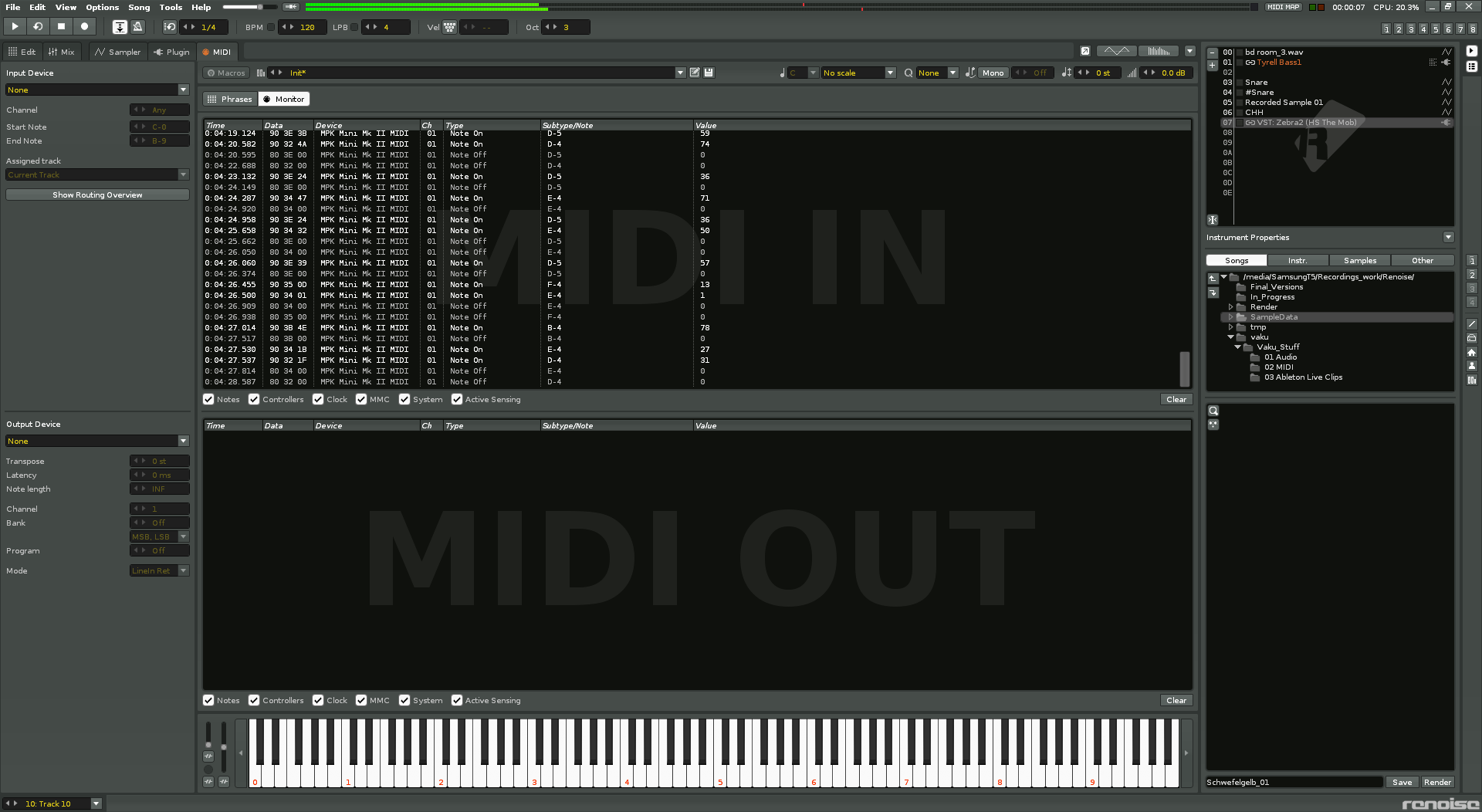 When I activate output, I see midi notes while a track is playing, but only of one track (C4 note). This triggers also some LEDs on the AKAI (which makes no sense to me).

When I deactivate everything (notes, etc.) I don’t see any notes in the lower window, but LEDs still get triggered: 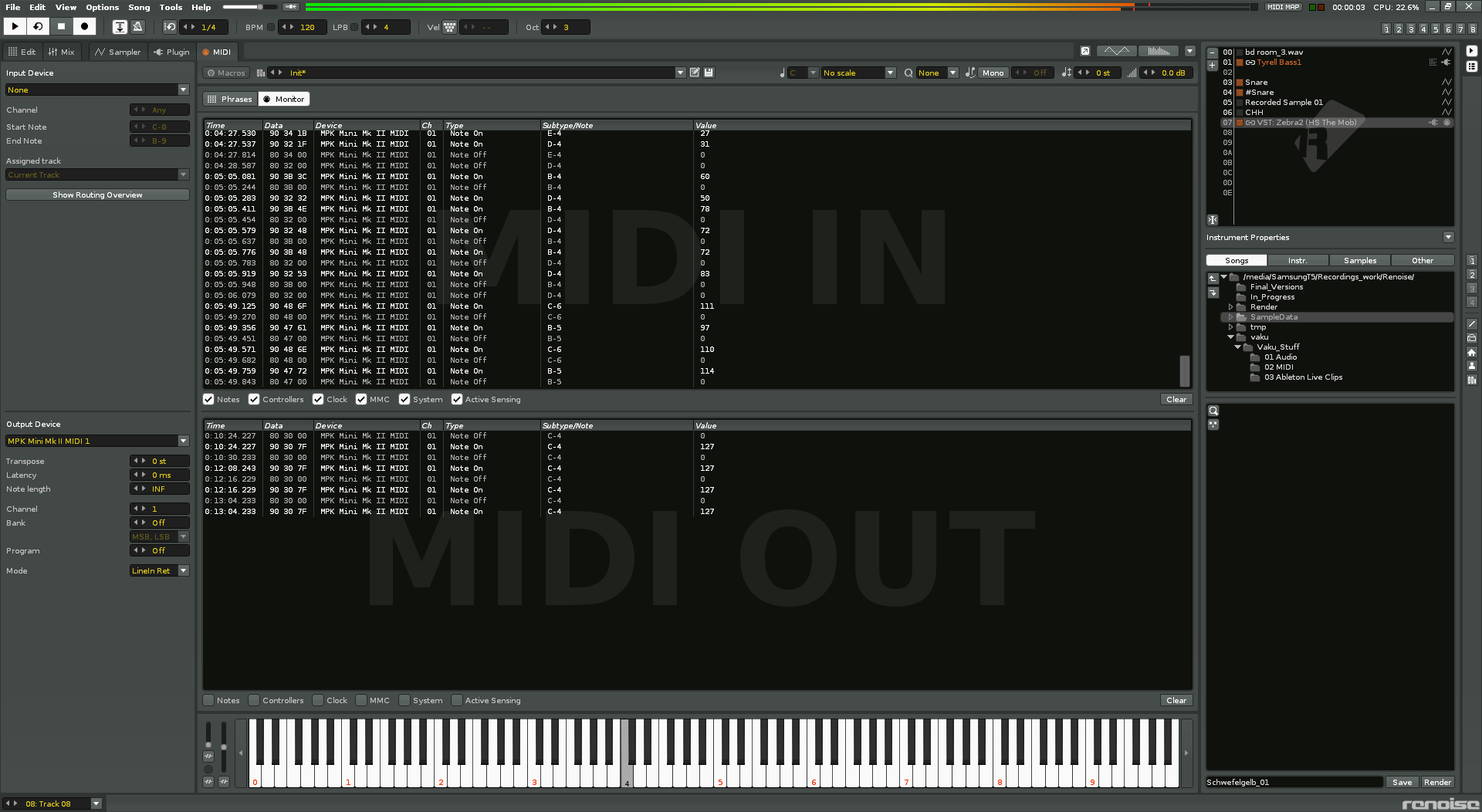 With the MIDI Device activated on the MIDI tab, Renoise should send all the notes in the pattern editor when it is playing.

Apart from this, it seems that your device reacts to certain sysex data that correspond to a particular note and should only react if there are notes playing and being sent through the output.

Yep… but strange that cc led ligths up when c4 is send.