I like to generate samples for Renoise. A lot. I’m always looking for ways to create new waveforms.

I won’t use AKWF. Not now, not ever. I like to make my own sounds.

It does FM and AM as well as the basic waveforms, along with harmonics.

Under the “Tone” section, you can add harmonics to the waveform for even more variation to your samples.

Finally, since this is a SFX generator, you can also come up with all sorts of bass-drums, and other odd percussion. Maybe snares? I don’t know, I haven’t tried every variation. Lots of neat sounds. The noise waveforms are nice and soft as well.

this reminds me this tool which i was used for my old 8bit games.
https://www.drpetter.se/project_sfxr.html

It’s based off of that!

thank yu ben lookin for this

Another in VST format
https://socalabs.com/synths/sfx8/

Well well well - SFXR exists in LUA format as well. Could this be ported into Renoise? If so, we’d have a drum synthesizer, an explosion synthesizer, a chiptune waveform synth, and just about any other basic synthesis sound we’d ever want/need. Blips, coins, jumps. Damn, make the entire video game soundtrack AND SFX in Renoise. Save a helluva lot of time! 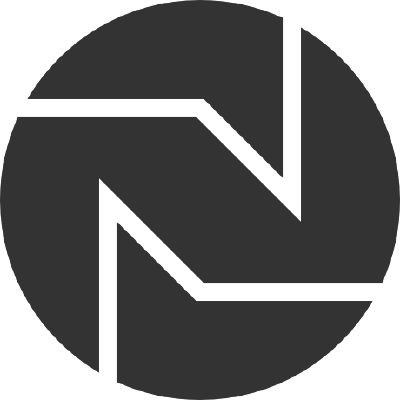 that is great idea!

Adventrure kid made such an epic effort to get those waveforms up but they were in such a bugged out tuning, like D-2cents or something. It makes them impossible to tune accurately.

Thats not a real C, its a slightly out C…
I dont mean to sound like a total douche, nitpicking, with a bee in my bonnet and uppity but it is true though.

Also, when it somes to bugged out waveforms, like FM waveforms…it can be hard to tune too because some of the harmonics other than the fundamental are so strong (giving in harmonic, metallic cymbal or bell tones and stuff).

However, with all generated single cycle waveforms for use in samplers to make them sound like synths, there will be aliasing problems when tuning up…and it is quite noticeable even with anti aliasing, although some people do like the raw sounds with aliasing.

Generating a waveform per key always gives notes that are ever so slightly out of tune.

It could be quite nice to get just a simple waveforms native synth in renoise one day…just some simple real oscillators…it would get around all the (subtle, slight) problems with single cycle waveforms like sample aliasing and also volume scaling for live keyboard play (with high note too loud relative to low notes when using singlecycles).

Check out the ableton wavetable sample packs. Plenty of cool single cycles. Much better than adventure kid. Although renoise cant step through the wavetables…only one at a time.

The user created wavetables are generally shitty because they dont scientifically work out the waveform harmonics like the real synth manufacturers did in the old school sample based wavetable oscillators (eg. palm, monowave, kawai r4 and all those)…you can also rip the waveforms directly from eproms which you can download from d-techs site, then load into renoise 8bit unsigned.

It a lot of effort when you could just use a vsti and renoise plugin grabber though.

Thats not a real C, its a slightly out C…
I dont mean to sound like a total douche, nitpicking, with a bee in my bonnet and uppity but it is true though.

Bee my guest - I’m gonna share what I’ve found, and ask for what I’m looking for, and make my music however I feel like it

for real…single cycle waveform aliasing problem is only subtle, noticable from about A6 (when tuning up from A4)…plus that C is only slightly out…probably more in tune than a violinist or a piano string…its just when you tune it up it will be more and more out of tune.
All instruments are tuned to A4-440Hz. Better with an A.

That and the problem of volume scaling if you plan to play live keyboard with a singlecycle waveform instrument - the high notes are way too loud relative to the low notes.

Making a synthesizer instrument with a sampler has some drawbacks.

Even the harmonic series itself is ‘out’ when compared to western equal temperament.

each of the harmonics has a deviance from 12TET, measured in cents.

Man, you’re just sucking the fun out of this…

Honestly, I love single cycle waveforms and Im agreeing with you, your better off with a generator than adventure kid waveforms because they are untunable…but im just saying…all instruments are tuned to A4-440Hz, not C…To do that perfectly accurately use a sample length of 256, 512, 1024 etc…or for a crunchier one 2, 4, 8, 16, 32, 64, 128 (lower resolution).
Downloading the freeware tuner Gtune and tuning properly is well worth it…you wont believe how out of tune you were. Then you can add real instruments samples to your SCWF compositions no problem

Heres the harmonics of A from A2 (5th string on guitar) for your waveform generator fun times. Its only rough and the last number is deviance from 12TET in cents.

I know, I know. This tuning factor doesn’t really matter for what I make: https://ab-nnn.bandcamp.com/

I do use the “Easy Tune” Renoise plugin when something needs to be closer-tuned to whatever set of waveforms I’m working off of. If I was making a type of music where actual tuning is important, I would care more. But for my own brand of music, close enough is good enough.

nice album man. That was relaxing and subtle, I like it.
Looks nice and chilled in tuscon arizona…