Any way to add a 'soft start' to a sample playback? 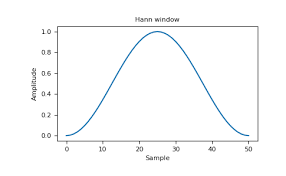 hmm, I’m not sure I fully understand what you want to do. But you can add a fast sinewave LFO to the volume. That gets something akin to that stuttering granular sound. Add another fast noise LFO for some randomness. Maybe map the LFO speed to a macro and control that either through automation or via another LFO.

Is that what you’re after?

@eretsua - I know all about that one

I’m using @Raul’s SMC Tool, it can do granular. It’s really neat and I finally got it to work like apeSoft’s “iDensity” tool. That means, I’ve got the window with the playhead bouncing in-between a start/end point while it scrolls through the audio. Beautiful!.

The one thing I want to do is ‘soften’ the sound, not with a filter, but via an extremely short envelope at the start of every time the playhead triggers the sound. Right now, I can use a filter, or a reverb, or built-in envelopes to make the sound more gentle/hazy, but I would prefer something that works like the sampler’s built-in playback “quick fade” button.

So it would be that sort of envelope, but for every time the SMC Tool is able to re-trigger the sample. If you’re into granular stuff, you’ve definitely seen things that look like that the Hanning, Blackmann/Harris envelope above. That’s how the granular synthesizers produce very soft, yet glitchy, pads and hazes, etc. Cuts out the ‘click’ SMC Tool can do this thing now, and I’m trying to find a workaround if I can, and am also seeing if it could be coded in by notifying @Raul, so we’ll see.

I know all about that one

I would have been a little surprised if you didn’t. But I thought I’d mention it just in case.

Anyway, that is interesting stuff you’re doing. And I get now what you’re trying to achieve. It would indeed be sweet if it’d trigger such a tiny envelope each time it re-triggers the sample. Unfortunately I don’t have any suggestions for a workaround.

Definitely cool stuff though. Hope you can get it to work!

I’m even trying a custom LFO waveshape right now, crafting it into the Hanning-style curve at about 10 samples in length. Softer, but still grungy. Whew! @anon81231982 is there a possibility that there could be a screenshot I could look at? I’d love to figure this out!

the envelope shape is only 2 points long but you can extend that to create other curves, although increasing the amount of points will result in slower fade ins. There are other ways to set this up. Such a DC offset sample curve > signal follower to SMC tool volume instead

So, with this in mind, have you listened to the iDensity video? That’s the sound I’m hoping to achieve via this method. I’m going to look into this anyway, because it looks very interesting! I’m probably asking a lot.

Yeah I do this using New Sonic Arts Granite sometimes.

But can it be done without a plugin and only SMC Tool?

Yeah for sure. You just need to set up SMC the way you want and then use LFO for some randomisation options coupled with that triggering method I mentioned above.

Alright, I’m on it! Thanks a ton - this particular one isn’t so easy, so I’m grateful for the info

You’ll be able to scrub through audio like with iDensity, but you won’t be able to generate multiple grains in the some way that granular synthesis works.

Yeah, I know, that’s the only part that isn’t totally true to form, but that’s a limitation of the sampler. I’ve been using an LFO to control the Start/End points as the actual window. So, they’re running in sync, and have a short space between them. Then I modulate the Window parameter to bounce around between those two. It’s SOOOOO close. Now that there’s this envelope method, hopefully that takes away the ticks/clicks/pops.

An alternative method to delay fx would be to simply duplicate the sample 7 times and then use 7 more SMC panels to control each individual sample with randomised selection for each one, and apply all of the above techniques to each one. That would be even closer to granular synthesis. CrusherX for instance has 8 granular engines so a setup like this would mimic it very closely