Anyone good with PD?

Is it worth it to start studying?
I checked the ultra beginner tutorial, looks a bit complex with the ‘bangs’ and stuff

Well, PD is both easy and complex. Easy because it’s visual, complex because you are building something from the very smallest parts to make a bigger piece. I tried to do it, but the app is both tedious and on every computer I’ve used it with, it crashes. Could just be my luck.

If you want to get into something slightly less difficult, and are able to keep up to speed with people who talk fast in videos and move pretty rapidly, there’s ORCA, using PILOT as the synth - pretty nice for live performance, similar to a tracker, but different. 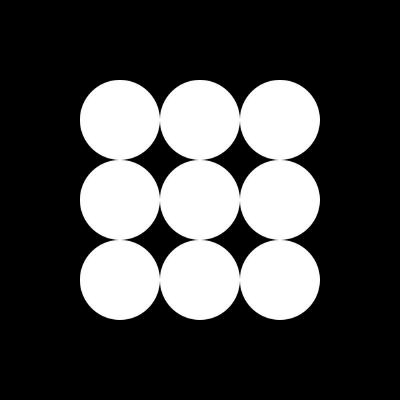 Orca's best friend. Contribute to hundredrabbits/Pilot development by creating an account on GitHub.

Good luck - I can make it make a sound, but then my patience runs out.

I’ve dicked around with PD. Not too hard to get started with, was able to get MIDI and OSC handling with a bit of video watching.

I keep meaning to try out automatonism because it may hide some of the complexity, replacing it with a different, but maybe more familiar, complexity.

BTW, if you decide to go after pd, I think it’s worthwhile learning early how to make and load your own libraries/modules, so you can build up higher abstractions and not have to rebuild every sketch from scratch.

The bangs and stuff are a bit odd at first. Learn how to embed comments in your pd sketches : )

I do that to remind me what I’m doing and how/why it works.

The help system is actually pretty cool so there’s that as well.

Thanks. Those are interesting, look and sound really cool.
Gives me a good idea of whats possible.

I think its too complicated for me, maybe I should spend more time in renoise maybe learn a modular vsti or something instead…might take five years or so to get good with PD I guess.
Crazy stuff.

I heard people use it for games…like below (there was a way cooler game using pd that i found a video for before but cant find it now). Anyway, too complicated for me for now anyway. Maybe Ill try sometime. Looks like a time drain

Yes…yes it is…although you will have learnt a very powerful tool which you can put to many uses. I cut my teeth on Pd for a number of years, but don’t use it so much now. That said, I’ve seen amazing things done with it. Look up ‘acreil’ on youtube. When you create a critical mass of abstraction objects that’s when things really get cooking, though that is the case with all the lower level audio languages. I personally now would however invest the time into Csound or SuperCollider. Both text based audio programming languages, which may appear more daunting than the modular style patching, but when you want to scale things up, text-based wins out.

You might want to consider Plogue Bidule also. It’s sort of a middle ground between something like Renoise and Pure Data, but being able to use AU/VST/Rewire and itself as a plugin, it’s deceptively simple, yet really powerful (in the right hands)

Thanks for all the information.

It looks really interesting, seems like you can create your own synths and drum machines, even physical modelling drum synths and pretty much do anything you want with it. To be honest Im such a novice when it comes to programming maybe it is just too much for me. My last attempt at programming was writing a text adventure in QBasic 20 years ago lol. My focus is just writing music for now. Having said that it is amazing to see what people can do with it.
Im not so much into generative music but PD looks like it could be good for creating some kind of interactive art and sound installation. Just reading around, seems like people might use combination of PD, MAXMSP, Supercollider for that kind of artwork (also controls lighting and stuff)…very interesting. Do you think CSound is the most professional one then for getting into actual coding for making sounds for real video game releases?

I played a kind of ‘art’ game on psp years ago called ‘flow’…sounds like it might have been using PD to do the sound in that game.

Do you think CSound is the most professional one then for getting into actual coding for making sounds for real video game releases?

No, not necessarily, though it does have a very comprehensive api and greater reach (plugins, web etc) than the others, but I wouldn’t say the others are any less capable to making games (SuperCollider would be a bit more tricky I think, based on its structure). The trick is choosing a tool and mastering/seeing where you get with it - try them all. You’ll pick up more general concepts around programming in the process.

If you’re wanting to get into music for games, then learn a middleware like FMOD or Wwise. Csound can make plugins for FMOD as it happens.

PD/Max have seem to have more reach into the AV world, but that’s not to say that the others mentioned don’t have that capability - they just seem more ‘synthesis’.

Seriously, grab a copy of Plogue Bidule and see how you get on. It’s got more than enough capability to make sequencers and drum machines, weird samplers, just it’s more user friendly (tho the documentation is shite). You can rewire it into Renoise.

Thanks for the information. I will have a lot of studying to do.

Just started learning PD as well, it’s not that hard to understand, it just depends on how good you are at coming at with complex sketches interactions etc.

There’s a few good Youtube Tutorials around. Also check out the Prettier Version called Purr Data, it’s UI is based on HTML/CSS.

I think the path to satisfaction is quicker in Bidule, especially if you are starting out, and the knowledge gained is interchangeable.

There are certain similarities in terms of block patching, but Bidule is particularly crap for storage of discrete data. There are no forms of easily accessible array other than the totally unintuitive numerically indexed ‘Maps’, where data visualisation is opaque and offline persistent storage is non-existent. Or there’s a limited length graphical wavetable in various power of two forms, not very helpful. Also, the documentation hasn’t been updated in years, and what documentation there is is sometimes quite cryptic, or not accurate enough to make informed judgements about behaviour of objects. I really began to resent having to open floating windows to view and edit values of objects. And the window system has been the cause of more than a few crashes on my system. Debugging is quite a trial as often order of precedence is not clear and it’s not good enough to assume that everything happens to sample-synchronous boundaries.

On the plus side i love that everything operates at sample level because why not, it saves having to think about block level control. And the way Bidule uses an file pool for audio samples is such a time-saver compared to MaxMSP/Pd and their useless hassle namespace buffers.

You took the words right out of my mouth😀 that would be my main criticism also - common data structures and iteration of them I’ve come up against numerous times, but I’ve usually found a workaround by rethinking it.

Aside from that though, there are a lot of things going for it like grouping groups into giant state machines for example. It’s baked into the app (for better or worse depending what you want to do). Wiring that kind of thing in Pd can become a massive overhead (but once you have , then you’re hitting that critical mass I’ve mentioned). Also throwing together plugins with your own creations, then mapping all the parameter modulations can be a joy and really inspirational.

I do occasionally yearn for more low level synthesis capabilities like a scripting env embedded.

Basically, they’re all good tools and we’re lucky bunnies to have them at our disposal

whaaaaat. you guys trying to attract some attention? from dick in the third post to mouth in the last. amazing.

So PD also provides a compact player engine library or will it be sampled then in the end?

The book is great because it tells you exactly how digital synthesis works and what to expect from the implementation. The examples are in PD, but it’s not required. If you read the manual to get an overview of the building blocks (arrays, bangs (triggers) and other kinds of messages, etc) and follow along with the book, you’ll learn how to do wavetable synthesis, FM, sampling, and how to build filters, sequencers, and so on which is practically all you need.

I thought most video tutorials were a little lacking. They get into the “do” without much of the “what, where, and why”, which I thought the official documentation did a good job of.

Puckette’s Theory and Technique of Electronic Music is indeed a very comprehensive overview of nearly all the major discoveries made concerning computer music (not electronic music per se, bit of a misnomer there as none of what he explains is concerning voltages). I learnt a lot from it, as also his course MUS 171 which is based on going through the chapters of his book with demonstrations and rambling expansions on what is happening. There are videos online somewhere with ironically awful sound quality. Great content though if you can still the punishment of the heavy ground loop hum.