“My five year old son has created six tracks with the software Renoise and I think they are better than my tracks. When he made his first track I was amazed but then he made 5 more and I thought ‘oh shit!’. When my mother would hear the track should would think it’s just noise. Put yesterday I played it for the people at Warp, and they said it remined them of this duo, SND”

Interview makes me want to learn a proper craft :: looks at roof ::

But, nice to know that a five year old can pick up Renoise, even if it means having RDJ at his side.

the other interviews say ‘music software from the pirate bay’

that’s not fair of the reporters if he said renoise.

does renoise have to pay the magazines for the word renoise to be used?

we pay them to keep it a secret

Here’s the Pitchfork one that mentions Renoise
http://pitchfork.com/features/cover-story/reader/aphex-twin/

Came here to report this.

It’s pretty hilarious. I’d like to know what that bandcamp is. This kid is going to be insta-famous among idm enthusiasts.

lol I just read it and came to report too. He’s got to be yanking our chains. I am skeptical that a five year old just goes and gets into renoise on his or her own without parental influence.

I believe is part true, part joke from mr RDJ. Is very good tadvert for Renoise, I think is a

from richard
In all his arsenal he surely has renoise, dont know who important it was on Syro… 5%, 40%, 0%…

lol I just read it and came to report too. He’s got to be yanking our chains. I am skeptical that a five year old just goes and gets into renoise on his or her own without parental influence.

Definitely have a hard time buying that, how many 5 year olds even know that Renoise is a thing…

Don’t doubt that the kid could use it though, kids do pick up computer stuff really well and the more abstract interface is also likely less of an obstacle to them than adults

Is Mr Twin having a little swipe at Venetian Snares here? Mabs

Is Mr Twin having a little swipe at Venetian Snares here? Mabs

I dont know, aaron is like a son for him :P, sorry aaron if youre reading, youre good in your own!!! jaja
Is a little harsh from richard, I want to believe that is a good advice for renoise. 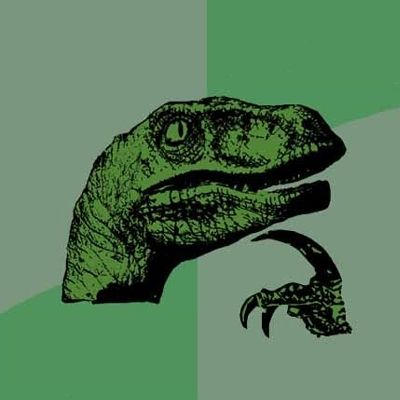 If Aphex’s son is allowed to use a cracked copy of Renoise, are Renoise-users allowed to dl the Syro leak made by daddy?

of course, is in flac in the pirate´s bay
But i will buy the fcking vinyl

I teach children computer stuff (any kind of creative tinkering on a computer that I can help them out with). Currently we’re using Renoise (among other things) if they want to start producing music, because it’s (1) the only decent music producing software out there which is at least somewhat functional in the free demo version (it’s volunteer work, we don’t have much budget) and (2) by now I know how to use it pretty well (though 1 was the reason I started learning Renoise in the first place, great decision in hindsight, with my demoscene background and love for low-level DSP tinkering, I might not even be making music today).

Anyway, if you don’t work with children (or have children yourself) it might be hard to estimate what kids of a certain age can and can’t do.

Let me say this, there’s no way a five year old kid can use Renoise on their own without supervision and constant (yes, constant) help. Not saying this story is entirely untrue (although AFX is well-known for making up ridiculous shit during interviews), but if it is, he’s had to have sat with his son during production 100% of the time. If it’s a 9-year old (mayyybe 7-8 if they’re super clever prodigies, I’ve seen them), you could cut that down to 75%. When they get older (again, depending on abilities and talent, but in general from 11-12 onwards, assuming they’re motivated) you can leave them alone most of the time, only prompted when they need something new, have a specific question (or I just feel they need a slight nudge in the right direction) (great exercise in practising restraint, for myself :P).

Renoise, in all its awesomeness, is really quite a pretty hard piece of software to learn for children. Now my kids have a slight disadvantage, being Dutch, and at that age they can hardly read English, but on the other hand, Renoise doesn’t have that much words in its interface, and the parts that are, are probably quite technical for native English kids as well. It’s just a very dense interface (which for me, also makes it so awesome).

But even if the kid is a genius child-prodigy who happens to have RDJ as a teacher.

Fact of the matter is, language or intelligence aside, 5-year old kids don’t even yet possess the motor-skills to use a mouse properly (at least in my experience: 6 or 7, and they need a lot of practice–then, half a year later they’re suddenly masters at it. But not a 5-year old, no way). Let alone a typing keyboard. This is one of the reasons why tablets are so brilliant. Even 3-year olds grok them immediately (I’ve heard a charming story about a 3-year old that loved playing with her parents’ tablet, at some point being given a glossy magazine, she tried to swipe it, got angry because this thing was obviously defective, hahaha! welcome to THE TWENTY FIRST CENTURY).

Now this makes me wonder though, if the story is at least partially true, it means RDJ has had to sit with his son producing music in Renoise all the way, explaining it to him and most importantly simply taking care of all the tiny details (simply navigating a filesystem to find instruments or samples is quite a challenge for most kids–especially if they’re used to tablets or other devices that tend to hide this nowadays). And that means our beloved AFX must be quite skilled in Renoise himself? Otherwise why would he recommend it to his son? IMO there’s music software out there that’s way more intuitive for young children than the hexadecimal Renoise, even Fruityloops. and unlike me, Aphex can afford, too–so it’s a weird choice even if AFX is an avid Renoise user himself. Kinda makes me doubt the whole story. If I had a 5yo kid, and money, I wanted to teach music, sorry but that’s just not what Renoise is good at. It’s best at geeking around over little details, which is what I love about it, a joy of which is something children don’t quite discover until they’re 12 or 13 (pay attention to the difference of stuff they build in Minecraft, for instance). After that though, some of them turn into true Hackers. Beautiful.

well in this interview aphex admits about pulling our noses the whole time about his kids or something:

In a new interview between Aphex Twin and blogger Dave Noyze, we get to – allegedly – hear the tracks that Aphex Twin’s six-year old son has been making.

As ever with Aphex, you never know how much is true and how much is myth-making, but he claims here (as he has in past interviews) that his son has “already made an album on Renoise and published it on Bandcamp.” “He was five when he did most of it and all”, Aphex claims, “and I never showed him a thing, he worked it all out himself, mind boggling.”

Aphex Twin, mad respect, has been doing this since Didgeridoo. When it comes to context he’s high concept. His most consistent concept has always been “the face” behind the music.

“Meanwhile Richard works in several studios, one in Cornwall, two Rephlex studios in London, and as Grant Claridge of Rephlex now claims, they now also have a secret underwater location: a cave which is only attainable by monorail. Richard’s Cornwall studio is where his valuable (and irreplaceable) self-made and modified equipment is, and there he makes the raw material for his new tracks.”

Aphex and his wife and his 5 year old driving tanks is plausible though, because he said it.

In a new interview between Aphex Twin and blogger Dave Noyze, we get to – allegedly – hear the tracks that Aphex Twin’s six-year old son has been making.

As ever with Aphex, you never know how much is true and how much is myth-making, but he claims here (as he has in past interviews) that his son has “already made an album on Renoise and published it on Bandcamp.” “He was five when he did most of it and all”, Aphex claims, “and I never showed him a thing, he worked it all out himself, mind boggling.”

Here’s quote from that interview with Dave Noyze that I was referring to:

Dave: Also been checking some of your interviews that have started coming out, really cracked me up, all your lies about having kids and wives !

Richard:Well you know you gotta play with the conventions ain’t ya, also though, I always kinda fantasised about what it would be like to have kids and get married etc, I know I probably will never do that, so I guess it’s nice to pretend that you’ve done it, my russian girlfriend was flattered when I started pretending we were married, a lot of people now think we are married which is funny and we just play a long with it most of the time, we had an imaginary wedding and have imaginary kids.

I’ve surprised myself quite how far I can take it, inventing personas etc.