Studio One does integrate Melodyne in a neat way thanks to ARA protocol support.
http://www.celemony.com/cms/index.php?id=ara#top

If Renoise would implement ARA, maybe it would be easier to synchronise a song with audio tracks in Reaper or any other DAW.
What do you think ?

By the same argument isn’t ReWire a suitable replacement for audio tracks?

By the same argument isn’t ReWire a suitable replacement for audio tracks?

Personnally, I don’t like Rewire because the slave does not appear anywhere on the host UI.
And I thought Rewire could not be licensed for any reason.

Ah ! that could be a problem for sure.

There is no ReWire for Linux either, though that part is covered by Jack.

There is no ReWire for Linux either, though that part is covered by Jack.

And there is no LADSPA for Windows (is there?) The point was, as a plugin architecture (reading the blurb more and it doesn’t seem it would really help with audio-tracks anyway, just using Melodyne integrated in Renoise, which in itself could be interesting) that is tied to certain operating systems it would never be suitable as a replacement to a native function. And the desired capability it was hoped to bring to fruition has already been partially achieved for people willing to use additional software through ReWire/ReaRoute/JACK.

Don’t take this as me saying I consider the idea of implementing ARA as pointless. In honesty I couldn’t say I know enough about it and although I would be worries about the limited scope (currently???) and not sure how much effort it would take to implement for added functionality it would provide. Luckily these aren’t calls for me to make though hey

Cool idea, Renoise & Melodyne should hook up and create the awesomest audio tracks handling ever seen in a DAW made by human peoples.

Cool idea, Renoise & Melodyne should hook up and create the awesomest audio tracks handling ever seen in a DAW made by human peoples.

I was thinking Renoise could be either an ARA master or slave. Renoise integrated into Reaper, yummy !

Problem is, of course, Renoise is only really fast because it calculates always just the current sample with about 20 of the surrounding samples… It’s definitely not a random access thing. You have to just bounce/render for that.
Can’t slaving Renoise to Reaper be done with regular ReWire??

Slightly on topic, but I would be happier if pitch shifting was being addressed by adding two new native devices: Pitch follower (meta device) and Pitch shifter (dsp device). However, the benefit of melodyne is that it also has stretching and formant shifting.

PS. It’s possible I haven’t understood the full use of ARA.

Impossible with the current state of Renoise. Forget it. 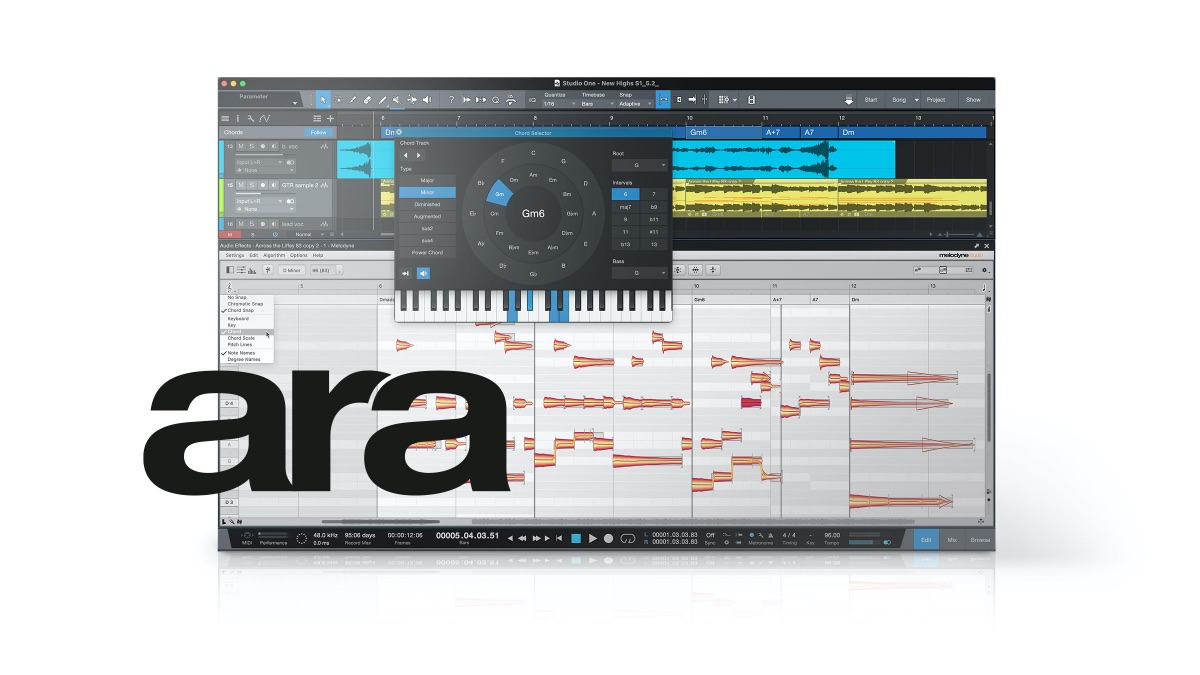 That is great news very generous of them.

Renoise doesn’t have any basic kind of sample-side-by-side-to-the-song support somehow, with stretch points or so. Since there is no such editor, ARA support does not seem to make any sense to me. The basics are missing.

But ARA seems to support note manipulation, too. So I yet cannot imagine what ARA actually is capable of.