using Dssi-vst i found some limitation of that vst-to-wine-to-ladspa chain cause most of wrapped plugins rejected by renoise cause of “Not realtime” mark.
1843 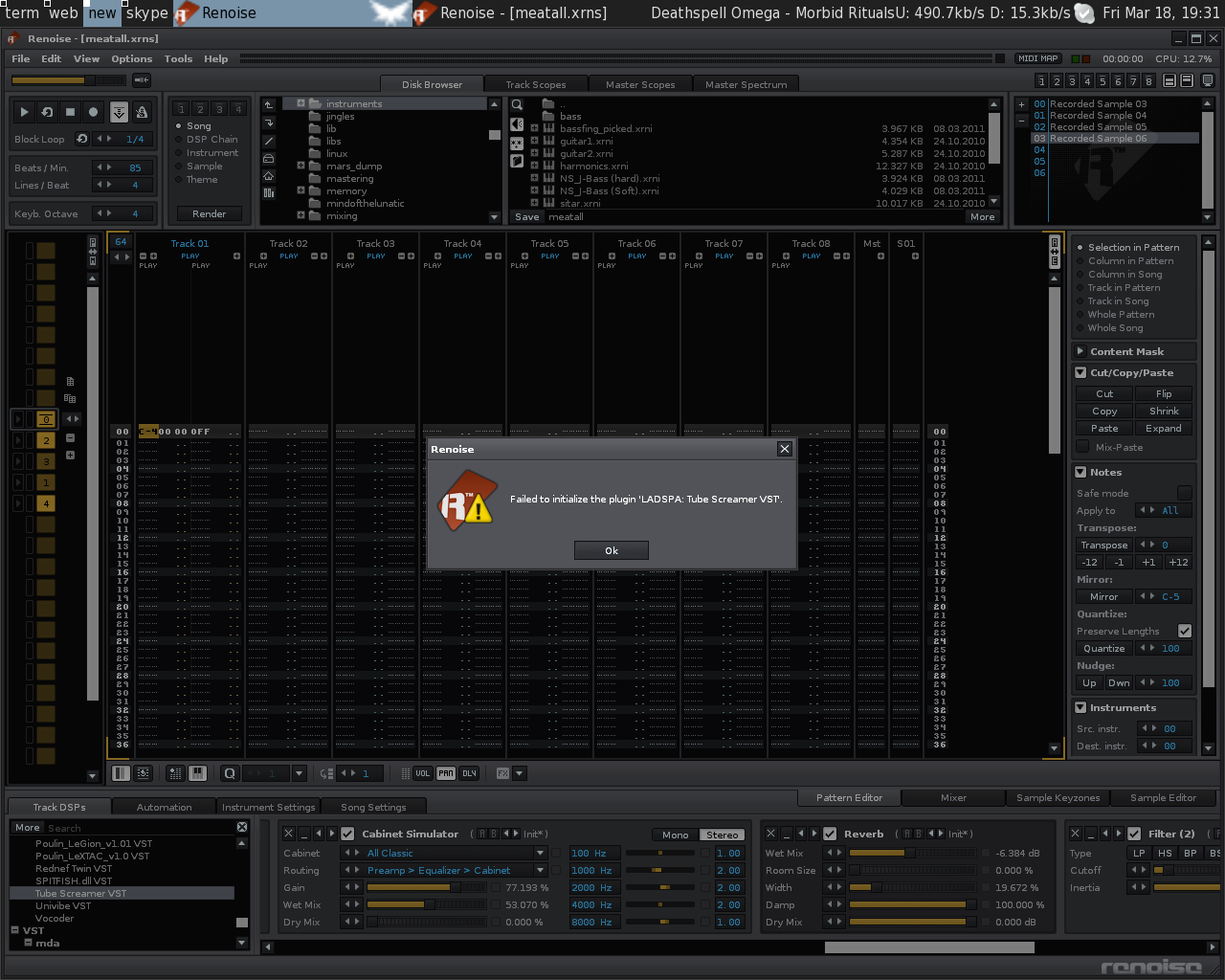 I think that caused by that long chain of transformation and i am not sure if anyone has the same problem.

but i think some mechanism of force-load false non-rt marked plugins, like asking “That plugin is not realtime, are you sure?”

it seem i post that to a wrong forum :<

ye, i should mention, that dssi-vst warped synths loads as smooth as it even could be

Most hosts provide this warning, instead of just refusing to load the plugin. Some ladspa plugins are marked not RT capable because when they were developed on crappy computers they just didn’t run very well, but they can run now on modern computers. In the end it’s just an arbitrary warning hint and may not mean anything at all.

This stuff forces all vst being RT. It seems nice solution since all vsts should be realtime.

This stuff forces all vst being RT. It seems nice solution since all vsts should be realtime.

dssi-vst is not port of any vst instrument

though i thoroughly read sources of dssi-vst and found NO mechanism of Realtime detection within it, but since vst are meant to be realtime forcing that option is not that bad (IMHO)