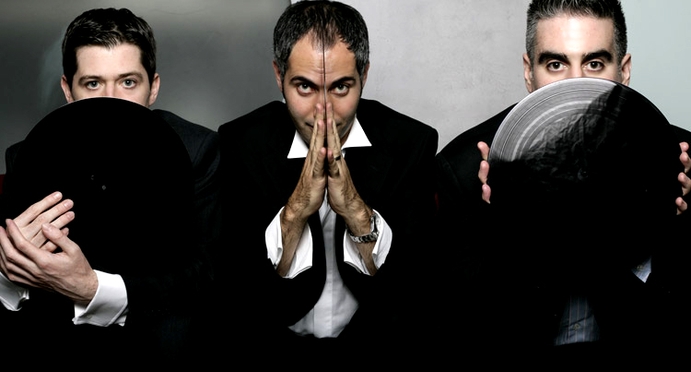 For each set of remixesBlu Mar Tenhas opened up a competition to the public to give an unknown producer the chance to be released alongside these great names.

Winners of the last competition in 2014,Conduct, saw themselves signed to theBlu Mar Ten Musiclabel with a full album release in 2016. Following the appearance of their 7th album in December 2016,Empire State, Blu Mar Ten are once again putting out the call for talent and inviting you to remix the track ‘Titans’ from the LP.

The winning remix will be professionally mastered atFinyl Tweekand released as a digital exclusive, (or possibly even on vinyl!), as part of theEmpire State remix projectalong with reworkings of other album tracks from some of the finest producers Drum & Bass has to offer. The winning remixer will also receive a set of much sought-afterBlu Mar Ten Music vinyl & CD releases.One runner-up will win a set of Blu Mar Ten Music vinyl & CD releases.

Once you’re happy with your remix head over towww.blumarten.com/remixand upload your track before 30th April 2017 at 23:59 GMT.

Full terms & conditions are at the bottom of this page. Please read these carefully before asking questions about the competition.

We spoke to Chris fromBlu Mar Tento find out what he’s looking for in competition entries:

Tell us more about the remix competition track… what did you have in mind when you made it?

“‘Titans’ was a real slow-burner of a tune. We started it in early 2013, failed to finish it in time for that years’ album, and carried on working on it right up until it got released on Empire State at the end of 2016. It went through a lot of iterations before it decided what it was, but it ended up being a kind of quotation of those cinematicSpeed-era style rollers like Adam F’sAromatherapy.”

What are you looking for in entries to the competition?

“We want people to take the idea and make it their own… to really stretch the track and do something different to it. We want to hear some character and invention, not just a version of the track that sounds kind of similar but not quite as good. People have got really moody in the past when we’ve picked a winner that’s not d&b. The winner of the 2010 remix comp was an acoustic piano piece and the winner of the 2012 comp was a bubbling house/breaks hybrid. We’ll pick whatever we think is best, regardless of genre.”

What advice do you have for anyone entering the competition regarding the direction they should go?

“As above, be inventive with it. The worst ones are where someone’s just taken the parts and strung them out in a slightly different order. Don’t do that! We don’t care what genre it is, just make it good and make everyone sit up and pay attention. The winning remix will appear alongside some of the best producers around right now so take the time to make it as good as you possibly can. You’ve got about five weeks…Don’t rush it!”

Thanks for the head up! Would love to enter this but no time nowadays :S