In 2018, I was hanging around a bunch of people who thought that underground hip-hop was the future, or the vehicle for social transformation that we should all get involved in. We were all outsiders to the scene, but I produced music as Dry Eyes and decided to give making a beat tape a shot. The results were awful (but you can hear them on Bandcamp)

However, when the idea came up to create an entirely new genre (called “Chicago Downtempo”) based on hip-hop, Bristol downtempo, with 303 squelches, an emphasis on cymbals and thundering beats and popping snares, and just innovating within that framework and making something new that was cool, I came up with this EP. Its some of the finest work I’ve done, I think, and I think it deserves a listen and a chance to gain fans and influence the world of music, which it really hasn’t. It’s my baby, you know?

Anyways, its a free download (But you can give something if you want!) Check it out!


nginx says 403 for me. Is this limited to some countries? 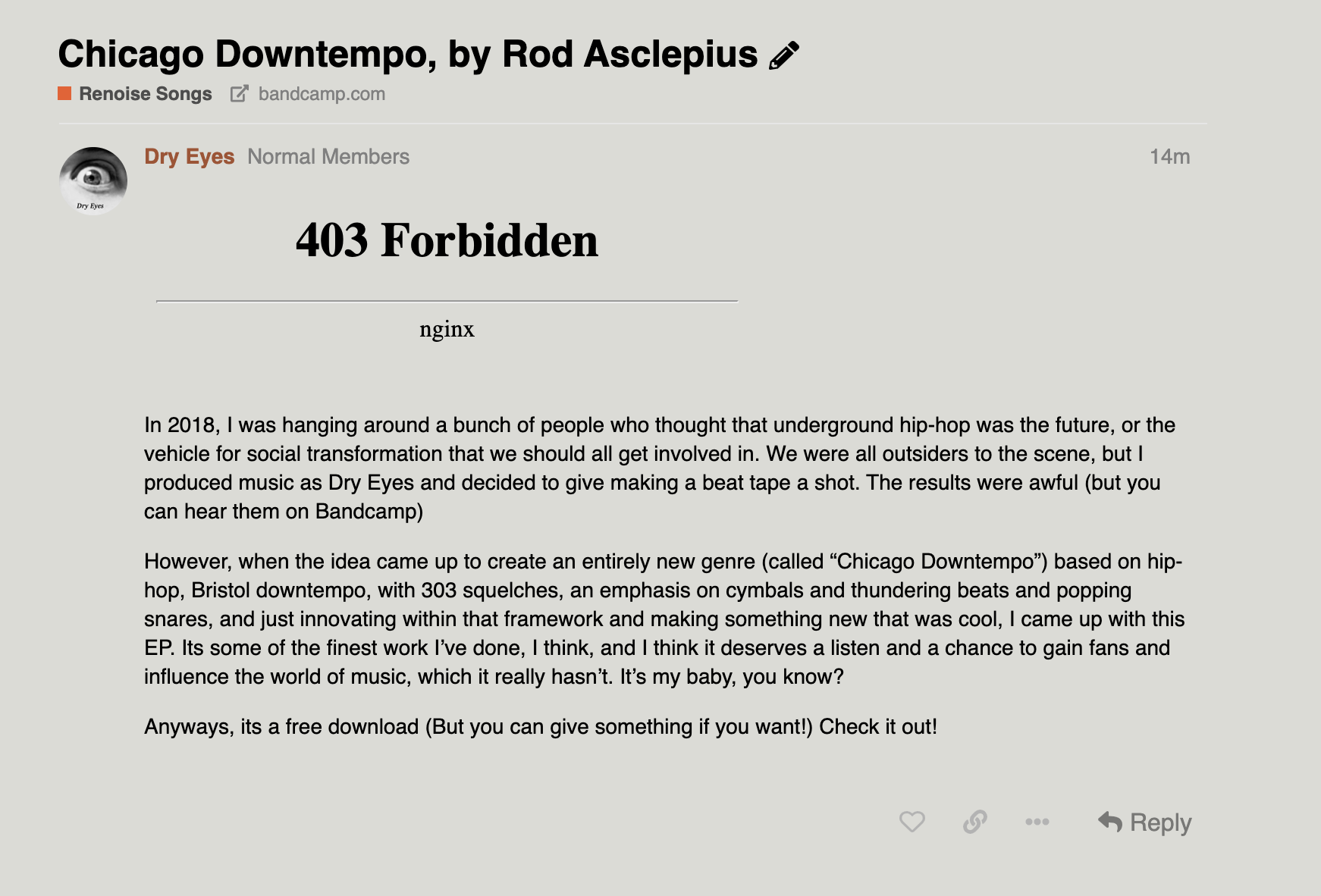 No, sorry, there must be a problem with Bandcamp. Very sorry…