Easier way of renaming instruments - why not just doubleclick!?

But could be such a slow double-clicking?

OK, understood.
But naming an instrument is quite a vital operation itself right? It’s one of the first things I do when creating a new instrument. Especially with many instruments it should be accessed easily. It now feels too much of a hassle imho, also when compared to similar functionality in Renoise and also outside Renoise (OS-wide or in other programs).

Maybe there could be an extra place for the instrument name in the instrument editor, as an editable field (click or double-click to name it)? That would also make things more clear.

Here’s a quick mockup, with the instrument field colored red in the editor: 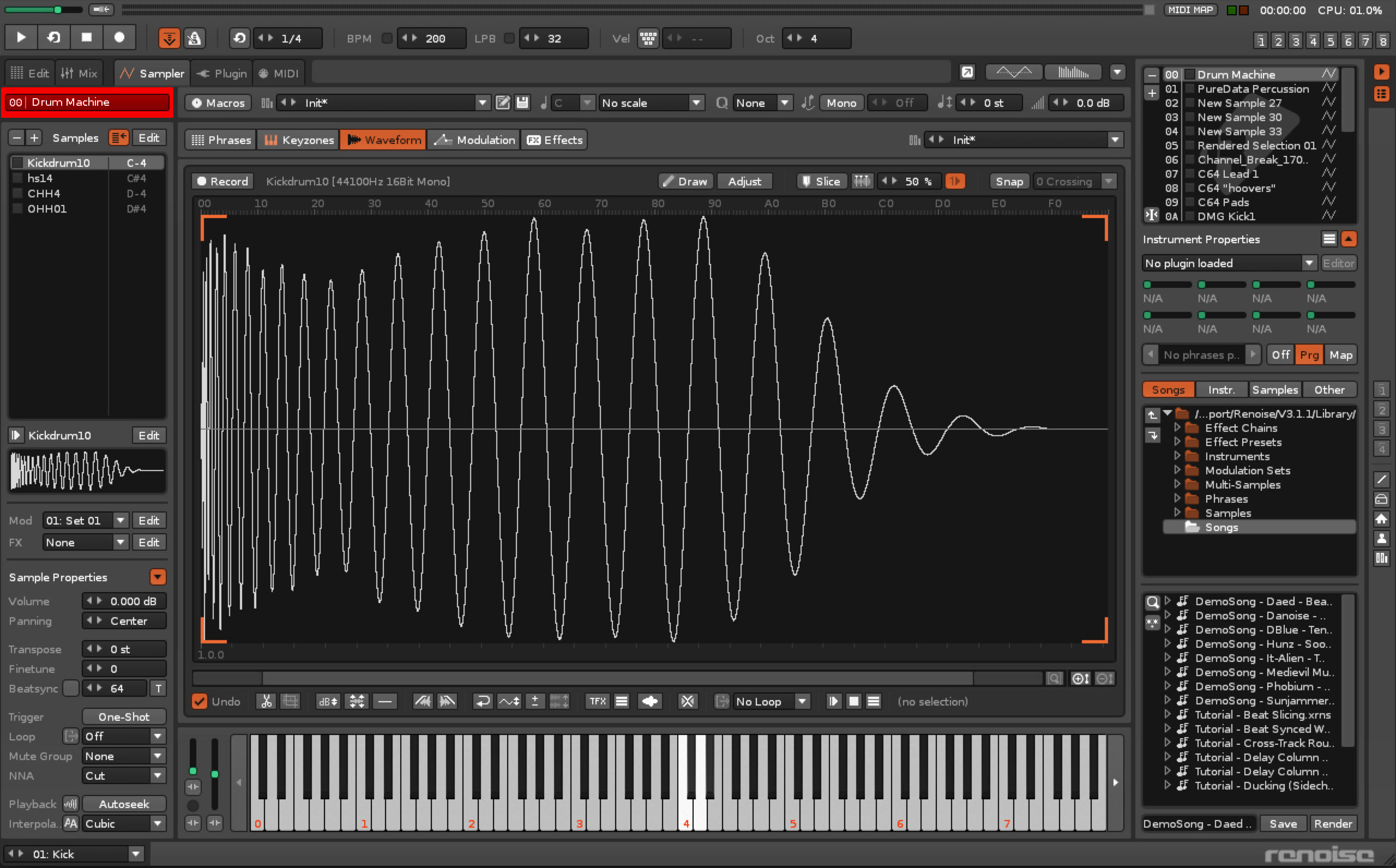 pressing two keys once for every rename action is too much of a hassle instead of performing a double-click with a pointing device?
and i always thought the big plus of renoise compared to any other DAW is that you can stay away from the damn mouse for most of the time.

I think it is more about that the brain doesn’t like special cases, if the OS renaming works with a slow double-click, it is convenient if it works the same in Renoise. But ok, writing so many words for such a little thing already is a waste of lifetime

Also, what ffx notes is also true - one expect to see a logic in the UI that works throughout the program. If double-clicking on the track to rename it works like, i’d expect to do it the same with for example an instrument.

but now I first have to grab that mouse to focus on the instrument box, only then I can use the cmd+R

If you use alt/option-tab to focus the instruments list, you don’t have to grab the mouse at all.

when being in pattern editor, default keys:

(“Numpad,” is unused by default)

no mouse used + takes less than a sec to start the rename.

Thanks! That works quite OK.

Good one. I’m gonna add a custom key with the numpad, to make it working globally.
Thanks for the effort!