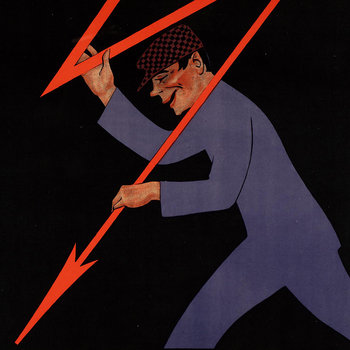 I’ve put up an ep on my bandcamp page from which most tracks were started during daily commuting between my house and school a few years ago. A pattern loop here, 4 patterns there, multiple ideas and try-outs left to marinate on my laptop harddisk for use in more inspired times.

Last year my mate Yann (waveshaper.12r.org) has been sending me samples of his analoque drumkits to create demo’s for him. The perfect excuse to dig up some of these old ideas and bring in some fresh sounds / finish them off.

hey, excellent quality track, indeed the drumkit’s very original ; you’ve got a unique sense of precise drum micro-edition with lots of breaks & energy, that might look confusing at first, but when listened carefully, this track reveals a solid and clever construction
so, it could sound abit strange,
but it’s a very interesting job -
as usual

Most of the material for this EP was constructed by Jonas The Plugexpert during train rides between The Hague and Nijmegen. Small sketches to kill time and clear the head after the more ‘serious’ composing at the Royal Conservatory. Now that he’s done studying in The Hague, Jonas found the time to rework his many sketches and include some new influences in the process. A small selection of the resulting tracks found its way onto the Den Haag - Nijmegen EP.

Do also check out the self released Electra EP by Jonas The Plugexpert: plugexpert.bandcamp.com/album/electra-ep. Similar to the Den Haag – Nijmegen EP, most of the tracks on that release were started during daily commuting.

Thank you for these two awesome releases! Very enjoyable sounds as always

I love all your stuff. I particularly like the album art featured in the opening post. It caught my attention when I saw this drop on sound cloud. Always look forward to more releases from you.