Anyone have a piece of gear that retails for $1200 or less that they just really love?

Portable is a plus, but not a deal breaker.

Itching to have something physical to tweak in addition to my in the box setup.

depends what you are after? hmm
synth-wise i cannot recommend anything since i’ve never owned hardware synths

Polyend Tracker is my current favourite, combining the tracker interface with a hardware unit. Great for some experimental sample-mangling ambient whatever, and other styles too. Not as feature rich as something like Renoise but working with its limits feels inspiring. Easy to sample into it, supports resampling internally and you can sample from a built-in FM radio too.

Doesn’t come with an internal battery but with its light 5V 1A power consumption means that it works well with any decent powerbank. Build quality feels really solid too. Retails at about 599$.

There’s a lot of ground here!
For me Its my ukulele!

My current acoustic guitar cost a shade more than $1200 but it sounds great.

Of the electronics I have, seem to make the most use of the $150 Kog Volca FM. I have Behringer Neutron I also like but need to get to know better (not that I don’t mind making semi-random bleep-bloops sounds).

I also use an MPK Mini mkII almost all the time. Whereas I also have an older Novation Launchpad and an Akai MPD226 that never seem to make it out the storage box.

Recently I’ve making an effort to set up my hardware such that it is easily accessible as I tend to end up using whatever is within arm’s reach. (Aiding that is a Kenton MIDI splitter and a Blokas MIDIHub, the latter is programmable though I’ve not really gotten into it.)

I think tends to happen is I get used to working with a small subset of stuff, and then that becomes reinforcing; new songs are shaped by what I’ve done previously, so I again stick to the subset of available tools.

I love my Bastl Dude and Microgranny. and a zoom 70cdr as an fx loop. using this DigDug DIY midi sequencer to control the granny. hours of fun. 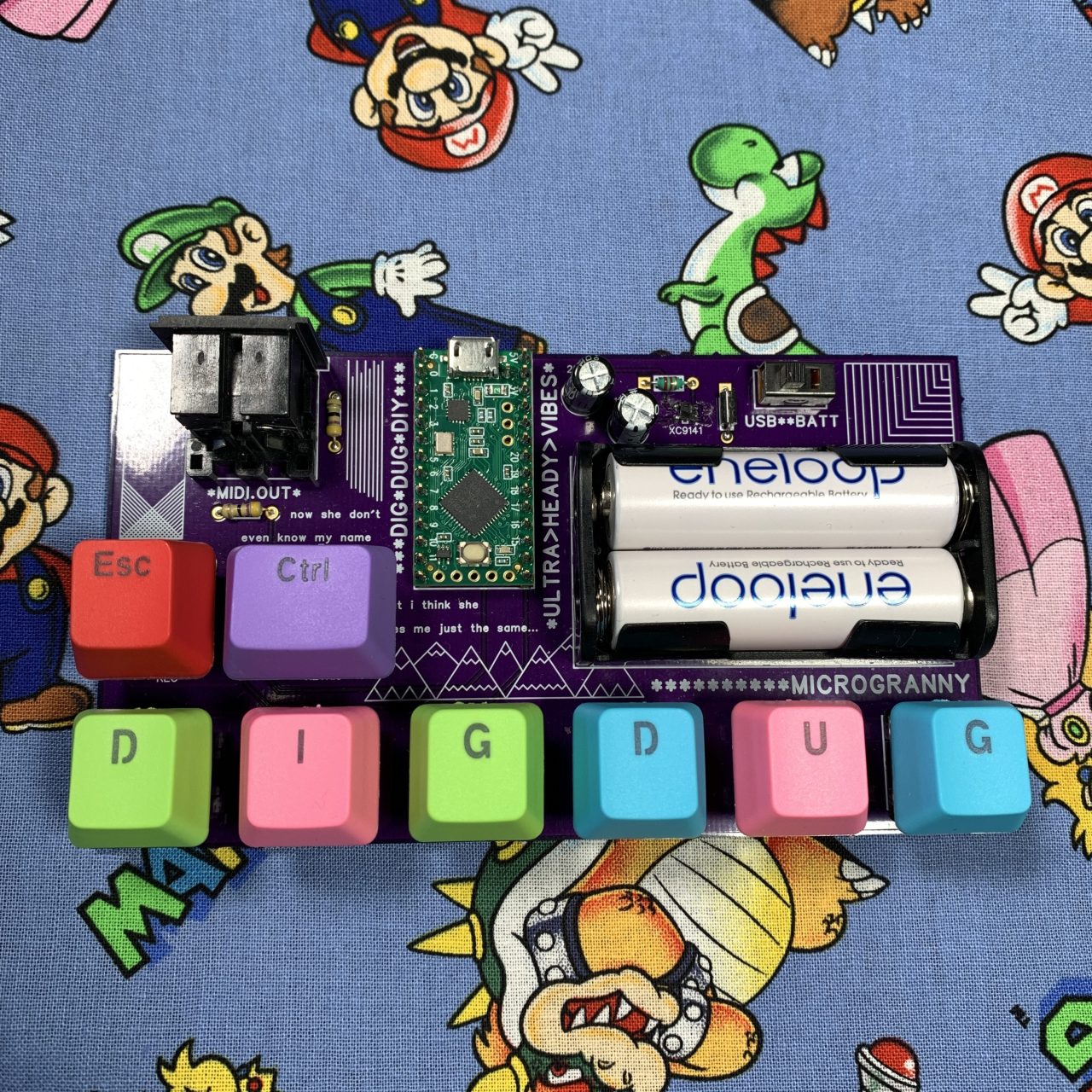 This is on my next to buy. probably ditch my Model:samples for it. I am still keeping my eye out for the NerdSeq portable as well. but that screen on the Polyend.

Right now one of the coolest things I’ve got for less then $1200 is an Elektron Digitakt… but… as nice as their customer service team is, they readily admit, “overbridge hasn’t been extensively tested in Renoise.” There are some dropout issues, and some other issues…

That being said, nothing beats the Digitakt’s ability to help in creating, “an absolutely slamming drum sound.” If you are patient as I, and are willing to work through the issues with overbridge…

You can program/build your own groovebox or similar with the Axoloti
Costs less than $100.
I use it together with an Arturia Drumbrute Impact, that’s my favorite setup recently.

But here is my want-list as for ready-made gear:

thanks for sharing your gear. Lot of good stuff in here.

It would have to be my Fender acoustic guitar. I’ve written so many songs on it and it’s always nice to just have it out to strum on while watching a movie or something. I don’t think it cost more than 200 dollars new.

I don’t have much hardware anymore but two things I miss are my DSI desktop Evolver and my Korg Electribe EMX. Those were both a lot of fun to use and I wish I still had them around.

I guess if a computer counts then my laptop would have to be on my favorites as well.