I’v just found a brand new VST/AU plugin from AMAZONA.de, a german music mag. It was released just before the “Musikmesse 2011”.
It’s called “Tyrell Nexus 6” and is completely free: 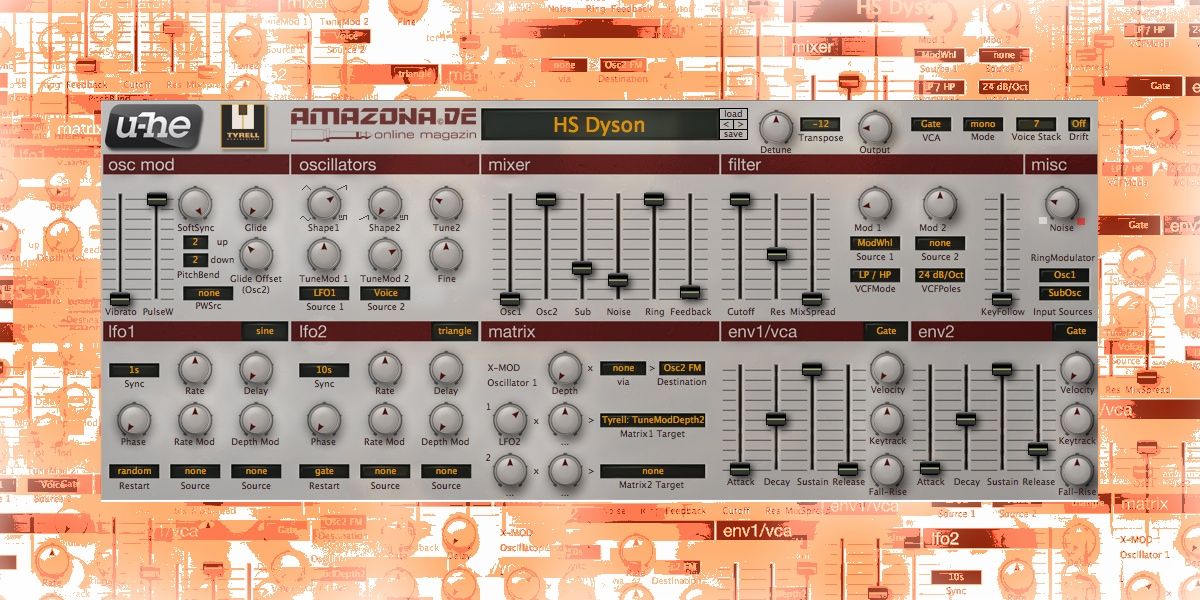 Insanely heavy on the CPU usage, but really nice sound

Insanely heavy on the CPU usage, but really nice sound

Plugin grabber is awesome, but I’m afraid it simply cannot even begin to replicate the dynamic nature of a plugin when you are modulating a lot of parameters and really tweaking it. So in those cases I usually capture entire phrases with render-to-sample instead, but even that bothers me a bit because I don’t like being locked into a particular recording of something. If I make a lot of edits and then suddenly want to change the sound, well then I have to re-render and re-edit the whole damn thing.

Overall I like working in realtime whenever possible, but this synth really is a lot heavier than most plugins I use. Sometimes it’s using 60-70% of my CPU just to play one note, for example. Eeek! Still… really lovely sound

a minor thing i didn’t like: it seems to insist on the programs directory location for its GUI stuff etc. – or did i miss something (winXP)? nevertheless, it’s free and damn good.

It has potential, but the factory presets don’t really impress me that much so far.
I have the idea you can create kick-ass fat bass sounds with it and some bonecrushing leads.

On which presets you’ve got the high load?
I’ve tried some presets and the max was 31% until now. I’m on further testing…

/EDIT:
BTW: I want to create some D’n’B tracks. Someone knows a good plugin, which makes some deep woofing basses? Is this one here a good choice?
Sorry for this questions in this thread. I’m new to making music on Mac but not making music at all

Well, anyway, I don’t want to complain a lot about it, I’m just giving some numbers.

Well, anyway, I don’t want to complain a lot about it, I’m just giving some numbers.

nice synth, probably really a bit CPU heavy but still very nice for being a freebe.
as i’m such a sucker for benchmarks, here come the numbers:

Great synth…up to 38% CPU for me on my work computer. Will try it out on the Mac when I get home

Thanks for the heads up!