How did you meet Renoise?

My process was a very winding road full of many digressions and dead ends. However, I’ve tried to understand sound synthesis itself, and then try to emulate what they’re talking about using Renoise’s Sampler as a built-it-yourself modular synth.

This guide was very helpful, and also comes with its own “further reading” list:

Lately I’ve discovered this excellent YouTube channel called “In the Mix” where the guy has very nice tutorials about key concepts in synthesis and recording: 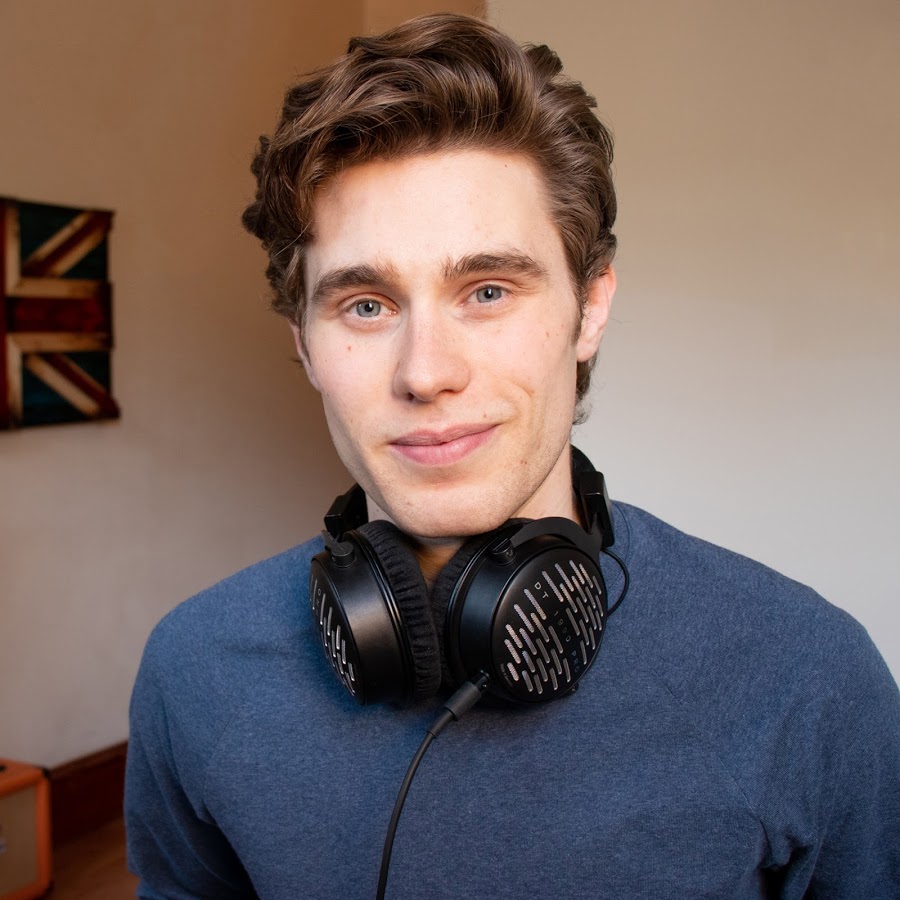 In The Mix is all about simplifying the recording, production, mixing and mastering process and helping you unlock your creativity. No matter which DAW you use or what equipment you have, I'm determined to help you succeed. I try to share as much as...


Here’s his series on Sound Design and Synthesis:


I’d just advise you to go back and forth between these resources and deeply dig in to the Renoise Manual and forums to translate those concepts back to the Renoise environment.

Finally, I might advise you to explore good comprehensive synth plugins that you can use within Renoise to do some of the things that are difficult or impossible in Renoise. I have recently fallen in love with the freemium Vital Synth that can help you dial up modern sounds easily. 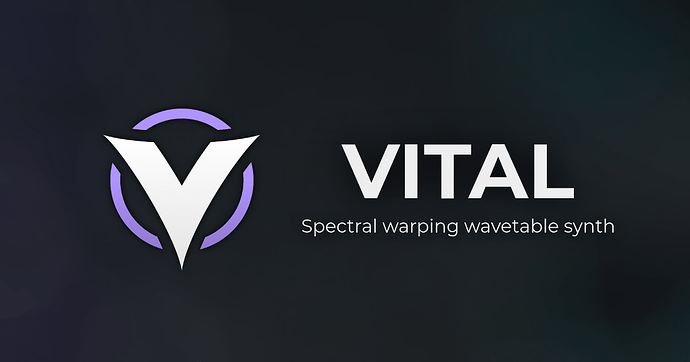 Both Venetian Snares and Mitch Murder use it, made me curious.

I think when I switched from windows to Linux around 12 years ago (or maybe a lot later as I 1st bought version 2.8 [ prob after demoing for a long time ] ) and at that time LMMS and a few other native DAWs were in their alpha stage and dindn’t quite do what I wanted them to do.

I was daunted at 1st trying to understand what a tracker actually was tbh, but I think I noticed the clean interface of Renoise on my interweb searches to free me from my peril of things not working.

I don’t use Renoise or Redux that often, but when I do I really enjoy that.

I do remember making a full track in one day in Renoise , the day I paid for it and it sounded great to me… should maybe get back on that wagon guys.

…anyway I always lurk on the forum and look forward to the next big release, but for now it’s all the other DAWs i.e Reaper, Waveform, FL_Studio ( throught wine on Linux ) etc

Thanks for the info, much appreciated!

I was chatting with a friend at work about production (I was just starting to get into it) and I was probably gushing about how much fun I was having with Reason 3. Knowing him (but forgetting actual specifics) he turned to me with a glint in his eye and said he only used Renoise, mostly made breakcore, and asked if I’d like to hear some of his music. I said yes, we went to his car and I got my first taste of the genre (and knowingly of Renoise).

My interest was piqued. I tried the demo. I bought Renoise.

It really appealed to my sensibilities and spoke to my early infatuation with Amiga and development in general. I’d actually had a coverdisk version of Octamed many years ago but couldn’t figure it out (I was 10 years old, I think). So now I’m making up for lost time.

I met Renoise in a cozy café in Paris, it was a beautiful summer evening, and Renoise just walked in when I clumsily ate a croissant and spread crumbs all over my shirt. Our gaze met just in the moment after I realized I look like an idiot, but the comforting smile in Renoise’s eyes made me forget the world around me…

Just kidding. I honestly can’t remember how I came to learn about renoise, but it sure was a great thing to happen!

My first meeting with Renoise was in 2002. I got a phone call from Xerxes, “Hey! Download Renoise”. And I did.

I was always looking for new timbres, and Renoise became a perfect environment for this at one point (I bought it in 2015, as i remember). Then I immediately been hooked up to its solid sexy stable environment, I switched to it from Ableton Live (also Cubase, FL Studio, Reason and some other DAWs) because of confidence in live performance flow. I use Reaper now for recording, mixing and mastering, I use Renoise for live as a host for my synths now.

Oh, and Renoise has the sexiest UI among DAWs. I feel like in a cyber future game, like from early 90s, Shadowrun or something like that. That adds to my modern musician’s confidence and music production skills.

I also like just to turn it on and look at notes numbers running sometimes. Its like a meditation, I feel good then. So i even recommend it for self healing therapy. Especially now in a lockdown, when you cant meet your psychologist (if you have one, i dont have).

Also as Renoise is so stable in live performance setup, i have no headache anymore. So i dont use anti-headache medicaments anymore. You can save some money on medicaments.

So this is how i met Renoise, i love it. If someone from the future generations read my post, and you already able to marry software/machines legally, then i can recommend Renoise as a life partner as well.

I wanted to get into making music on my computer after being in punk/metal bands as a high schooler. I tried out FL Studio and Reaper but could just not fully wrap my head around them. I had no idea what a tracker was. I don’t remember exactly how I stumbled upon Renoise, but I instantly loved how different it was from the other DAWs I had tried. I still consider myself a total noob at it, but I enjoy working in it and can’t see myself attempting to create in any other DAW.

“are you saying that they are making a fresh and modern tracker just like back in the good old days? What did you say, it’s got a sampler, effects and VST support? Holy shit, i just orgazmalized.”

I was looking, some 7 years ago, for something that works on Linux, and is working, from a general user perspective - i.e. just works, without any hackering.

And has neat, simple user interface.

I think I needed something for live-pa - to play samples with some efx.

It was a joy to read this thread.
Thanks flies out to topic starter.

As for me, i was introduced into Impulse Tracker 2.x somewhere around 1995.
Random guy at my countryside showed me IT and said about “cool music player”.
After some not so long research capability of music cooking was “discovered”.
It was a very pleasant surprise.

I was blown away by software potential and get tracker addiction from that point.

Tried almost every PC tracker on the planet.
Even had a tracker database on g blogspot, but was permanently banned on their platform.

I think that Renoise is the best tracker in the whole universe and surpass abilities of mainstream music creation software by a great margin. Performance/ergonomics wise, really advanced sound control, many ways to do one thing. Software for a creative and thinking person, for sure. I even suspect that aliens help developers in some aspects of software.

Nice to see that devs supporting such an old granny like Windows 7.

I’m fresh here.
I’m normally a hardware guy, had different kind of groove boxes. I then got a polyend tracker, and what should I say, I liked that approach, so I searched for an daw that does it that way.

I outright bought the full version, after watching a few videos about it.
I do not regret, it’s worth every penny! I love it!

I held on to the Amiga until 2003, I did everything I could to expand it to be able to continue using it. Bought 68060 turbo card and Melody Pro 16bit audio board. But in the end it just wasn’t enough, times had changed. So after some research I found out that Renoise was the alternative that was closest to the software I was already used to, Pro Tracker and Digi Booster Pro. And so Renoise saved my carriere. Sequencing-wise, I know nothing other than trackers.

When looking for the best DAW that I should buy to start my music production journey, Renoise was mentioned in an article, with the selling point being that it was less than $100 USD for the full version. I downloaded the demo, couldn’t figure out how to load an instrument or input notes, uninstalled it, and ended up using Ableton

1.5 years later, I switched to FL Studio after hearing Savant’s praises for the program.

1 year after that, I switched to Renoise after hearing Lindsay Lowend’s Wind Fish EP.

I’ve forgotten about this almost. Was it an article on maz-sound.com? Was it a recommendation of a friend? Demented are go.
But after Impulse Tracker was offline, there weren’t too many budget alternatives.

Started tracking back in the DOS days with Adlib, FT2 and the like. Early versions of eMagic Logic converted me to DAW style production, which does have certain advantages, but Apple killed it for PC so I ended up exploring again. Settled on Bitwig but checked in on modern trackers while I was exploring. Renoise kept popping up on Wikipedia, YouTube, etc. Trying the demo, it was easy to see why, it’s an excellent modern tracker. For the price, full purchase was an easy decision; great value, no regrets, and the keyboard workflow complements Bitwig’s mouse-driven sound design quite well.

I just wanted to thank the crew and community for supporting Renoise, and keeping the tracking concept going forward. I learned about tracking around 1997 with FastTracker 2. It totally changed my world. So much fun sampling and playing with audio. Maybe 2004 i found about Renoise and was so happy about the quality and compatibility with my “old” mods. This paved the way for continued sampling and tracking. Renoise is an excellent platform for experimentation, and also for updating/remastering MOD/XM demos to preserve the ideas for the future. Thank you so much!

Discovered only last year via FearofDark. Wish I had of known about it sooner D:

think I started in on renoise in 2014…
coming from many years of using reason, from versions 2.5 through…9?
in any case have barely given reason a backwards glance since making the transition. First came into contact w trackers in the late 90s, but was using hardward back then… I love how renoise reminds me of the old school step sequencers from those days. I appreciate the more abstract, informationally condensed, and conceptual approach to event sequencing that the tracker format affords. Not to mention the time efficiency and keyboard driven workflow.