OK, I drew a click sample, 10 samples long, into the sample editor. I then sliced the sample into two pieces. Sample and Sample Slice 1, shown here: 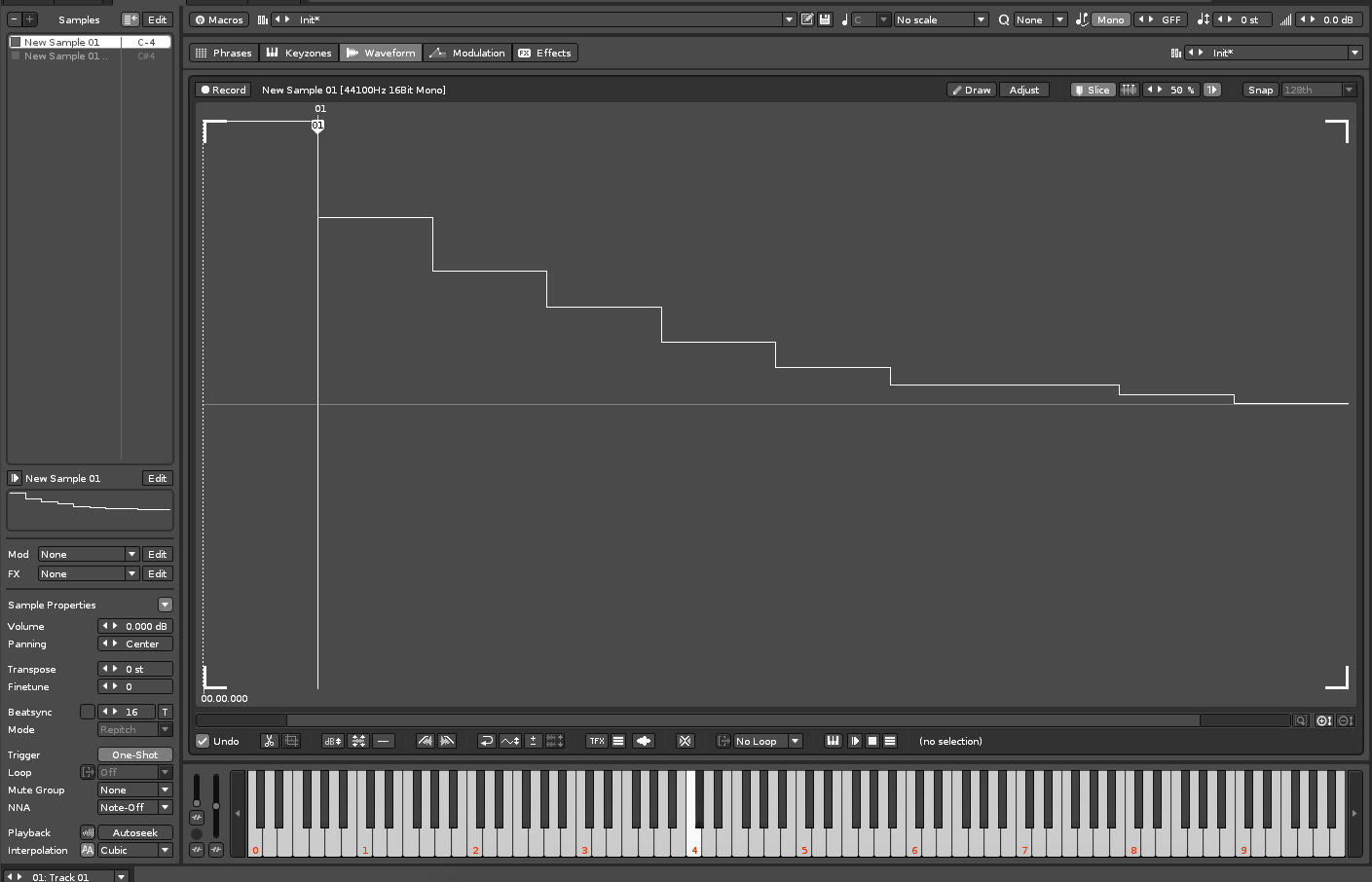 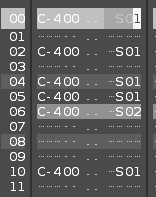 The sample plays back fine, the second slice is also working fine in a normal fashion.

What I do not know is how to make the second slice become time-stretched. Rather, enable the timestretch function AND get an audible difference.

What I did find out with a different sample is that the sampling portion that gets timestretched might need to be a certain sample length. 9 samples long is not long enough.

The only way I figured out how to do this was use a longer sample, such as a full-length hi-hat sample, and then duplicate it. Then set the two samples up as a drumset, and THEN apply the timestretch to the second sample only. It will stretch, and it will cut off when the non-stretched sample gets selected again in the pattern, kinda like a hi-hat cutoff.

I was hoping, initially, to be able to trigger the timestretch via the pattern itself, y’know, putting in a command in the sequencer to trigger “beat sync” on and off. No go. Unless I’m mistaken, this timestretch effect really is more for those making tracks with sample loops, versus single notes.

Is there some way to perhaps be able to do this via the sequencer, so I would be able to trigger a timestretch effect on a single sample (like a hi-hat or a bass drum or a note), or a short length of samples?

So is there a way to trigger timestretch from the pattern sequencer?

Like an on/off pattern command? Not that I know of, but that would be great. Right now you`ll have to create an alternate, duplicate instrument version which is timestretched. So you can switch between instruments in the pattern editor. On the few samples timestretching, not that I think this will sound great, but you can add silence to the short snippet until the sample is long enough to be stretched.