What do you think , an ignore option for the pattern
So it will jump straight from the preceding pattern to the pattern after the ignored one 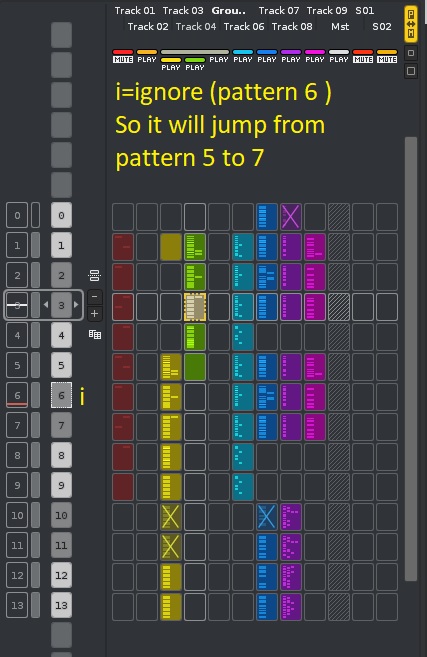 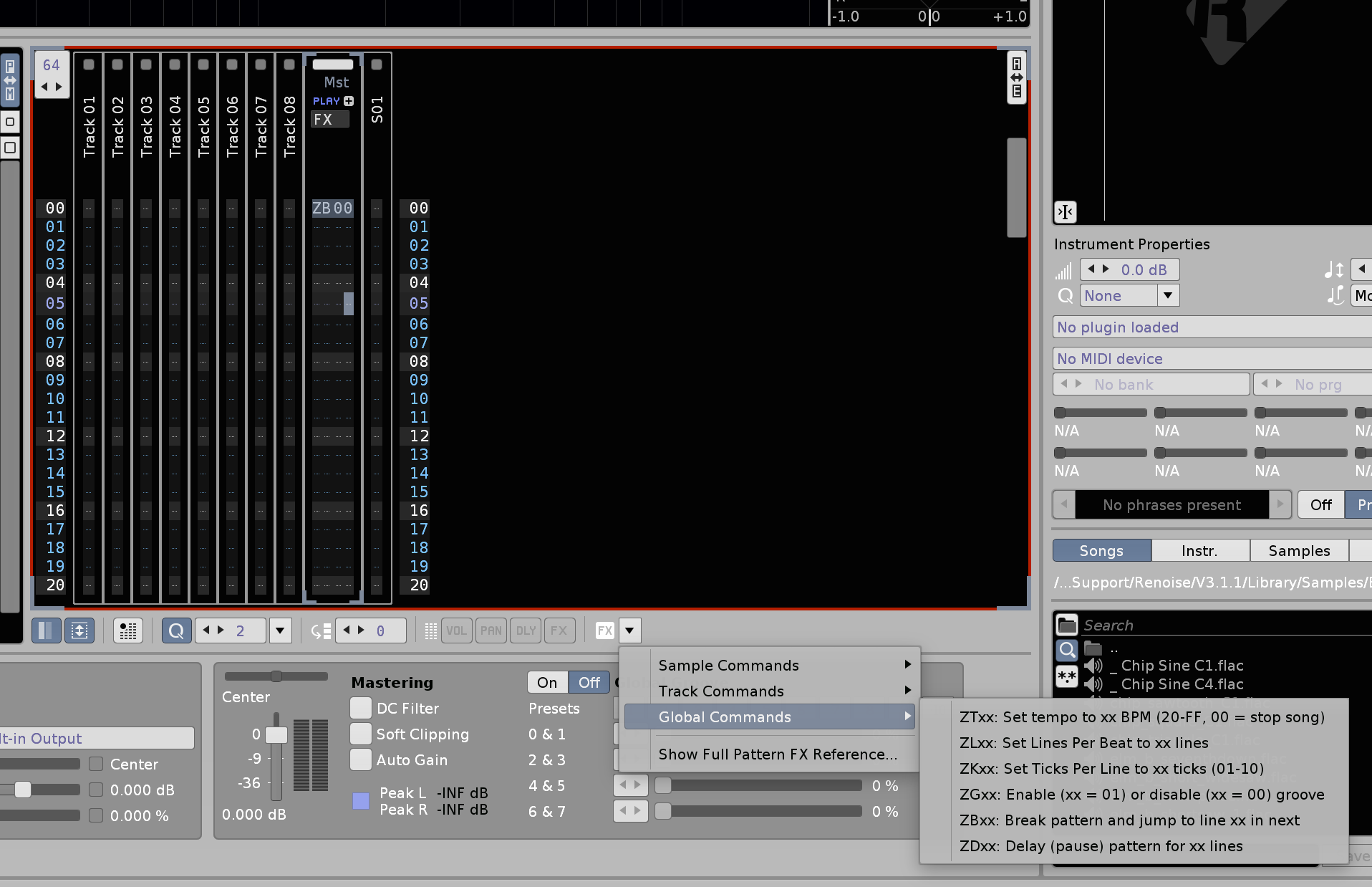 You can do that already with the Break Pattern command but an Ignore command might be function better depending on how it would be setup to work. Or do you mean having an “i” ignore command that can be applied within the pattern matrix?

But placing several zb00 at the beginning mulitple patterns ( to jump over them ) is not instantaneous , it will always trigger the first line
Yes , I meant an ignore command in pattern matrix

This option should be for general playback. In this way it is not necessary to select all the patterns that you want to reproduce with the box on the left in the sequence.

However, it is probably better to add [ALT + Click] to be able to uncheck the left box.

If you put a general section above the sequence, you can select all the patterns to play (all the boxes will be checked). The problem is in unchecking only one random box. Is this already possible?

I think that basically improving the commands with the mouse is enough to have this option with the boxes on the left… Apparently Renoise isn’t ready to skip an entire pattern at random.