Been playing a lot with Renoise lately, and the new version is mindblowingly awesome - thanks a million devs! I am sure somebody suggested this before - but it would be cool to have the samplebrowser split in half, so that you can see the folder in the upper window, and the contents of that folder in the window below. Excellent for browsing samples faster since you dont have to jump in/out so much. This should probably be an option, and not default. Actually only thing I can come up with that Renoise is missing hehehe… says a lot

Perhaps not as obvious as it could be, but just grab the divider and drag it into position :] 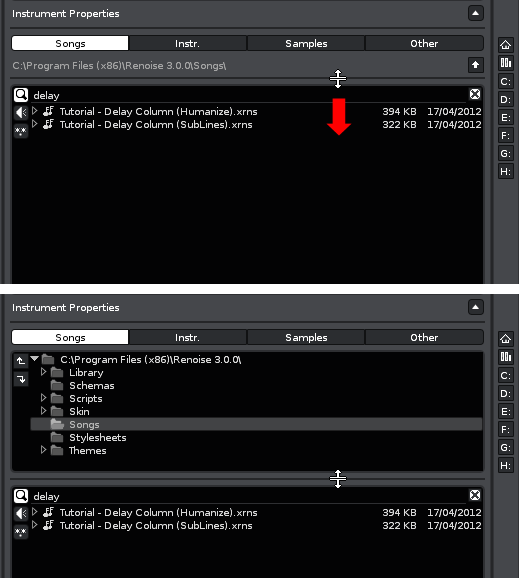 Ah, why is this hidden, btw?

I think it’s better to show it by default.

(Since I should describe such notifications in the japanese manual. If it has somewhat meaning, I don’t mind though.

Perhaps not as obvious as it could be, but just grab the divider and drag it into position :]