not really an album per se, as most of the tracks had been released beforehand, yet there still are some that were unreleased so far.
too bad i’m even worse at photoshop than i am with renoise - so nevermind the cover art 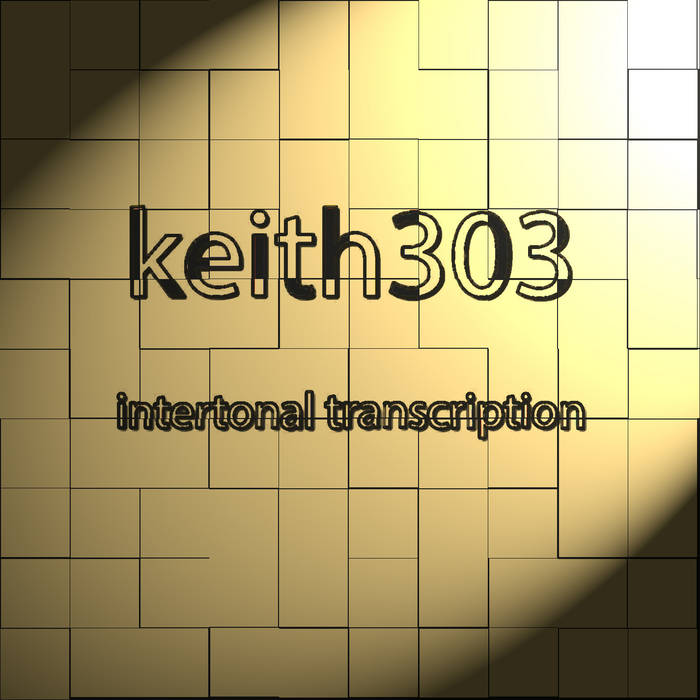 Oh junk! I’m gonna have to fire up my Spotify ripper so I can have high quality files of this

Congrats on finishing an album and putting it on Spotify! Can’t wait to listen

it’s on google music/google play as well. i’m checking it out now.

I’d have disagree here, for me personally, the biggest draw to keith303’s music are his melodies, and the way he can combine that with an energy that would get people going. But each to their own i suppose.

Now for an album of completely new material?

Looks like it’s also on Rdio, which is the service I use.

Congratulations on this release and thanks for making this gem available on bandcamp as well! My keith303 playlist just grew by a few more FLACs!

so by this occasion i got to know you as a renoiser as well.

thank you so much for your ongoing support !

the thing about this album is that i wanted a collection of my tunes to be available on stores like those linked above - and for that purpose it was the most convenient way to label them as an “album”.

the next one’s content will be all fresh & virgin tho

great to see that most of you seemed to like what i came up with !

- thanks for listening and dropping a few lines -

I’m gonna just lay back and relax with the Sennheisers on and listen to 1 hour and 21 minutes of some truly fine electronic music, soak it up with my mind, and enjoy the journey.

Keith, you know that I like all your tracks. But most of all “no mellow” which you hate

Listening on Spotify now, gotta say this is really great stuff Keith!
I haven’t heard so many of these tracks before actually, but so far it’s all very pleasant to my ears, and to me it feels like there is a definitive red line here, even though it’s kind of a compilation album as you say. To me a good album should have the kind of variation that you have here, I find that much more interesting than “concept” albums where every track sounds similiar. So this is without doubt an album I will listen to more than just once.
Keep up the good work!

I haven’t heard so many of these tracks before actually

So this compilation actually succeeded in its intention here

Thanks for your feedback!

Nice work keith303! Will listen to this album properly tomorrow at work with proper monitors but so far I’m liking it.

(Mind you, they are all very clever

Too late but so nice to meet your first album. And I have used Free Spotify Downloader for Mac to download your album from Spotify as MP3 and now I’m listening to this wonderful album on my MP3 player.
Good job. Hope to meet your new albums in the future.