I am not a Renoise expert, but I am better than I used to be.

Even though I had some experience with trackers (ModEdit), I had been using the linear DAW technology for so long that Renoise seemed foreign. Based on what I saw in the tutorial videos, I knew Renoise could allow me to do some things in the sonic realm that I wanted to do but had been unable to obtain using other tools (an argument could be made that this was due to my complete lack of talent). So, I kept at it. I worked along Duncan’s vids a few times. I asked a few questions (which were graciously answered by members of this community). And I kept working with it. The perseverance paid off, as I am working comfortably in Renoise.

If you are new to this program and maybe struggling a bit, I would say keep at it because the rewards are attainable and well worth the effort.

Anything decent requires work. And the payoffs come in unexpected ways. Watch out!

I have reached the point that I can make brutal synth noises with Renoise. Stuff was so harsh the neighbor’s cat took up smoking.

I remember being so intimidated by Renoise, and thinking I’d never be able to figure it out. Now it makes so much sense to me and I couldn’t imagine making sample-based music any other way.

The learning curve probably depends on the way you are used to work. I never had any learning problems with Renoise, probably because I’ve worked with trackers in the golden age of Amiga.

I tried to use expensive DAWs to make things “seriously” this time. I do somehow get along with piano roll, but I hated the usability in general. It was very hard to wire up my synth by midi or VST aliases. UIs are total mess. It just took too much time to find the right settings. In Renoise I find every setting very easily (most of those did not exist in “amiga age”) I don’t want to read the damn manuals just to get started, modern software should not need one!

So the learning curve of Renoise is just because of bad habits learned from other DAWs, right?

I once read an article regarding the usability of different Linux distributions, where the author explained how “user friendliness” and “beginner friendliness” are two distinct things. Many programs out there are beginner friendly, meaning that they are easy to get into. Others may require some investment into learning how they work, but they are much more efficient and more powerfull in the long run. I think trackers are like that. When I first opened FT2 it took me a couple of days before I even realized how to load a sample, but after a while I got the hang of trakcers and nowadays I strongly believe that it’s a superior way of step-sequencing.

the only drawback ( for me it is ) is that you can’t go back to the regular piano roll stuff , it feels really weird , using renoise for 4 years now , I can only use the tracker interface , and old skool x0x sequencing .

I don’t have a problem moving between Reaper, Reason, FL Studio and ReNoise. Each one has its advantages.

Another tip is to never be afraid to try something. If it doesn’t work as expected or as you want it to, start a dialogue.

I believe it was the great Monsieur Baguette that once said “the moment you start to consider it’s a work to do, the moment you are in troubles.” this wisdom is great but I always say that anything decent requires work. And the payoffs come in unexpected ways. Have fun!

Having used both ft2 and it, I felt pretty confident with tracker interfaces when I started. I found one of the stumbling blocks though was the whole modal-panel-specific-keyboard operation. When you’re first using it, it’s not obvious that those little crosshairs in the corners are really really critical. To be honest I still feel ambivalent about this as a paradigm. 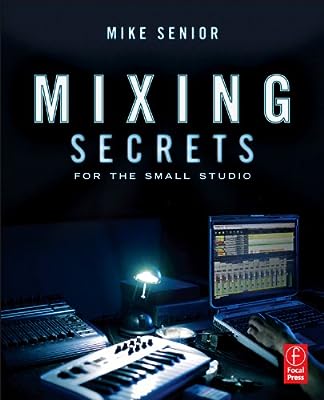 Mixing Secrets for the Small Studio (Sound On Sound Presents...)


Covers a lot of stuff, monitors in great detail, room treatment, dynamics, compression (this is really good), arrangement, mixing in great detail and loads of other stuff like sweetening the mix with reverb, delay and other effects. I have read this twice now and keep going back to it.

Great vid, the guy cracks me up, making it hard to concentrate on what he’s trying to say.