This is something that happens with certain plugins and only in renoise
When the gui is shown of the plugin , the cpu ( in taskmanager )rises so high , renoise scope and keyboard (for playing ) becomes unresponsive etc…
Latest plugin is loomer string ( new version ) …it’s a light weight plugin that only takes about 5%cpu , but when the gui is shown taskmanager goes through the roof etc…
We should really get to the bottom of this 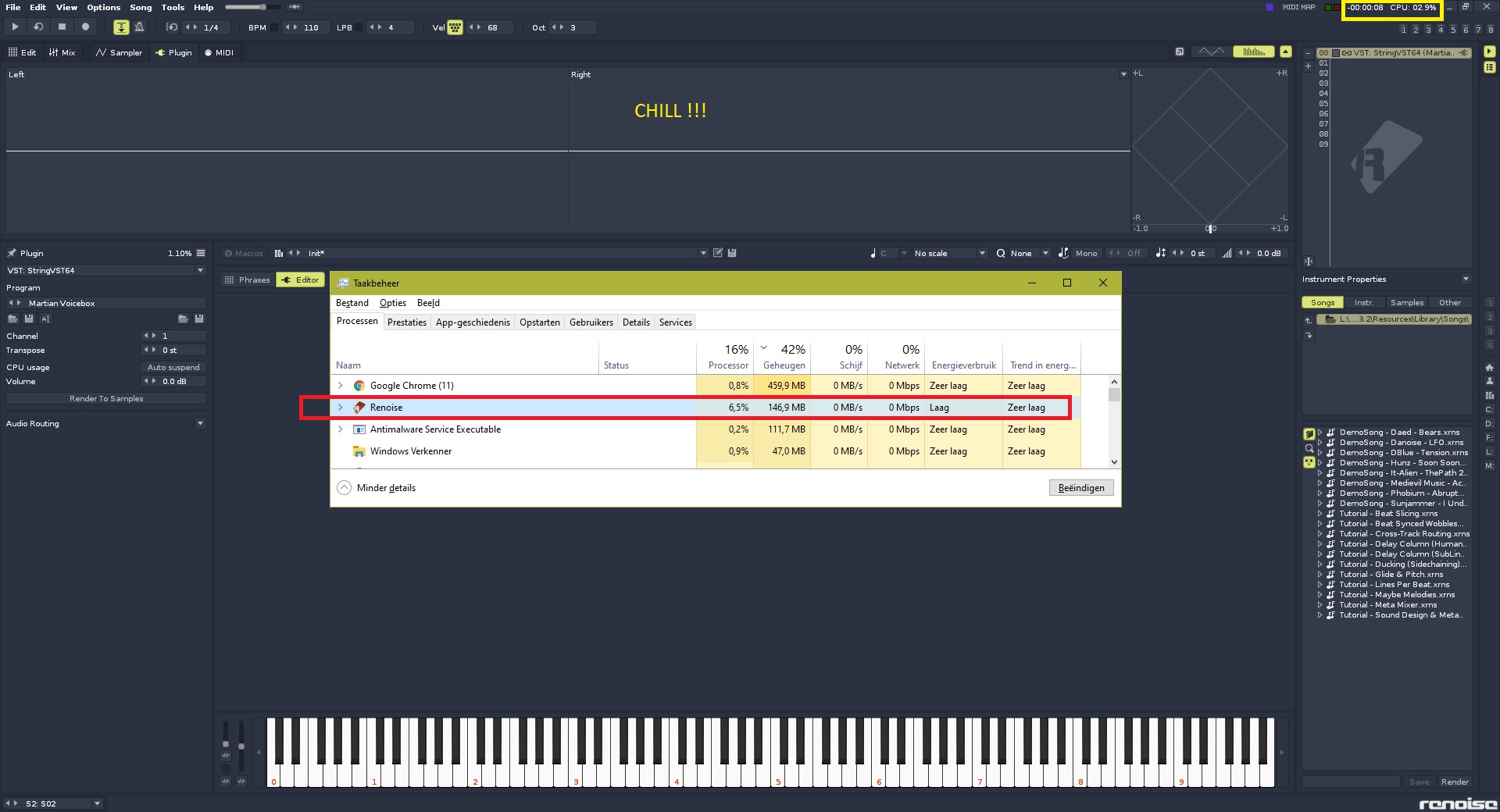 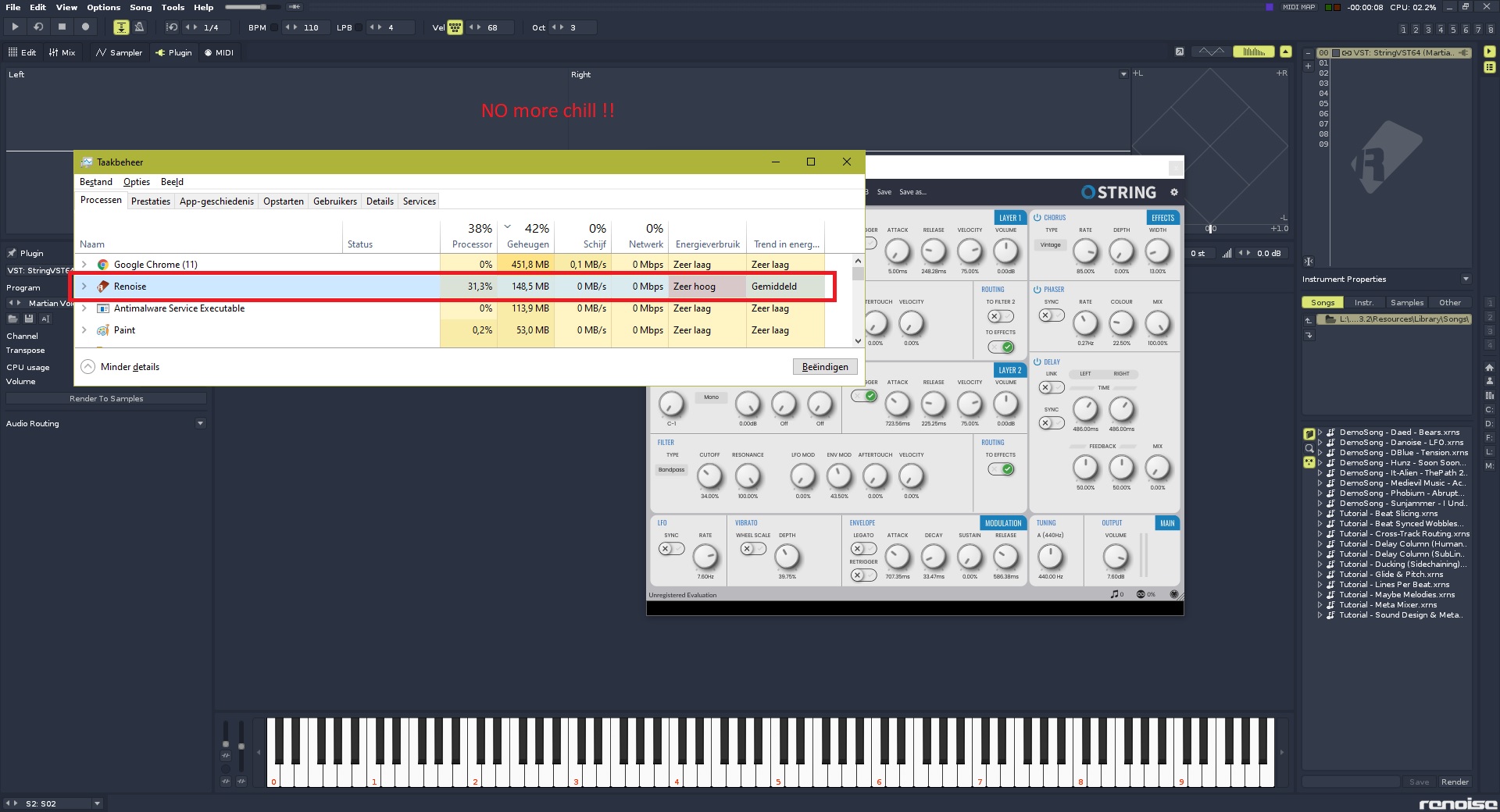 Looks like you might be swapping, alot of memory seems to be consumed by even the few processes shown.

According to the developer it’s because certain hosts rescan the gui every frame …he fixed it ,
Not sure if this is host specific and if the developers could do something about it .
Synapse audio plugs also exhibit this behaviour

Edit …there was an open gl rendering option in the plugin , this fixed the issue

Many plugins use a significant amount more CPU power when its GUI is opened even when paused and the GUI does nothing but it’s the same in Cakewalk, you’d think they’d offload that work to the GPU!?

All I can it that there are certain plugins that really bring the gui performance of renoise to it’s knees , everything becomes sluggish when the vst is shown ( not talking about audio threads ) .
The issue with this plugin is fixed because there was a open gpl render option ( which I haven 't noticed ) turning it on fixes the issue . * by default it used software renderer )

I actually made sure the latest machine I bought had nvidia and not integrated graphics. LOL. Pretty sure I fried the CPU on the dell I bought last time because it had integrated graphics, and could not handle music production, with the very latest GUI’s

Am using a GTX 1660 ti… lol, almost more important than processing power for music production nowadays, is a dedicated GPU.

I also have a dedicated graphics card , an old radeon …which should be more then enough