To achieve mono compatibility in a stereo mix should I just use symmetrical panning ( movements and / or static points ) or are there other things to know?

Any side information will collapse in mono. Among other things, this means that anything panned will have a lower volume when played in mono compared to when played in stereo.

“Mono compatible” is an artistic judgement rather than a technical one - mainly implying just that the music sounds OK both in mono and stereo. (It’s also a term sometimes meaning that a particular effect doesn’t alter the Mid signal).

Let’s see if anyone disagrees…

I just try to switch on/off a stereo expander set to “mono” often while working. It will tell you how the “worst case” effect of missing stereo will be…if it sounds alright and just as one would enjoy the piece in stereo, your mix is probably alright. It is a must, as studio monitoring or high end headphones always bring optimal stereo image, and not the compromise that most listeners will experience in real life.

The lower the frequency, the bigger any problems caused by stuff out of phase. Normally people try to keep their subbass as mono as possible.

Stuff completely out of phase will disappear in a mono mix. I have the theory, that especially for low frequencies, even on stereo speakers this out-of-phaseness can result in stronger variation of sound depending on the position of the listener vs. the speakers, i.e. they will hear a different sound than intended…having stuff at maximum 90° out of phase could however ensure that the result will always be similar than what was intended (that is my theory, no more and no less).

However complex sounds that are out of phase and of high frequency might create interesting spatial/depth effects with stereo speakers of headphones.

It is some whole lot of little techniques to design and apply techniques that result in width that will not go out of phase or not have comb filtering when collapsed to mono. Some people swear on 3 point panning, so only 3 positions for each sound, left middle or right - stuff will sound great on big speakers, but might be boring with headphones.

Symmetrical panning is only important to deliver a stereo image that is “balanced” I think. When collapsing to mono, it might very well sound the same as some totally skewed panning scheme I guess. Mono compatibility is all about the left/right channels having sound in or out off phase. Maybe there might be setups where people use for mono not a mix of both channels, but actually only the left (or right) channel. I don’t know if this actually happens in real life. But if it happens, then it might be a good idea to have a mix that also sounds good on each side. Maybe also thinking about some big party/venue stereo setup, where some people might be so close to either a left or right channel speaker, that they will hear little of the sound of the other side.

Thanks for giving such a detailed response.

The information given here will be very helpful.

I’m going to look around and do some more reading about goniometers and phase cancellation and just phase in general. I guess its easier to work out things about phase with simple waveforms like sines or triangles and more about doing things by ear with more complex sounds.

I will have to think about big speakers, car stereo, headphones, phone speakers, portable bluetooth speakers.

I have to work on everything with headphones only.

I guess its mostly for cinema so probably they dont think about mono compatibility.

Anyway, that was very interesting and helpful thanks. 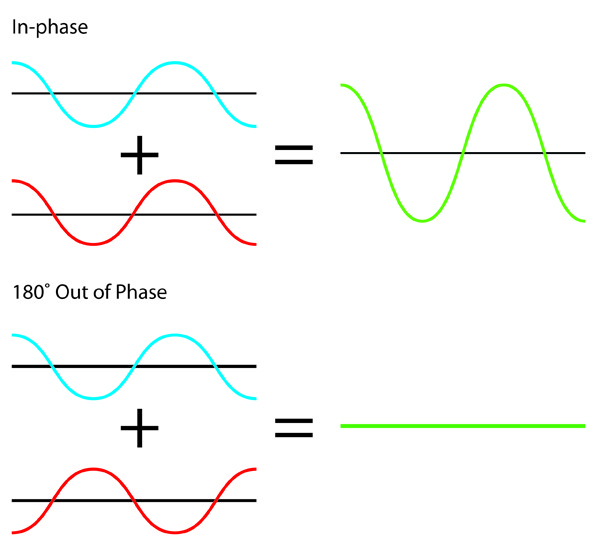