Never a better time than now to add VST3 support

Reason 11 is out in late September and it’s going to be a VST. Would make my workflow a heck of a lot easier. Maybe I’m the only one who wants vst3 support. Just figured I’d put it out there.

Yep. This definitely is planed for the near future, but implementing and testing VST3 will take quite a while, so I can’t promise when we can add it. Same is true for AudioUnit3.

This definitely is planed for the near future

Great news, thanks for the heads up Taktik!

With Reason 11 having been announced the day before the Renoise update, I’ve been dreaming of the possibilities of having the Reason Rack inside Renoise without the hassle of Rewire. And we’re almost there…but need VST3, so I’m very pleased to hear this is in the works, awesome.

I really don’t see the advantage of reason vst over rewire , except for audio input vst.fx
The rack vst will have only 1 midi input channel , if you want to control more instruments you’re forced to load multiple rack vst’s at the expense of cpu load .
Reason rewired is just a breeze when controlled from renoise ,every module can be controlled/sequenced over midi , the parameters are automatically exposed , and the outputs appear wherever you want ( just insert a new rewire block in renoise ) .

Is in it possible to stack vsts in the Reason rack so you could control them with one midi input ? 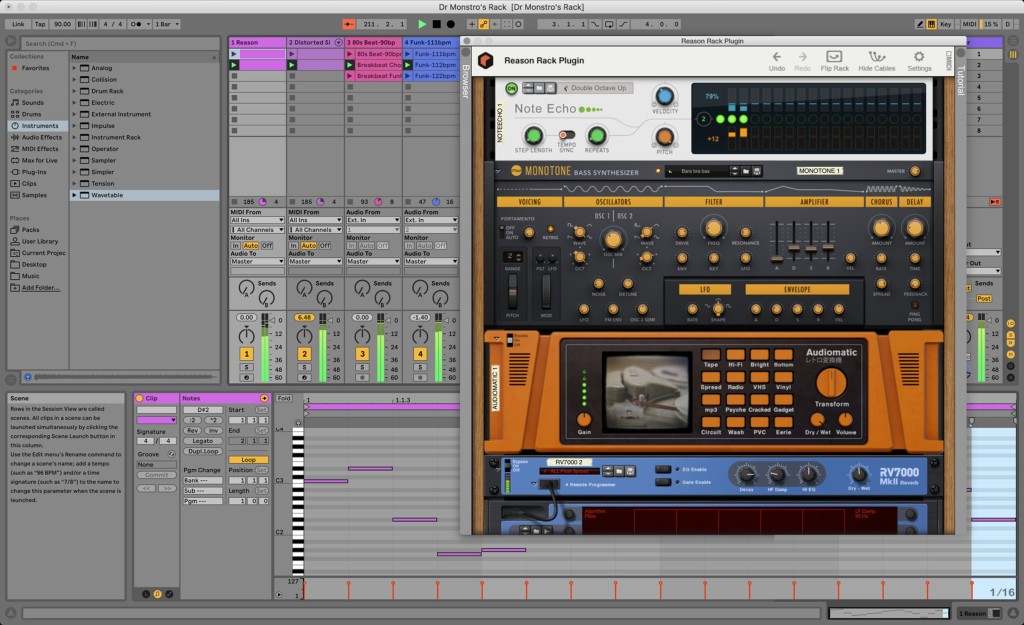 Reason 11 unveils a bunch of new stuff - and the company that brought you ReWire will now let you use Reason as a plug-in. Oh, also - that company is no longer "Propellerhead."

Seeing as I already responded at length to this perspective of yours (‘A reason VST offers no advantages over Rewire’) over at KVR, it’s perhaps pointless to repeat myself here.

But there are so many reasons why a VST plugin is superior to Rewire. And you know this, too: rewire can’t be used as an FX processor, VST rack can. That alone is HUGE. Rewire requires loading two different pieces of software, and saving individual sessions in each for ONE song: that’s really annoying; booting up two programs to load one song is…not great. A VST makes automation easier. A VST keeps everything in one place, for fully integrated control, rather than communication between two separately running apps (yes, that overlaps with previous points, but it’s worth pointing out). A VST means I can save my Reason Racks as devices or groups / racks (ableton style) in my host DAW for easy loading there, rather then, again, saving assets for one song between various programs.

There’s more.
But whatever, keep fighting the Rewire fight on your team of one.

“Reason rewired is just a breeze when controlled from renoise”

Well, one man’s ‘breeze’ is another man’s “this is a huge effing pain in the ass!”, I guess.

Funny how so many people have a problem with loading 2 separate files when using rewire , probably the same kind of people that think using reaktor is a haslle because of ''ensembles ‘’
Not any different n from loading programs on my Yam sampler , nord modular etc…just a few seconds of wasted time…the Horror

Very happy to see that this is in the roadmap!

I’m testing the Reason beta and it hurts that I can’t use it with Renoise.

There is a small work around. Works great for me: Support Vst 3???

Whoa thanks! I’ll give that a try in the meantime, any idea if there’s such a thing for macOS?