This is something I’ve wanted as a native feature and thought it could work as a tool.

So for example, you have a short drum pattern and enter the commands on the group track like this: 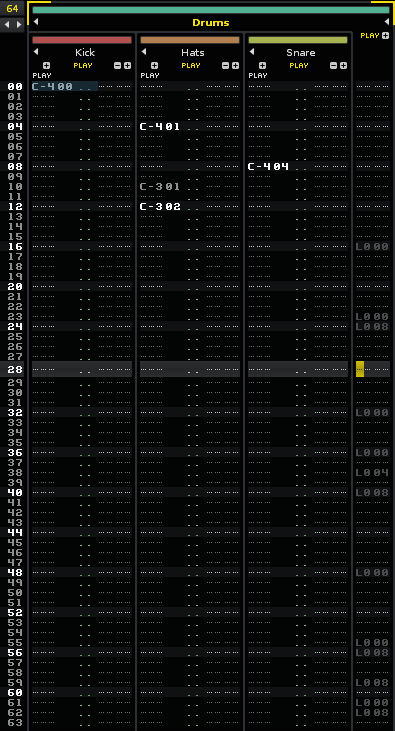 Running the tool when the group track is selected will transform the pattern data into this: 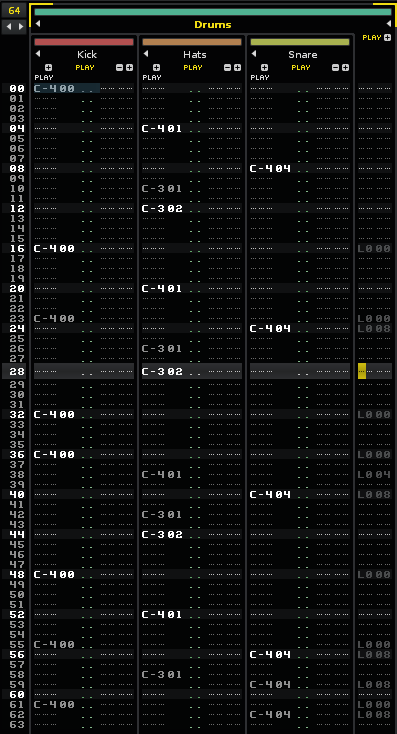 For best usage assign it to a key command. It only works on group tracks so make sure the group master track is currently selected before you run the tool. Use undo to revert back to original data.

This is a pretty cool idea!

Yeah go for it, I’ll be interested to see what you do with it!

question: is there some way for you to define effect command writes so one would have, say, 2, 4, 8, 12, 16, 24, 32 as shortcuts so one could just, you know, use them too, and then create the resultant pattern with one shortcut?

Thanks esa, that is a really good idea…

I’m just thinking about the best way to implement it, either as a series of keyboard shortcuts that could be assigned by the user. Or as a number of buttons in a GUI that could be set to respond to predefined keys. My instinct is that the GUI would be simpler for the user and would require less set up but probably slower to use… Interested to know what you think?