New user to Renoise, should I buy Redux?

Hi guys, so as I mentioned in another post I went ahead and purchased Renoise… YAYYYY… I still do not get and understand what Redux is? I have seen the videos and it seems to be a VST plugin of some sort, I saw it can hook into other DAWs like Ableton or Logic … But I still do not get it.

Can someone please give a simple plain English explanation of why I would purchase and use this addon?

Give some real life examples.

in short - redux is slice of renoise in vst format (another daws).
it’s basically a single sampler instance from renoise put into vst format, so you can use it another daw… ‘phrases’ are usefull to create custom arps, drum rolls/fills etc… you could create whole drumkit for example out of redux, create phrases (intro/verse/fill/hook/outro for example), and on single key/note press, you could have your drum track playing the desired phrase in your ‘favorite’ daw for example…

I used it few times just for goofing around, but i bought it as respect and support to the developers and renoise cheap price in general

In real world use how would you use it, plain english…

as i’ve alrady wrote:
Basically redux is one instance of renoise’s sampler for vst format… (just a slice/part of renoise to use in other daws…) in order to understand, you have to understand renoise first i guess.
i really do not use it, since the ‘tracker’ workflow is lost when working with other DAWs (be it clip-launching or linear-recording style like pro tools)… I use renoise exclusively, since i love tracker realm. I hope that this helps.

if you do not intent to use other daws, renoise is enough. But if you do (for whatever reason), you could evaluate redux as well.

Also a point that you cannot load redux inside renoise,

Also a point that you cannot load redux inside renoise, 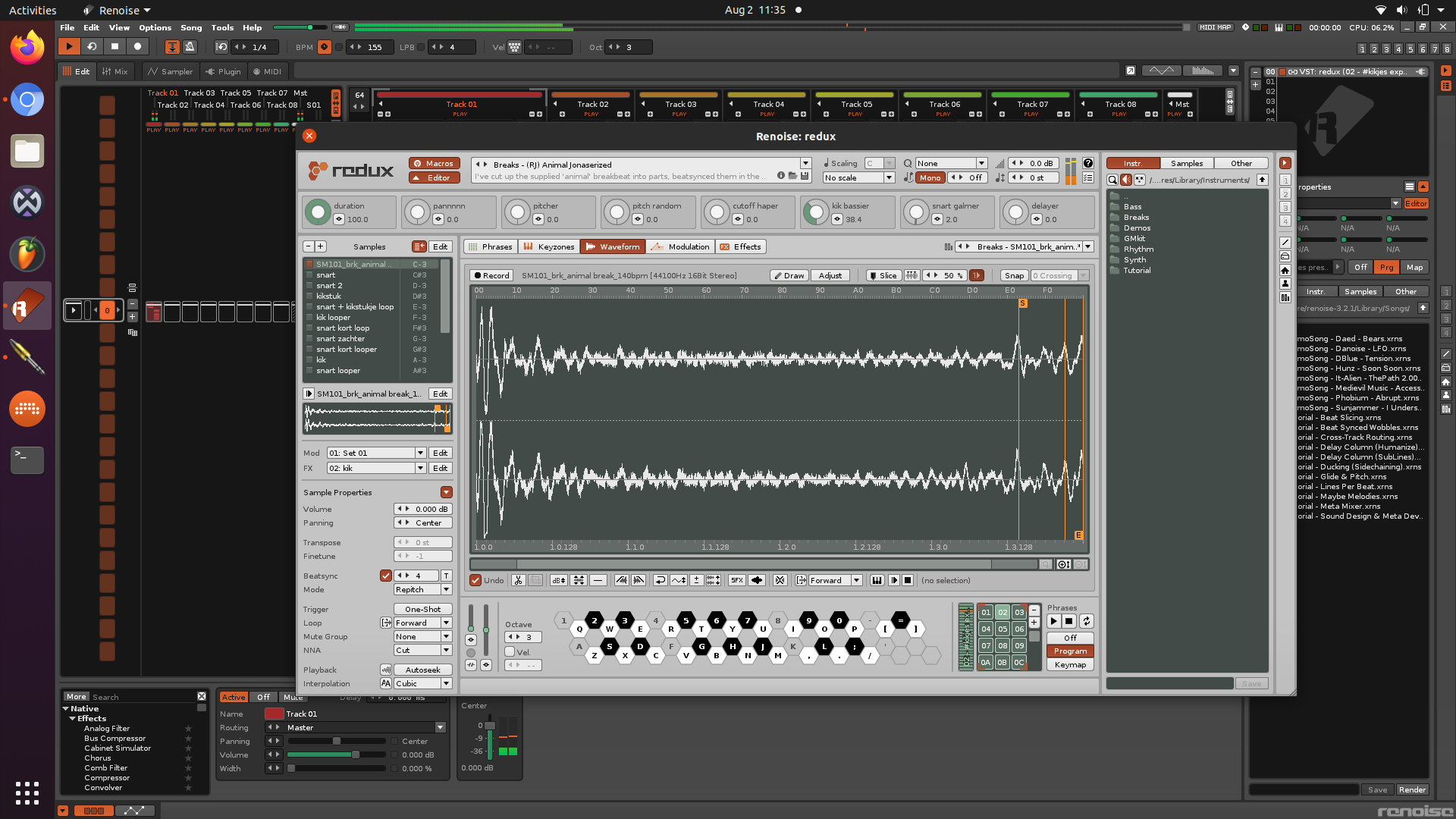 I don’t think I’ve actually tried to run Redux inside Renoise until reading this post, but there you have it, it can indeed be done.

Cool. And the purpose of that action is? pure demonstration or any benefit?

Just purely for demonstration as I guess It would be an unneeded step to add Redux as all can be done with Renoise anyway.