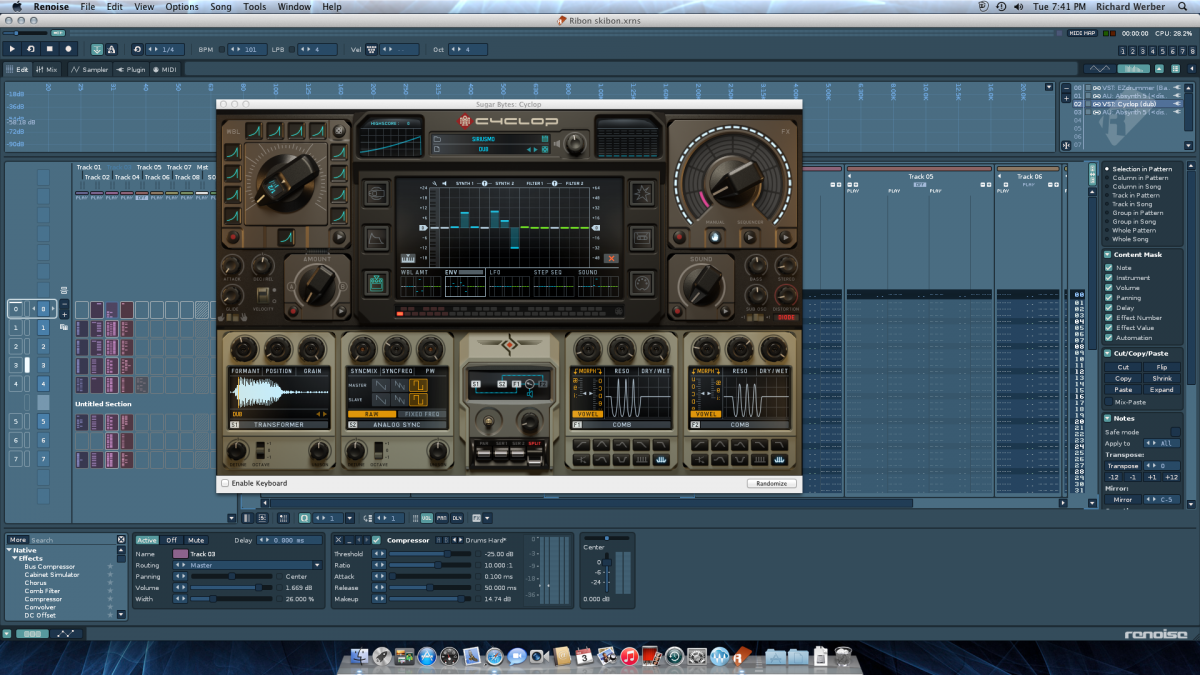 I have Cyclops and it’s not behaving right in Renoise latest version. Pressing a key and the recorded note behave differently.

The preset Dub has a note that always rises on the S2, when I press a key on my Akai MPK mini keyboard I hear the note, part of the note rising. But when the same note is recorded the the pattern sequencer the note doesn’t rise. It’s two different animals.

Did you try to enter and add a certain “velocity” / “volume” to the notes in the pattern editor?

No no no the velocity was whatever I pressed on the keyboard. I tried to put in a velocity number manually but has the same effect.

Did it work in previous versions of Renoise? And in that case what was the last version it worked with?

Is the rising behaviour in Cyclops triggered while hold down a sustained note, or only after you’ve pressed and released the key?

I wonder if you might need to place a note-off command into the pattern editor?

Did you enter the notes into the pattern editor manually, or play and record them live in real time?

Kinda hard to see exactly what’s going on with your pattern since it’s hidden behind the Cyclops window.