Note off doesn't seem to work?

Im in the process of learning how to use Renoise, and im having trouble with note-off commands not working when using a VST, and i can’t seem to figure out why that is right now.

All columns have a note off command at the end of the pattern, but they keep on playing in the next pattern anyway. When i open a new song and put in a note of the same VST, and a note off command, it does work, so there must be something going on im not seeing.

I took a picture with my phone, because i also don’t know how to take screenshot in renoise yet.

Anyone got any idea’s? Maybe it has something to do with the effect commands in the last column? (I haven’t figured out what these are yet, but they appear when i use the pedal while recording with my digital piano)

Do you have an example? Maybe using a free VSTi.
I often use track mute in the playlist editor, so i dont need Note Offs at the end of a pattern: 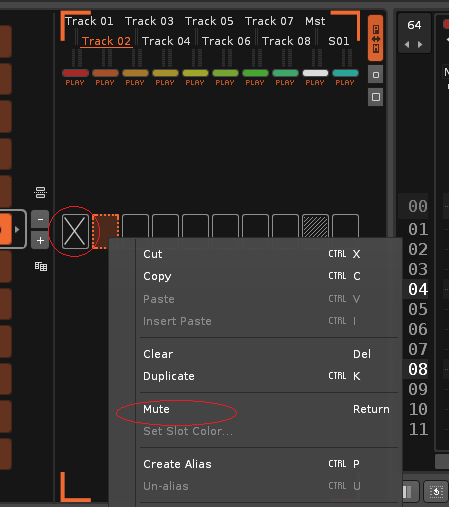 I also use sometimes the CUT fx command, specially when the note is the last one: 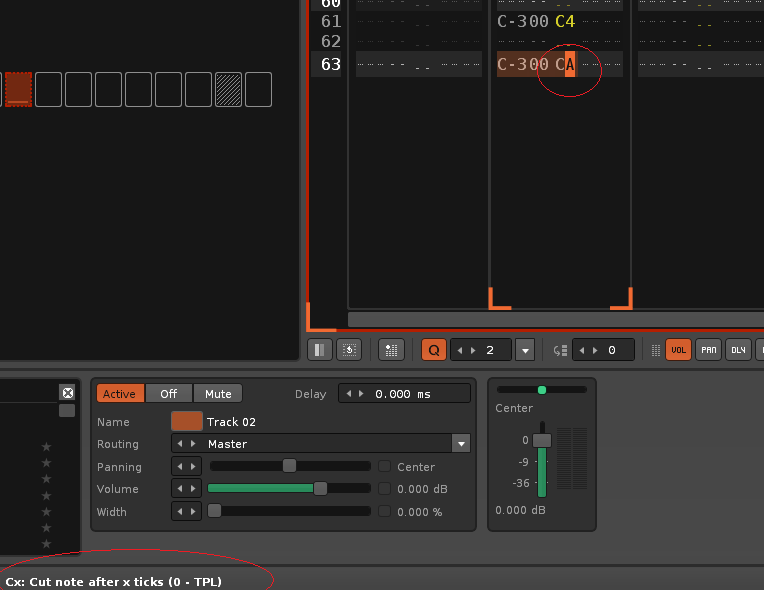 In the instrument editor you can read which notes are still playing view the lower piano. Write them down somewhere else and check the pattern, making sure there is a note-OFF below the note. 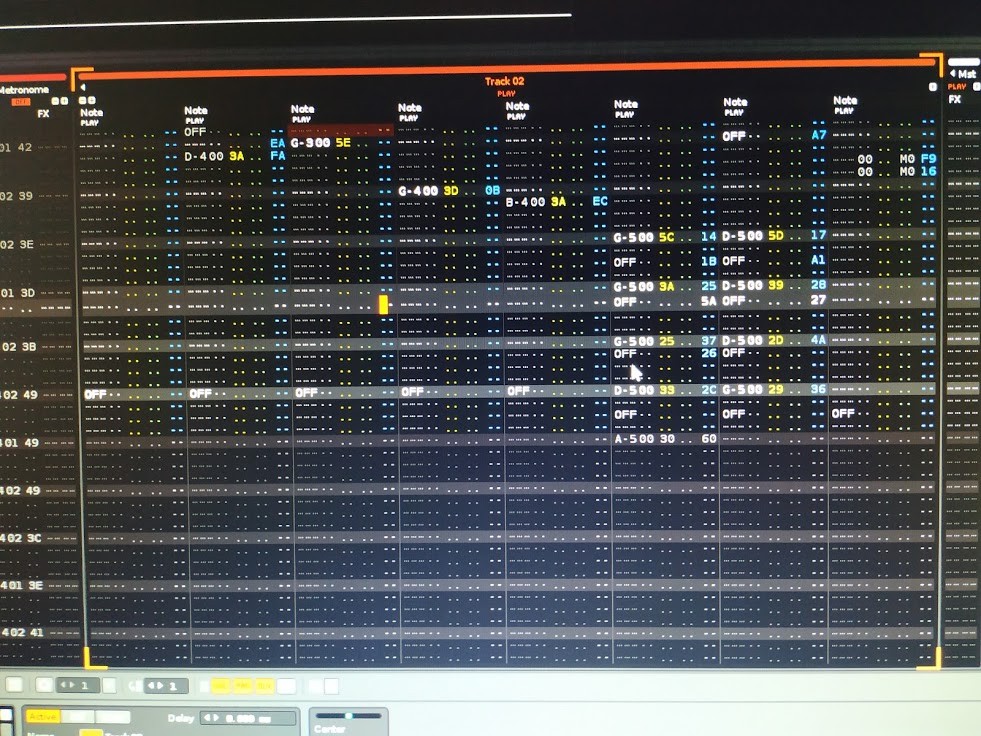 In your image capture it seems that everything is correct. Only the note A-5 00 30 … 60 does not have a note-OFF below (depending on the scope of the photo).

To capture a image press [ALT PRINT], if you use Windows. After paste inside your text and reply.

That A-5 00 30 is a note in the next pattern, that one is supposed to be playing. The rest should be cut off by the note-offs, but they are not.

This is an example with a free vst.

You can hear the piano notes still playing in the second pattern, while they should be cut off by the note offs.

Toimp and Raul thanks for the tips i will look into those too.

You can hear the piano notes still playing in the second pattern, while they should be cut off by the note offs.

I think what you’ve got to work out first Evda is: Does the EVM Grand Piano vst actually respond to ‘note off’ midi commands? If the vst does (tried it in another vst host?), then you can start to look at Renoise been the problem. If OTOH the vst doesn’t respond to the ‘note off’ midi commands then the chances are it is the EVM Grand Piano vst completely ignoring (never programmed in) the message. Not a lot Renoise can do about that. The vst is probably just intended for a quick piano sound that maybe is controlled by the decay and sustain knobs?

I included this free EVM piano vst just for the example.

The real vst im using is Abbey road garritan cfx piano. It does respond to note offs, i double checked this by making a new song with the same vst, putting a note and a note off in it, and it responds like it should.

The only thing i can think of is somehow Renoise recorded my pedal as “pedal down” at the end of the pattern, so all notes keep playing, and maybe that overrides the note off commands?

So you gave a meaningless example

Have you tried deleting the sustain pedal midi command from the pattern? Also keep in mind not to play the same vst instance in multiple tracks.

Well Toimp asked for an example with a free vst, so that’s what i did. I don’t think it’s really meaningless though, because it seems to react the same way as the original vst im using.

I did not yet try deleting these pedal midi commands. Good idea, could have thought of that myself.

Meaningless = confusing in this instance. You happened to pick a vst that doesn’t react to note offs putting problem on top of a problem.

You can play the same vst instrument in multiple columns. Not in multiple tracks. Why? The way renoise handles it. General advice with renoise is to keep one instrument number allocated to one track when they are a vst or using fx chains with samples.

I think the problem (at least with your example vst) is, that note offs wont completely silence the sound but rather act like a key release. Meaning you will always hear the release tail after the OFF comand. When I turn the EVM decay knob down to 0 and just keep the sustain at max, the sound is cut off immediately.
So the only way I can think off is controling the release value with an instr. automation device. This will affect all notes in the respective track though. You could duplicate the VSTi and use multiple tracks or just render the plugin to a multisample instrument with Ctrl Alt R. 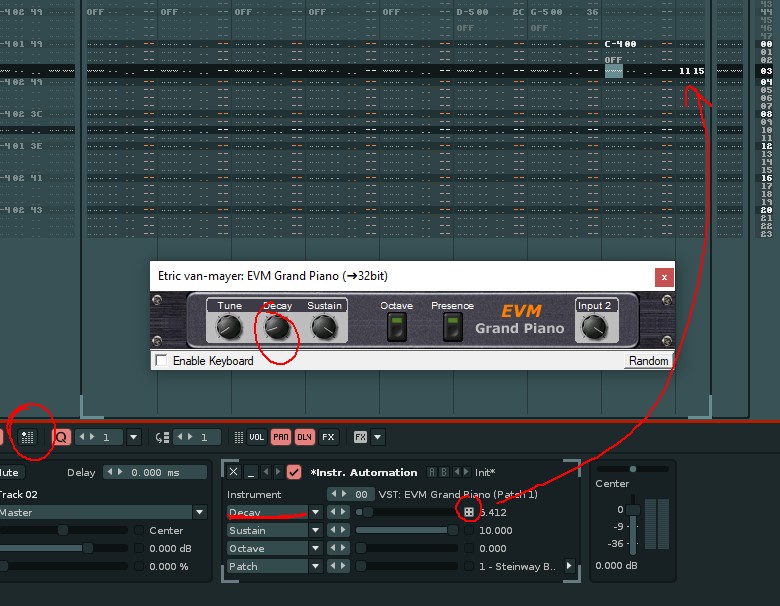