Hello. Not sure if this is a beginner’s question or just a bug. But I’ve used Redux for a few days, and never Renoise (nor any other tracker) before, so I at least am a beginner.

My issue is that note offs don’t work correctly. I’ve had two issues:

My other, bigger issue, is that note offs (or ons, it may not be related to the above) just don’t work properly.
Here are two sound samples of the same piece of a song.

The first is a live “bounce” from Reason and sounds correct.

In the second, which is a render, the drums during the first three chords sound correct, and after that a bunch of cymbal hits are missed. given the (probably too) distorted and compressed mix I can’t tell if the cymbal hits start at all.

The midi loop is the exact same throughout this part of the song. I’ve used Reaper’s drag-loop-function so the midi data should be identical every time.

Nothing else was changed between the render and bounce. The only difference is that I pressed play well into the song, rather than bounce it all. Souldn’t change things… No CCs are sent, just the same midi loop with note ons and velocity, nothing else. No phrases used, just notes from Reaper.

The not off-layer is empty, basically I just want the GM note hits to play those samples until they’re done. No loops are used, just one-shots.

So far Redux is great for my needs (and I will explore glitchy stuff further on) but if I can’t trust it to simply play the samples the same way every time I’m not sure I’ll continue using it. The small modulations I use (velocity to pitch, or velocity to filter) shouldn’t make a sample not be played. There’s no random element anywhere.

My first issue is easily solvable, but weird, but this second one is just unreliable. It sounds right when I’m mixing and changing notes, only upon rendering will I find out if things came out correctly. That’s not really workable for me.

The issue could also be with Reaper’s midi handling, of course.

ps. Likely not needed but here’s an image of the loop in question. 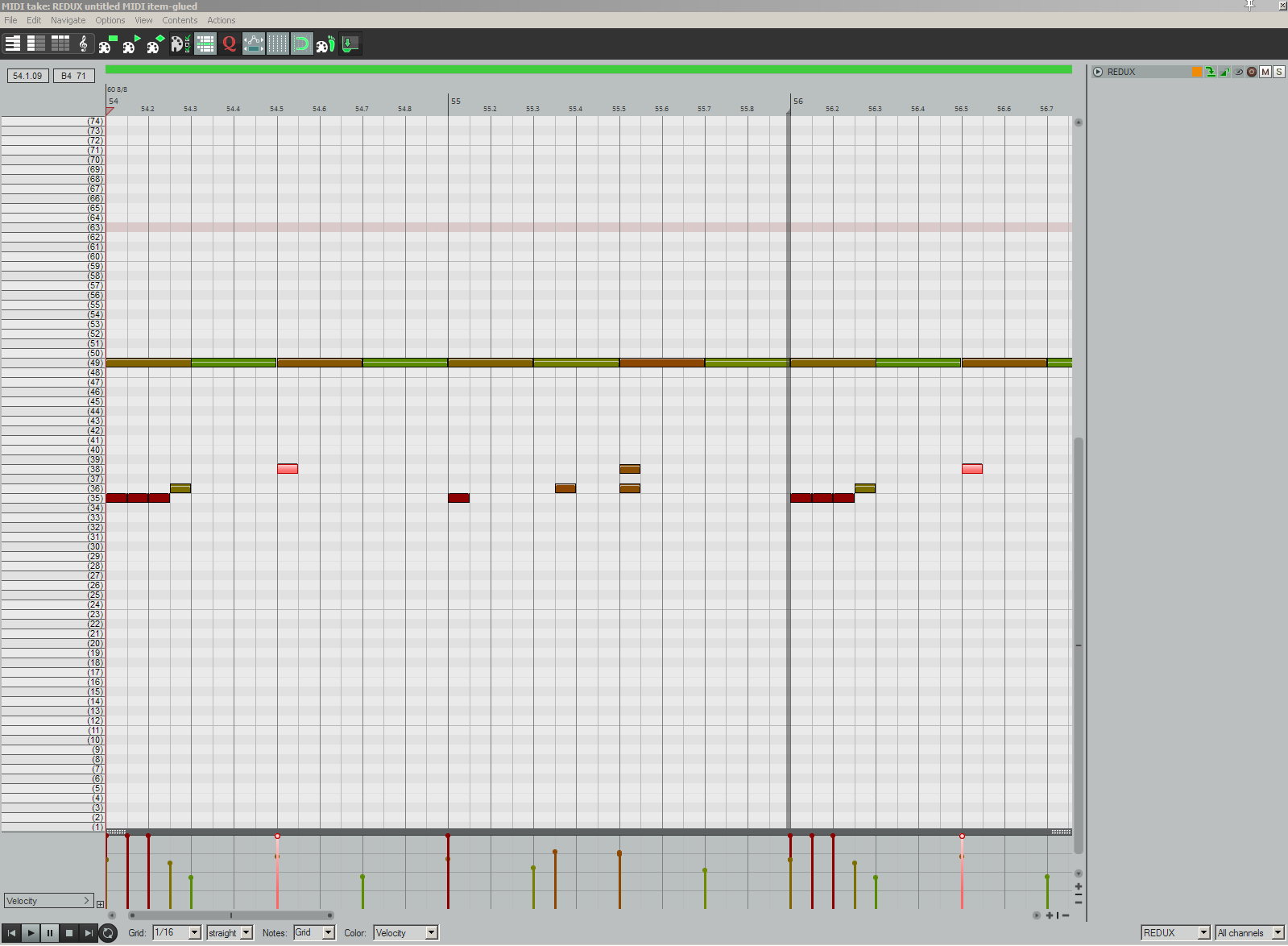