I just discovered the open source Surge VST/AU synth. Just opened it up and am already LOVING the wide variety of high-quality, useful presets. Check it out.

i’ve tried last night to run it but no luck. Surge seems installed and all OK, it is located in ordinary path for vst and AU on my mac, and renoise still cannot see it. Can someone help?

Hm, the vst2 version works fine here, on R3.11 and 10.13.4. Did you check Renoise blacklist database? Is there an entry in the Renoise log about the failed scanning?

I try to avoid to use AUs in Renoise at all anymore, since it is broken in general.

@ffx nothing in log related to surge, i’m on 3.1.1 as well. Deleting cached content showed me surge upon restarting renoise 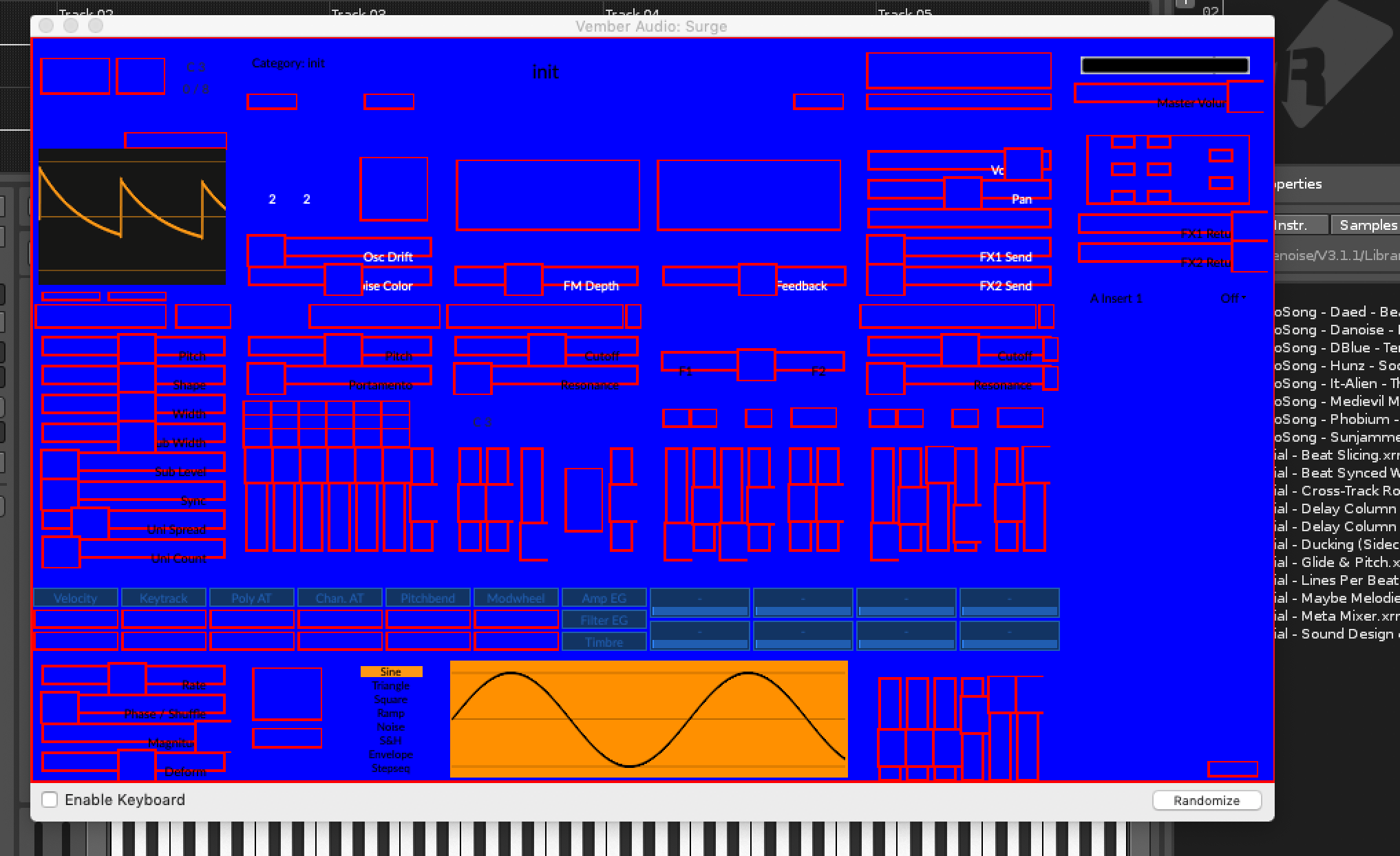 That is missing graphics files? Did you install those support files into that user(?) sub dir? I remember I did so, manually. esp if you had an old verison before, check, if it should be placed into general /Library or ~/Library instead.

Btw there currently is voting time in OSC #122, only using Surge:

Not sounding that bad but thats some ugly 80ties interface and mad uninspiring too. Does this one sound better than serum or omnisphere or look better?

You just need Serum and OTT, don’t you know??

This reminds me - I notice that some plugins allow you to select a preset from within Renoise’s plugin menu rather than using the external editor (aka the plugin GUI). I have a lot of plugins that don’t support this - anyone know what a plugin developer would have to do to enable this kind of integration? Since this is an open source project, there’s always the hope that it could be developed…

if you programm me Open Source Surge with a nice OTT GUi than I’ll buy that.

I’m also having this exact GUI issue on OSX, i’m not sure where to find these resource files or where to place them once i’ve found them. any progress?

The sound is nice, but the interface is horrible.

I don’t really care about presets, I like to roll my own sounds so if I don’t gel with the interface it’s a no-go for me. But it’s free and open source so maybe someone can make a better GUI?

Just get some glasses? Nah, I think you can scale up the size in the settings

True that Surge’s GUI is a bit messy. See screenshot below. But it’s open source and it’s given with 1000+ presets. So in my case, it’s like a little gem, that I use as is. After that, yes, making a new sound from scratch seems to be hard. Perhaps it needs a 1000+ pages tutorial, LOL. 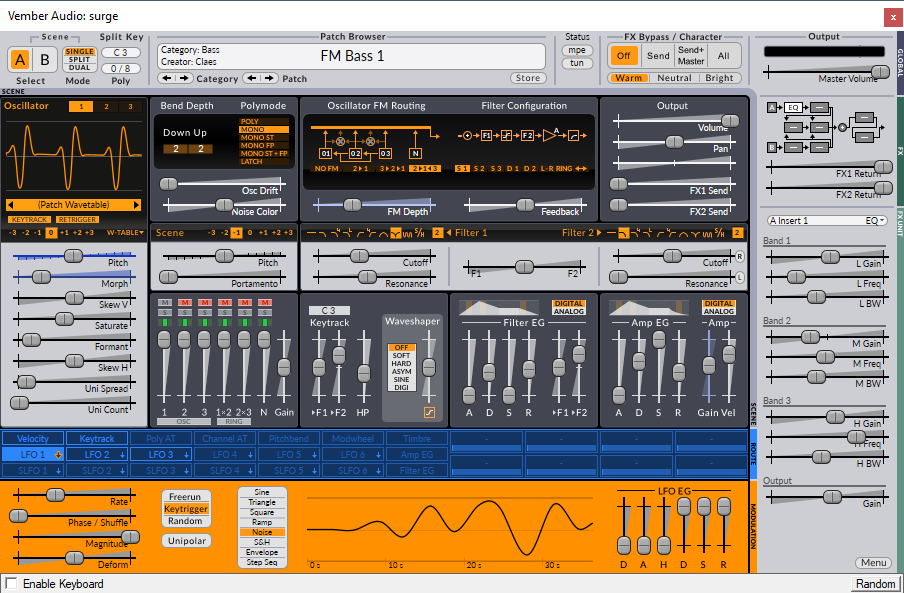 It’s really nice that the synth supports MPE for those of us who have MPE controllers. Now if Renoise supported MPE…

I find the support for VST3 context menus interesting. This already works in Bitwig, so you simply can right click a knob and e.g. select automate etc.

Super synth i am glad they keep updating it.Thanks for the heads up

There currently is a detune bug in it in the unison module, watch out for upcoming 1.66

EDIT: But it only affects unison spread, if spread is set to absolute mode, which is most likely not the case in 99.9% of the presets. So nevermind.