When the maybe command is 0y00 in the global effects collumn it works as mutually exclusive .
But for this to work , the indiviual y commands ( note lane ) has to be set to anything other then 0y00 otherwise it won’t work .
I am aware that 0Y00 has zero change of triggering , but when changing it to 0y01 (for individual lanes ) the global effect command works .
I find this strange behaviour ,
Would,t it be more accurate that the global 0y00 command (mutuall exclusive mode ) always works regardles the individual y value ( in the note effects lane ) ? 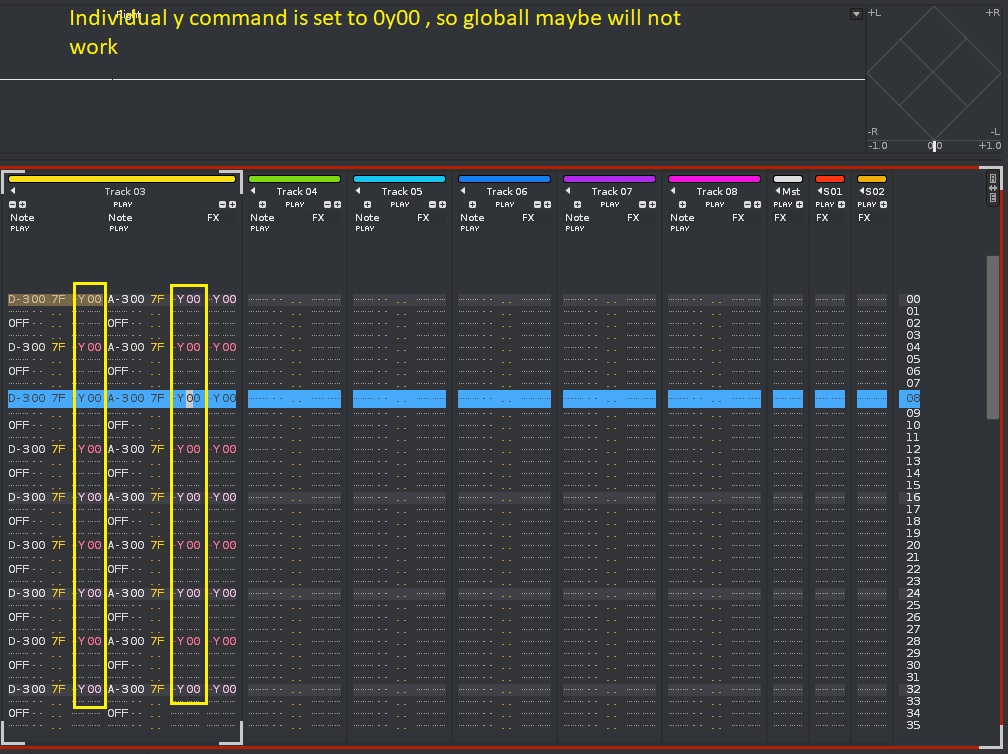 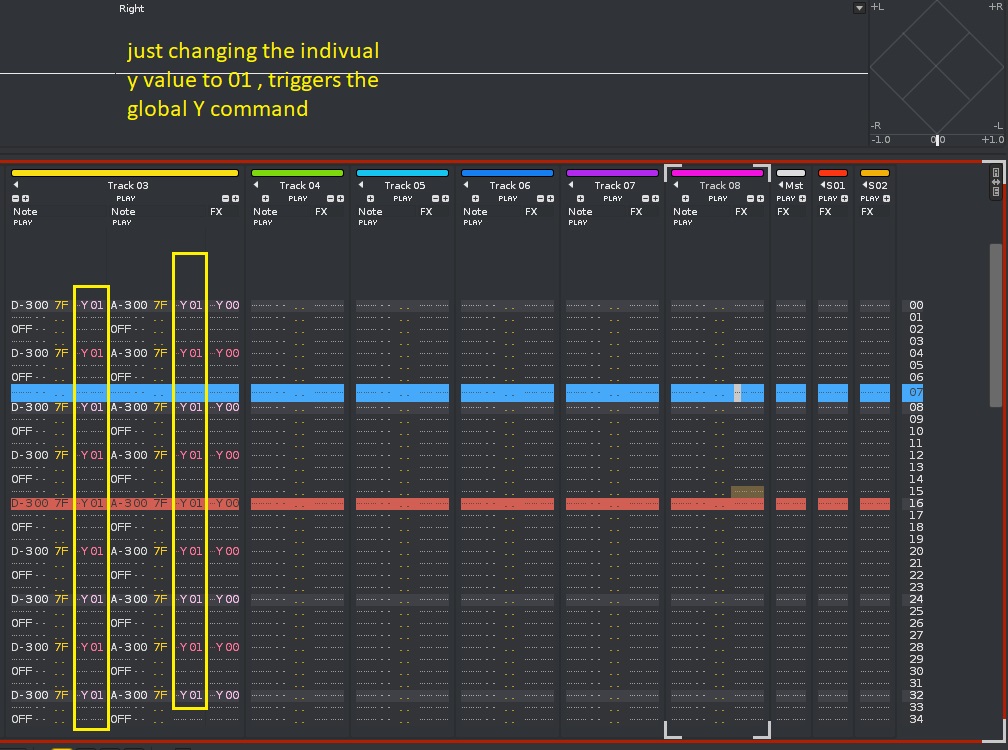 Because Y00 in pattern effects is supposed to always only trigger one of the notes in a line of columns,
i assume the thing is that the yX or yXX number in column effects will tell the effect how likely it is supposed to be triggered compared to the other notes on the same line with an y command. I think the problem is that it’s doing this by multiplication and because 0 is no value it can’t multiply.
I don’t use the y command all that often anymore, so i’m not sure i remember correctly all its quirks.

Doesn’t matter which collumn is used
In the panning column , y command is restriced to 16 values ( f ) , in the effects command 256 (ff)
I am aware that 0Y00 in the GLOBAL effects collums only triggers one column at a time
I am just pointing out that in order to do so the indiviual effect Y command has to be set to anything other than zero
Even individual effect. 0y01 ( which has a verry small change of triggering ) will always be triggered if the global effects command is set to 0y00 ( see screenshot )
First lines will not be triggered becasue both collumns are set to 0y00 , all other lines lines will trigger even when individual value is still verry low
That’s my point

Here’s another example , when you hide the global Maybe (screenshot below ) , chances of a collumn being triggered are verry small ( 0y01)
Exposing the global Maybe overrides the indivual values EXCEPT when zero , and it will trigger one collumn only regardless it’s Y value ( of the individula collumn )
I hope that makes things clear 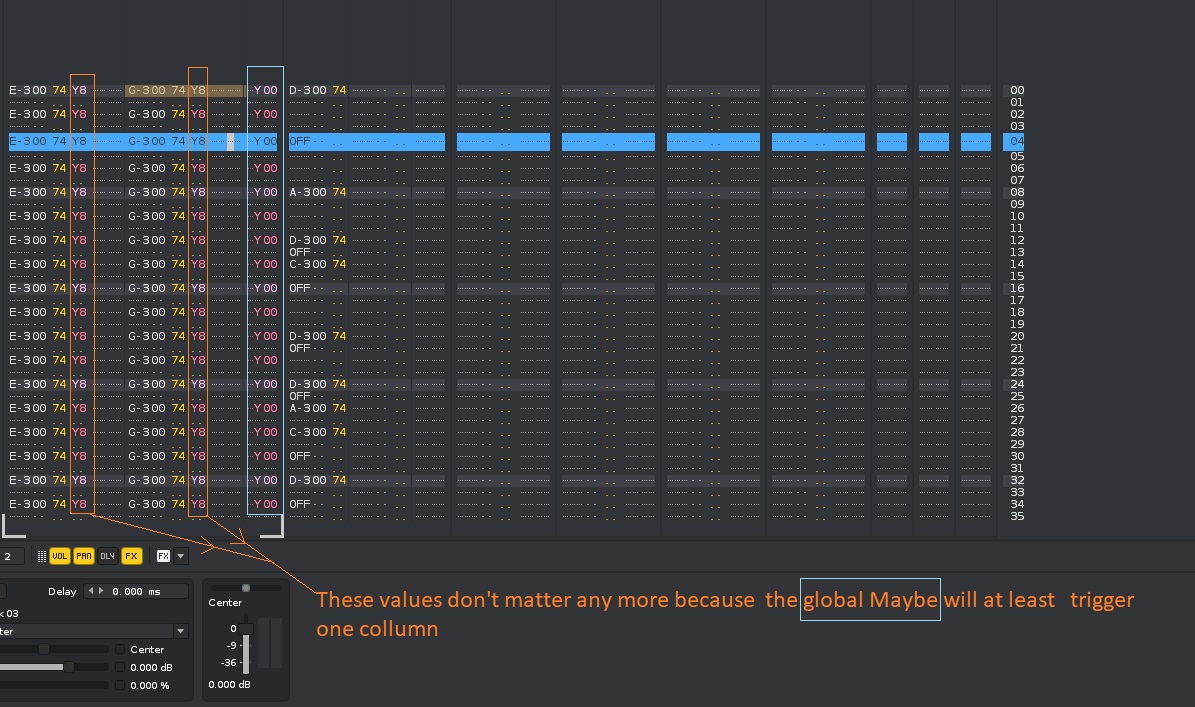 On a side note, I always thought of the Y-command as “Why?” instead of maYbe. Why should I play this note? I may feel like it or not.