With the following scenario, Renoise becomes unstable and hangs:

If the user has Renoise open, open the Sound Blaster control panel and change the speaker settings (image capture below), Renoise becomes unstable and must be closed, especially when switching to “Stereo Direct”.For some reason, Renoise does not correctly detect the change of state of the audio device.I suspect that it will also happen with other models, such as the Sound Blaster Z or Sound Blaster Zx. 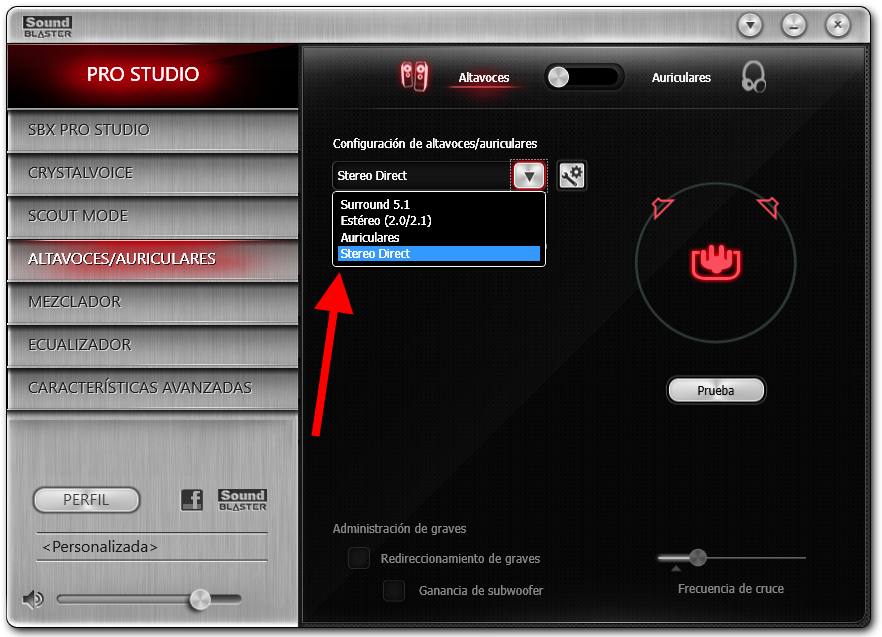 Apparently, the “Reinitialize” button available in “Preferences / Audio” of Renoise can avoid the crash of the program, but it is very likely that Renoise will stop responding quickly and end up closing.This is a serious problem. Renoise should not be unstable because of the change of audio device status (change speaker settings). This problem can cause the loss of the user’s music composition work!

This reminds me of another bug, when connecting a USB microphone. Renoise does not correctly detect the disconnection/connection of the device:https://forum.renoise.com/t/problem-or-bug-detect-usb-microphone-when-reconnecting/48136

It seems 2 bugs related to the change of state of the audio input and output devices.The latest version of Renoise seems to have serious problems in these scenarios.

For the Renoise Team, could you review it?

If there are users with Sound Blaster Z, Zx, ZxR sound cards, could you comment your experience with this matter?

Creative’s Z Series of sound cards has been on the market for about 4 years. It is still sold on the official website of the brand.The latest version of the drivers is dated the 3-23-2017,more than a year ago However, Windows 10 has continued to update, with some changes in the audio configuration panel.

On the other hand, Creative hardly has any competition with internal sound cards, only Asus is, years ago Auzentech was (which disappeared very soon). And the integrated audio of the motherboards can not be compared.In particular, I do not like USB audio solutions, and I do not like Asus software too much. Then, Creative becomes the first solution for many people, despite their continuous protests of drivers and scant updates.

It can not be that the audio players do not have problems when changing the state device in the configuration of the speakers, and a DAW does have problems, and apparently it is not the only one.In the worst case scenario, Renoise should block thesound, but never become unstable by changing the speaker configuration of a sound card. This should be perfectly covered, precisely because there are not many sound cards to consider (less still that they are recent).

This is what is happening:

At the moment, it is highly advisable to make copies of the work constantly, and not to carry out these steps. You can lose the unsaved work.