Hi guys, i just stumbled upon reason+
and it seems pretty fair for 19$ monthly to own everything from reason (like stated in the homepage)
what do you guys think? 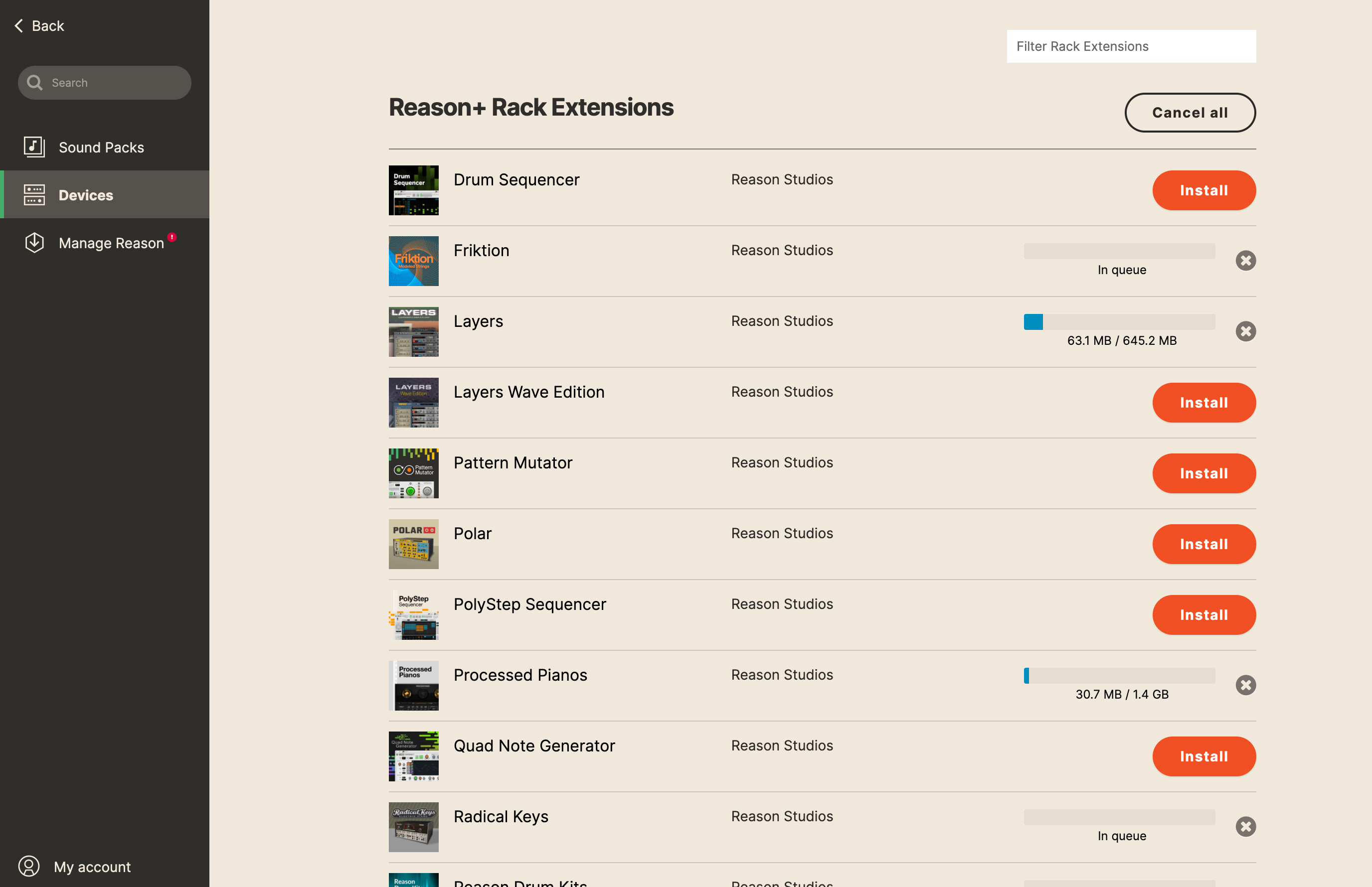 also i’m sure as hell they wouldn’t be adding a lot of ““new”” content to this packs ! there are a lot of refills and pack collections already in the shop that dont sound good imo

i understand why you do not like ‘subscription’ model. I get it totally.
but to me It’s like east-west orchestra 20$ monthly for all-access pass… otherwise i couldn’t afford a single instrument. I do not live nor earn off from music, it’s my hobby in my own spare time… yet this is some sort of compromise… i might hop on train for 1-2 months, then hop-off for 2-3 months or similar… it’s practical…
apart from the reason 11 price, which is 399$…
Also i noticed that they removed ‘reason 11 suite’… hmm
i also agree for ‘rent-to-own’. I think that rent-to-own principle should be applied to every subscription-type-of payment… like for Reason…

yet anyone can use reason 11 for free, by changing email account monthly (by fake/temp mail services upon the first google)

This ain’t it, chief. The Reason I bought Renoise in the first place is because there’s a small one-time payment that’s easily accessible. Of course, version deprecation is apparent because devs have to make some form of cash for their understandably hard work into putting this software, and that’s how it should be more often in other aspects of payment. I’m not willing to be a source of constant money output here. Anyway, that’s my two cents!

Subscription for everything this is what most big companies will go for in the near future.Pay rent for everything and own nothing,but there will always be smaller companies that will not go for this model ( I hope).

This ain’t it, chief. The Reason I bought Renoise in the first place is because there’s a small one-time payment that’s easily accessible.

On its face I strongly dislike the monthly subscription model, but I could be easily swayed if a company is willing to keep the price low and offer significant incentives and content to keep me over the long-term.

I have read the email about Reason+ today. It was only a matter of time before it came. What new feature to offer that will convince the customer to make another purchase? Maybe video editing. The subscription model is easier life for the company, it is more and more difficult to show new stunning features. For example who needs new features in MS Word? Autodesk, Adobe, Microsoft use the same or similar approach. But I don’t like it and don’t want to pay more than I want. I like to own something.

19$ monthly to own everything from reason

The problem is that you will not own anything from Reason. Pay, use it. You don’t want to pay, you have got nothing.
I bought Reason 11 for a discount price last year and it looks like it was a good deal. Not sure now about the release date of Reason 12…

Some things I already subscribe to: Internet hosting, backup services, VPN, MMO games(off and on). With the exception of the games those things are pretty agnostic to the specific data, while an application with a lot of editing functions tends to tie the workflow and the data together.

Subscription is something I’m okay with when the company’s maintaining a utility or an experience for me, but I get antsy where there’s a lack of data portability/sustainability. So, a subscription plugin suite I could grudgingly deal with assuming I go in, render what I need out of it, then cancel, but a subscription DAW would be more troubling since it holds so much more of the project.

I think it can be healthy in that it reflects the burden of maintenance and aligns the value chain a little better with some use cases, but also makes it more of a black box that isn’t to be modified or integrated into something else.

Not only promotional but also an interesting article about the topic. Looks like Reason 12 comes later this year with hi-res resolution and a new synth… 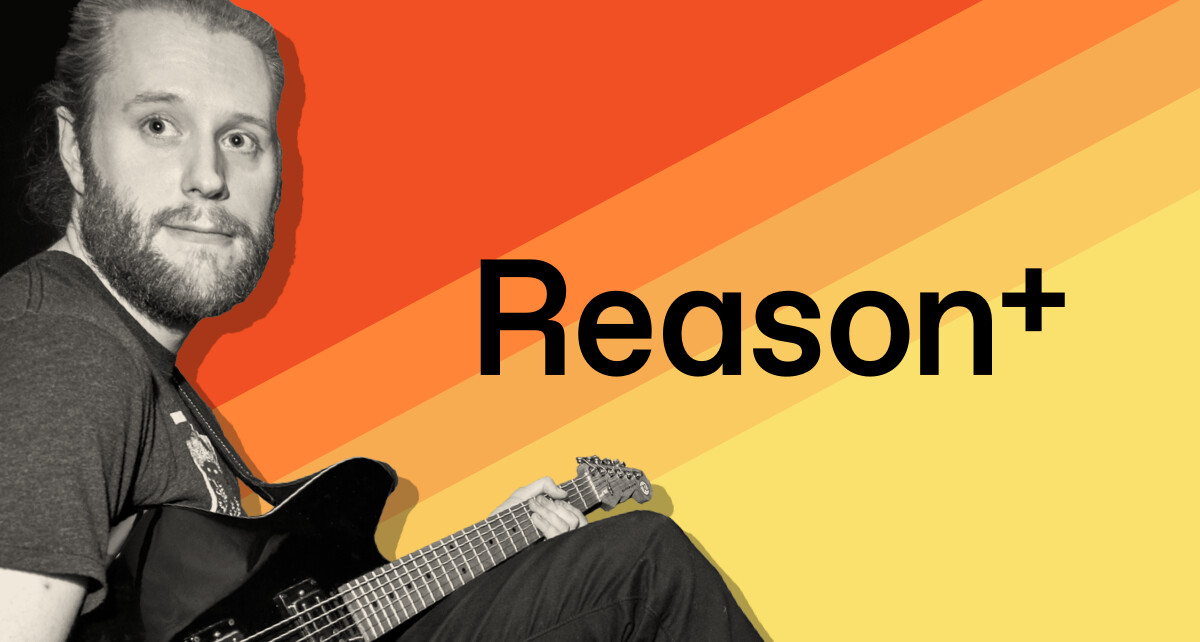 What's next for Reason? | Reason Studios

what do you guys think?

I think that I would rather stop creating music than subscribing anywhere. Don’t subscribe, it’s a cost trap! And you own nothing, instead you’re exposed to the good will of the developer and to technical issues.
That’s the reason why I’m not using VSTs from Roland. As much as I would love to have them, it’s 100% clear that I won’t subscribe. The only reason I would think about it is if I would be a professional musician and would earn a lot of money by using it. That’s why I had to subscibe to Adobe for getting Photoshop. But subscribing anywhere for nothing? Never.

I bought Reason 11 for a discount price last year and it looks like it was a good deal.

Yep, have done the same with Reason Intro during black Friday, mostly for the rack extension possibilities it gives in Renoise, but besides the tiny gui, I really like the quality.

Reason Intro for a discount price was the greatest offer I have ever seen! I bought it first and then I upgraded to full Reason 11. Reason and Renoise are my biggest loves in terms of music…

I too don’t like the ‘pressure’ of having to subscribe to any software. I think Bitwig and Matt Tytel ( Vitals marketing strategy ) have got it right.
With Bitwig you can miss a few/many version updates and step in with a 12 month subscription right at what the latest version is andfor have a year of updates, features etc.

If I think that I have had a good deal on a DAW for e.g Waveform I will support them by buying some of their plugins or soundpacks etc.

I think I just like the Idea that if you pay for something you own it ( owning software is maybe the wrong term, but you feel like you have a fully paid for product )