I’m trying to figure out a way of controlling the knobs in the combinator from renoise. This was possible when rewire was used. Have anyone managed this when used as plugin? I’m thinking of these (A):

I have found work-arounds by mapping any of pitchbend, mod-wheel to for example “filter frequency” of one of the combined instruments. But, it’s just not the same since mod-wheel and pitch already has functions that i will loose.

With rewire, the rotary knobs 1-4 was controllable with M0 + 47-4A, now the same command does nothing.

The values that seems to respond in reason may be the same that reason names “performance controllers” in the bottom of the combinator. (B in image)

Have anyone came across this and solved it? How?

If you happen to use Reason inside Renoise through the free plugin called Element by Kushview “https://kushview.net/element/”, you can first link several parameters from the KV interface to a combinator, and then link Instrument Automation sliders to appropriate parameters inside KV. See the screenshot below: 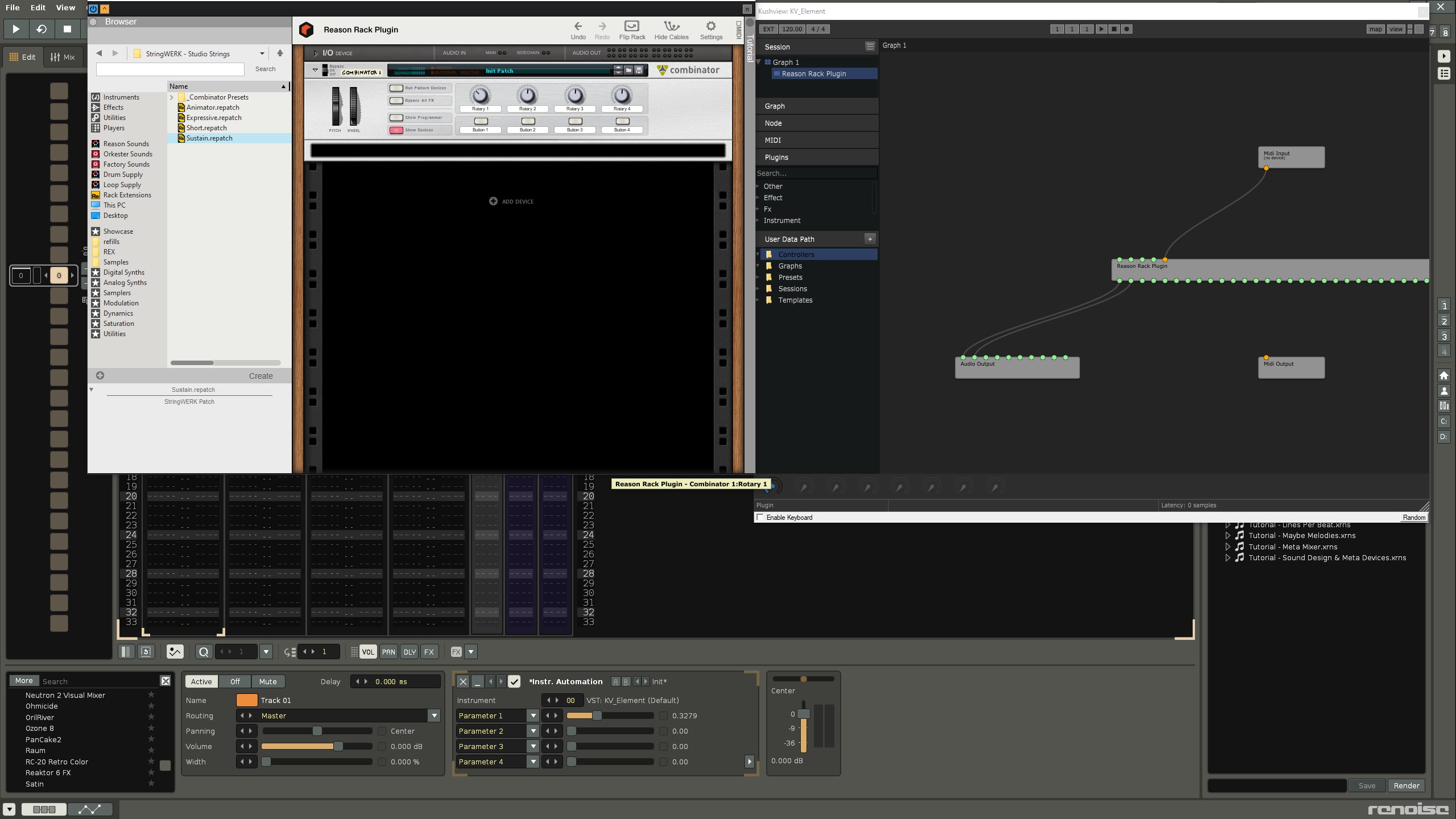 Haven’t used it much though. Waiting for Renoise to get official VST3 support.

No, I’m using vst3shell that i found links to from some other thread here.

So, if I understand you correctly, there will possibly be a better way to control the vsti(3) when renoise gets its support for 3s?

So it’s not reasons fault/standard vst3 behaviour. If I, for example, had run cubase or similiar today i could control the reason rack vst better?

That picture was great… Actually, I found that “instrument automation” and inside it I also found the rotary knobs, and i can turn them from inside renoise!! now i only need to understand how i modify them from inside a track!

You can assign midi to the sliders to record the changes and also automate them by either using tracker effect commands or the graphical automation.

Check out the following tutorial video: 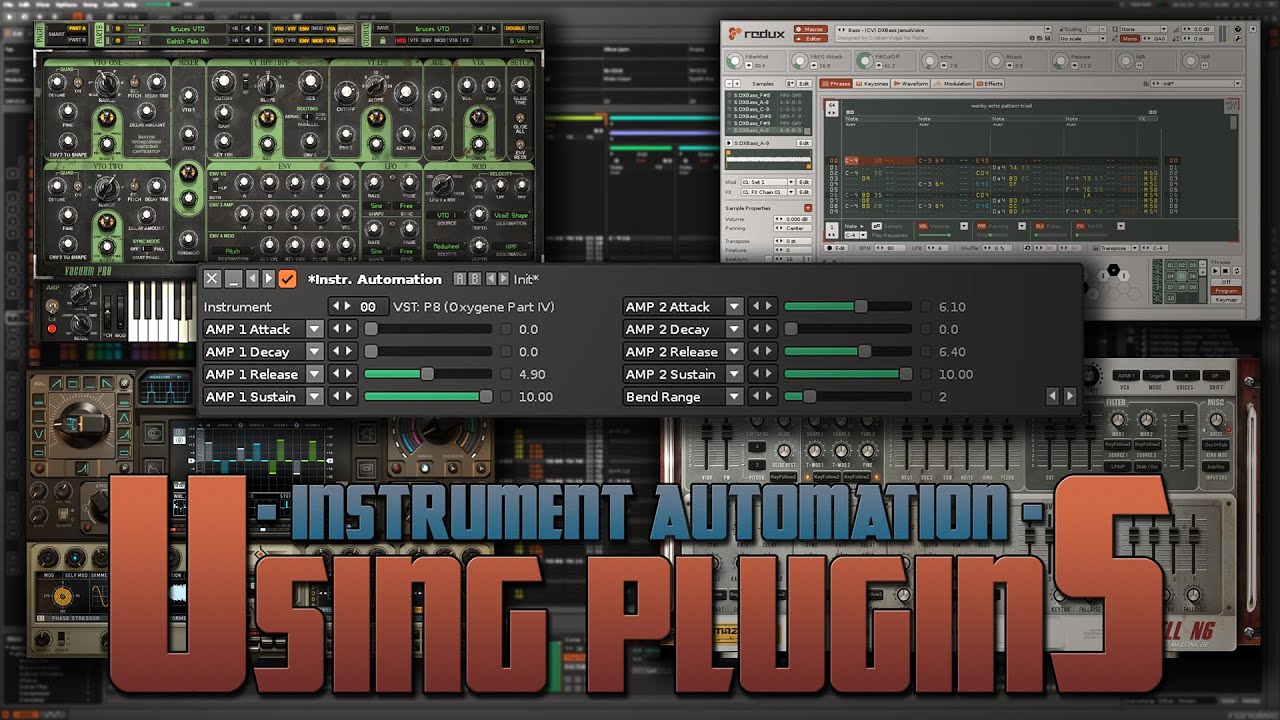 I managed it in the end due to your help.

By adding a new fx-column, opening the small “fx”-dropdown i inserted the correct control. 18 was the secret… my pattern now looks like a hex-editor… 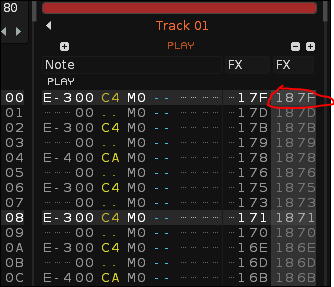 If you move one of the sliders by right-clicking and holding, it automatically creates automation for that parameter. Whether it creates automation directly to fx column or to an automation envelope, depends if you have the following option activated or de-activated:

if you created it as an envelope, it will look something like this: