Track 1 is a mess without good headphones - I need to git gud at mastering, and remember to listen in mono as well when producing! But I’m leaving it as-is, as a memento of my own progress.

Super happy with tracks 3 & 5 though. Especially the instrumental break in track 5 - I even had a minor sound-design win there, a rare moment of something actually sounding almost as I imagined it before the painfully-imperfect process of attempting to capture it in a track.

It’s also rolling out to streaming services as I type. Not quitting my day job, but I’m enjoying myself.

Care to enlighten me? I haven’t knowingly done any such thing. I either haven’t heard the two songs you’re referring to, or wasn’t aware I had them in the back of my head when I was producing it.

I mean, I get that it’s hardly a masterpiece, and not everything can be to everyone’s tastes, but if you’re going to flat out accuse me of plagiarism, could you at least tell me what I’m supposed to have plagiarized? Because I genuinely don’t know.

Common chord sequences do happen. The fact that I’ve apparently copied not just one but two songs is itself evidence of that.

So when you said track one, you meant track three… I understand the mix-up, I put track three as the “featured” track so that’s the one that plays first if you hit the EPs page on bandcamp. I thought you meant the actual track one, for which I didn’t knowingly take anything from anywhere. (It’s track three that plays in the embed in the original post by default.)

Yeah, track three does wear its inspiration on its sleeve a bit. I even tweeted as much myself (https://twitter.com/DepthbufferM/status/1365374233971462149?s=19). But if you listen to it in context with the first two tracks you’ll see common elements across the three, bringing the arpeggio and guitar instrumentation back to tie the EP together as a whole. Plus it’s not like that chord sequence comes out of nowhere, it’s a different ordering of chords I’ve been using all over the first two tracks up to that point. Then track 5 deliberately breaks ties with all of it, taking the tempo down, transposing the chord sequence, reusing none of the same instrumentation, hell it even has vocals which none of the four preceding tracks do. Like I said, I know I’m not the next big thing and have no delusions of grandeur, but there was actually some level of thought put into the whole. (If anything, I would expect some people to criticise it for having too much common instrumentation across the first three tracks, and that maybe four tracks in the same key is overdoing it - there’s “concept”, and there’s amateurism, and I’ve shot for the former whilst undoubtedly having the latter in spades.)

I’m not gonna lie, I even went back and listened to Thriller again to try and judge like “is this too much?” and the organ actually featured far less prominently in it than I remembered. If you think I overdid it that’s fair criticism, but there’s so many iconic elements in both tracks you mention - if you think it’s too derivative, and don’t like the elements that are original, I totally take that on board. This isn’t an Ice Ice Baby scenario where I’m going to say it’s totally different because I changed one note, but it’s also not like I just sampled those tracks, looped it and called it a day.

“The quote in this form was a favorite of Steve Jobs but he was probably (mis)quoting Pablo Picasso who said “Lesser artists borrow; great artists steal” – who in turn might be rephrasing Igor Stravinsky, but both sayings may well originate in T. S. Eliot’s dictum: “Immature poets imitate; mature poets steal; bad poets deface what they take, and good poets make it into something better, or at least something different. The good poet welds his theft into a whole of feeling which is unique, utterly different than that from which it is torn.” – The origins of this quote itself is an example of great artists stealing.” 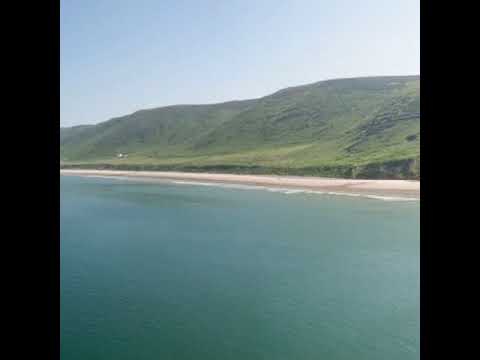 Side note: pretty sure it was indeed Quincy Jones who produced Thriller - not just the single, but most of the album, AFAIK. I think he produced quite a lot of MJ’s stuff, including Smooth Criminal. Breaking off that partnership was one of the things that killed MJ’s career IMHO.

(Man, imagine what a Quincy Jones/Giorgio Moroder collab would be like… a legit one, rather than my poor imitation)

Don’t listen to the hate coming from some members here…
Even if you use parts of thriller: so what ? You are free to do what you want, you can even do a full thriller cover, as far as I know there are no rules to creativity.

Back to actual feedback : Well done ! There is a real style to recognize (like the use of distorted guitars). Keep up the good work

I’m definitely going to keep at it, and take the criticism with the praise - I’ve been away from music for too long, and now just wondering why it took me so long to pick it up again.

Are you from the copyright police or something ? Maybe legal issues are none of your business and he didn’t ask you for legal advice. And yes, when I read your “feedback” post, I read some aggression. If you can’t recognize this, then I’m sorry for you.

It’s all good - I went on the defensive harder than I should have, because I literally thought you were talking about a different track to the one you were. My bad. You’re entitled to your opinion, and I’m fine taking criticism; I didn’t interpret it as “hate” and I hope you don’t think there’s any hate in return!

To be absolutely clear, I didn’t sample Thriller or I Feel Love, that was just an analogy. If I had literally sampled them then yes, I would have to secure the rights to do so.

Please write your own music next time

Says the cat whose tracks are 50% band-in-a-box exports.

This was fun, nicely done.